Pleasures of Reading, Viewing, and Listening 2010
By Lynne M. Thomas 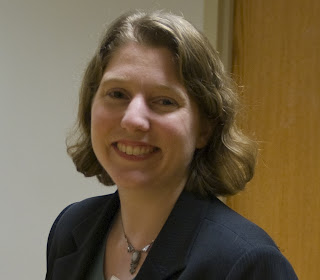 My to-be-read pile is always massive. I didn’t read as many new books this year as I had originally intended, but here are some of the books I did read, and enjoyed. Mary Robinette Kowal’s Shades of Milk and Honey adds the skill of “glamour” (a magic that creates illusions out of light) to the list of a Regency lady’s expected accomplishments, and then sends two sisters (one with the skill, one without) into society, neatly capturing the feel and tone of Jane Austen’s books. Speaking of interesting magic systems, I particularly enjoyed Laura Anne Gilman’s Flesh and Fire, the first in her Vineart War series, a coming-of-age story about an apprentice magician named Jerzy that bases its magic system on the winemaking process. Jerzy’s story is poignant as he discovers his own abilities. N.K. Jemisin’s The Hundred Thousand Kingdoms was a dynamic, well-crafted pleasure to read. Jemisin characterizes flawed gods and mortals with aplomb and finesse. This is the tale of Yeine, an outsider fostered away from the kingdom, who challenges a flawed society to accept a birthright that she isn’t sure she wants. Jim C. Hines’s third princess book, Red Hood’s Revenge, was the grand adventure I’ve come to expect from this series, which began with The Stepsister Scheme. If you appreciate the notion of Snow White, Sleeping Beauty, and Cinderella as Charlie’s Angels, with Red Riding Hood as an assassin, this is the book for you.

Gail Carriger’s Soulless and Changeless were great fun, introducing a Steampunk Victorian England in which werewolves and vampires help the Queen maintain her Empire. Alexia, her protagonist, can defang both through her powers and her wicked sense of humor, which becomes problematic when she falls in love with one of them. Bringing Steampunk stateside, Cherie Priest’s Boneshaker explores an alternate 1880s Seattle where the Civil War never ended and zombies have taken over as a backdrop for a mother’s journey to recover her son, who has gone missing in his attempt to clear his father’s name. Briar’s unflagging determination and grit contrasts neatly with a world that still assumes she’s merely a trophy wife. If you prefer the fantastic to the mechanical, Seanan McGuire’s Rosemary and Rue is a compelling glimpse into faerie through the eyes of a suspicious half-fae gumshoe trying to rebuild her life. 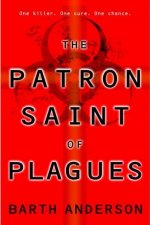 I also managed to read some titles from my personal backlist. I devoured all three books in Diana Pharaoh Francis’s Path of Fate trilogy. I enjoy spending time with Rieseltark, the protagonist, so very much; she bristles and fights against her fate, but always comes through with grace, humor, and a bit of prodding from her companion animal. Barth Anderson’s The Patron Saint of Plagues, a tightly plotted epidemic novel, places scientific and religious methods of coping with disease and death up against one another, shining light on both. Jay Lake’s Mainspring describes a clockwork world that is experienced radically differently depending upon where you live in relation to the mechanism. His protagonist, Hethor, is spurred onward by a visitation from the Archangel Gabriel and charged with rewinding the world. I also finally read Tooth and Claw by Jo Walton, a book that I enjoyed so much I berated my friends for not having forced me to read it sooner. Walton’s novel of manners, written in a Trollopesque style to match, where all of the characters are dragons, may have hit every “happy reader” button that I have. I also enjoyed playing catch-up on Charlaine Harris’s Sookie Stackhouse novels.

Series Five of Doctor Who, starring Matt Smith in the title role, was enchanting, and provides another great entry point into the series. Don’t let Matt Smith’s apparent youth deter you: he is most definitely the Doctor, and plays the role as weary traveler in a young man’s body, often echoing the performances of previous actors to play the role in its original run.

The BBC revamp of Sherlock (starring Benedict Cumberbatch as Holmes and Martin Freeman as Watson) is a deftly executed modernization with a sly sense of humor. Holmes and Watson’s burgeoning friendship and their need for each other to function effectively in life and in mystery-solving are emphasized to great effect. The final episode ends on a cliffhanger, so be warned that you might be yelling at the television after the last episode, as I was. I’m greatly looking forward to the next series.

There were two things I saw this year that truly pleasantly surprised me. An older SF film that I hadn’t seen at the time of release, Eternal Sunshine of the Spotless Mind is a thoughtful exploration an SF concept, telling the story of a couple who choose to erase painful memories of their relationship after they break up. Jim Carrey and Kate Winslet turn in astonishingly nuanced, emotional performances, and the direction is visually arresting. I was particularly pleasantly surprised by an ending that managed to be uplifting without becoming pat or saccharine.

My other pleasant surprise comes out of a series of cartoons and animated films based in the DC Character universe, all produced by Bruce Timm. My taste in comics tends to run much more towards independent titles than superhero stories, but Cartoon Network’s Justice League: Unlimited demonstrates the kinds of epic storytelling that can happen with superheroes if you take the time to get it right. JLU uses an extended cast of the more obscure DC Universe superheroes and villains (Black Canary, Booster Gold, and Deadshot, for example) in addition to the seven core members of the Justice League (Wonder Woman, Hawkgirl, Martian Manhunter, Superman, Batman, Green Lantern, and the Flash) and their respective villains. JLU tells stories where even the “lowest-powered” superheroes have something to give, often solving problems that flummox the core members who have become so far removed from humanity. Also, Batman sings. (It’s brilliant. Just trust me on this.) Sharp-eared viewers will also note that the voice casting directors of the series are clearly big Firefly fans; nearly all of Firefly's alumni (and several other Whedonverse favorites) lend their voices to characters for this series.

As a result of my enjoyment of Justice League: Unlimited, I spent some more time reading comics and graphic novels this year, and superhero comics in particular. Because I have developed great affection for JLU’s Black Canary, I sought out Gail Simone’s initial run on Birds of Prey. Oracle/Barbara Gordon, Huntress, and Black Canary, who make up the Birds of Prey, are superheroes and friends who actually talk to one another over dinner about their lives. Simone demonstrates that having great action sequences in superhero comics featuring female characters need not preclude treating them as interesting people with complex motivations for their actions. Simone’s Wonder Woman run is also worth a look; it lends depth, pathos and humor to a character whose massive powers seem to flummox other writers on occasion. In non-superhero comics, I need to mention Greg Rucka’s Queen and Country. This is among the best, most wrenching storytelling I’ve seen. Rucka weaves a tale of a female MI6 agent who must actually face the emotional, political, and bureaucratic consequences of her work, in an effective critique of the James Bond franchise. It’s also worth checking out Jen Van Meter’s Hopeless Savages, which tells a charming tale of a family headed by two former punk musicians trying to navigate suburban life when the parents are kidnapped, and the kids need to save them.

While I’m not a huge podcast listener, I want to point out one that I think does an excellent job: Galactic Suburbia. (http://web.me.com/aifinch/TPP/Galactic_Suburbia/Galactic_Suburbia.html). Alisa, Alex, and Tansy have a lively discussion of the SF universe with a feminist bent and a wicked sense of humor. I particularly enjoy that in addition to taking on the issues of the day, they make a point of discussing things that they love, too.

My music tastes are eclectic and not particularly edgy, but I’m enjoying Belle & Sebastian’s new album, Write About Love. St. Vincent’s work continues to grow on me as well. I’ve returned recently to Tori Amos’s The Beekeeper as one of my editing soundtracks. When I need to reaffirm my faith in humanity, I need look no further than Carrie Newcomer’s work; My True Name remains one of my favorite folk albums of all time.

That was the year that was. There were many things that gave me pleasure, and I look forward to many more in 2011.

Lynne M. Thomas is the Head of Rare Books and Special Collections at Northern Illinois University, where she is responsible for the archives of over 40 SF writers as part of NIU's popular culture collections (http://www.ulib.niu.edu/rarebooks/sciencefiction.cfm). She is also the co-editor of Chicks Dig Time Lords: A Celebration of Doctor Who by the Women Who Love It (Mad Norwegian Press, 2010) and the forthcoming Whedonistas: A Celebration of the Worlds of Joss Whedon by the Women Who Love Them (Mad Norwegian Press, March 2010).

Posted by Timmi Duchamp at 1:13 PM

Thanks for the Galactic Suburbia mention!

I can't believe in all my raving about Doctor Who & Fringe this year, I forgot about Sherlock!

Also my experience with the DC cartoons and particularly JLU has been similar to yours - I bought it in the hopes of finally finding a Supergirl property I could share and enjoy with my 5 year old and was delighted to find that it surpassed my expectations, and made her a fan of Fire, Huntress and Black Canary as well as Supergirl.

I also really enjoyed the beginning of "Batman the Brave and the Bold" which deals beautifully with one of my favourite beta heroes, Blue Beetle, though its gender balance is sadly disappointing after the glory of JLU.

My pleasure! I love listening to podcasts that crack me up. :-)

Batman: The Brave and the Bold is also awesome, despite the gender imbalance. I'm a big fan of a Batman who has a sense of humor about himself, rather than being Dark for the Sake of Dark.