The Pleasures of Reading, Viewing, and Listening in 2010, pt. 15: Kristin Livdahl

Reading and Viewing Favorites of 2010
by Kristin Livdahl 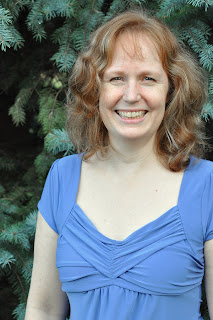 I read so many great books this year that it is hard to focus on just a few, but I will. The wonderful combination of the business of cooking and love in Poppy Z. Brite's Second Line really appealed to both the foodie and romantic in me. The book includes two short novels focusing on the beginning and later years of the life-long relationship and intertwined careers of two men, G-man and Rickey. It made me eager to seek out the two novels, Soul Kitchen and Liquor, that these stories book-end.

Justine Larbalestier's young adult novel Liar was clever and surprising. I adored the main character, Micah, who is the most wonderful of unreliable narrators.

While I enjoyed the first book in the young adult trilogy by Suzanne Collins, The Hunger Games, the most, Mockingjay, the final book, was a strong finish for the series. The main character, Katniss, is an independent young woman who can take care of herself and her family without any special powers. It was a nice antidote to the more typical helpless female characters in some popular young adult series.

In Blackout, Connie Willis returns to her world of time-traveling historians of previous work such as Doomsday Book. Despite some minor quibbles about technology, I felt like I was side by side with her characters through their harrowing adventures in and near London during the Blitz. 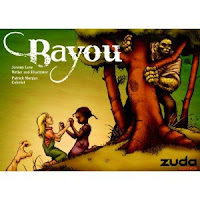 I discovered two webcomics this year that I've been recommending to anyone who will listen. Bayou, by Jeremy Love, is set in Mississippi during the 1930s and follows young Lee Wagstaff through her dark encounters with racism and creatures from southern and African American folklore. Both the writing and the artwork are rich and lush. Originally available from the now defunct Zuda Comics, you can now purchase the first volume, which collects the first four chapters as a graphic novel. The second volume is coming out in January. I also found it available by download through the ComiXology and Sony. The first chapter is free, so you can try it out. I was able to download it to my iPhone with the ComiXology app.

Digger, by Ursula Vernon, can be found here. Digger (short for Digger-of-Unnecessarily-Convoluted-Tunnels), a wombat, finds herself negotiating a strange world inhabited by characters such as the god Ganesh and a matriarchal hyena society.

For movies, I'd recommend the grim and tough Winter's Bone, winner of the 2010 Sundance Grand Jury Prize. Jennifer Lawrence is absolutely amazing as 17-year-old Ree Dolly, raising her young brother and sister and caring for her ailing mother while trying to find her missing, meth-cooking father.

I also recommend Restrepo, a fast-paced, eye-opening documentary by Sebastian Junger and Tim Hetherington that follows their year embedded with a platoon in Afghanistan's Korengal Valley, one of the toughest deployments in the world.

Ink is a dark, action fantasy about love, sacrifice, and redemption. The story follows Emma, wonderfully played by the young Quinn Hunchar, who is stolen from her bed into a battle between good and evil, and, her father, John, who is facing his own battle.

While Ink has an epic feel, Lo, also a dark fantasy with themes of evil and love, is more personal and heavy on dark humor. Justin summons a demon to help him find his missing girlfriend, April. Lo has the feel of a play and is almost all dialogue between the Justin and the demon, Lo, with a few staged flashbacks. 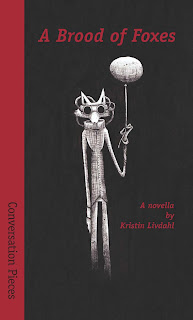 Kristin Livdahl lives in a suburb of St. Paul, Minnesota and works in animal welfare. Her novella, A Brood of Foxes, will be appearing in January from Aqueduct Press as volume 29 in the Conversation Pieces series. She runs Rabid Transit Press with Christopher Barzak and her husband, Alan DeNiro.