A detail from Robinson's Galileo's Dream

I've been slowly working my enjoyable way through Kim Stanley Robinson's Galileo's Dream. I'm about two-thirds of the way through (it's a big book!) so I can't review it yet or offer any substantive comments other than that Robinson has drawn an amazingly vivid, plausible character who is very much of his time in the way most historical figures in fiction tend not to be. (For an excellent review, check out Nic Clarke's here.) An interesting aspect of reading the novel at such a leisurely pace is that I'm finding that details from the book linger in my thoughts, long after the scene in which they occurred, and because of that leisurely pace, I've granted myself ample time to think about them. One of these details in particular is affording me immense satisfaction. I'm not sure why, but I suspect it's because I am so often vexed and irritated by novels embedded in history. Of course Galileo, in this novel, is set in at least one alternate timestream to our own (at least so far as his own personal biography is concerned). The passage in which the detail is set depicts Galileo talking with Hera, a woman he is visiting via "entangler," living in the 31st century. Hera has just mentioned that a century before, people in her culture were in favor of spending enormous amounts of energy ("the complete sacrifice of the two outermost gas giants") placing entanglers in various times and places in the past. She remarks,


"It has all since been reconsidered. By no means everyone agrees it was a good idea."

"I should think not," Galileo said. "Why did they do it at all?"

"Some wanted to retroject science analeptically into a time earlier than it had naturally appeared, in the hope of making human history a bit less dire."

"Why bother, now that you are here?"

"The intervening years were more dire than you know. And we are not just here; we are there too. You are not really comprehending what I have told you.We are all connected and alive in the manifold of manifolds."

Galileo shrugged. "Things still seem to happen one after the next."

She shook her head. "In any case, what you see here is a damaged and traumatized humanity. It was felt for a while that work on the past could make that better. A kind of redemption."

And then Galileo, bored, changes the subject.

There are two sets of thoughts that come together for me when reading this passage. The first set of thought is about how an educated person living in early 17th-century northern Italy conceptualizes the past. For such a person, their image of the past is likely to be the one conceptualized by the humanists in the previous three centuries: that the peak age of man lay in the past-- in classical Greek and Roman cultures. (Vico, one of the earliest intellectuals to think about history as History, was born in 1668, a couple of generations' Galileo's junior.) The whole idea of the "Renaissance," after all, is tied up with the idea of leaping over centuries of the past, to try to recover (and maybe even "progress" from) what has been lost. It's rather sad, actually, to think that they had so little sense of more recent history and thinkers (say, those in the eleventh and twelfth centuries) that they did some reinventing of the wheel (again!). Robinson correctly depicts Galileo as feeling irked by the authority of Aristotle (Aristotelian and Aristotelian-derived texts hung in there pretty tenaciously throughout the middle ages, not least because Arab scholars passed them along)-- but at the same time viewing Archimedes as one of his few equals (in all of history). But not many thinkers of Galileo's time thought of history as a flow of events that could be studied for itself (rather than a chronicle of the past that can be ransacked to prove one genealogy or another, whether of political entities (cities or states), theology and ecclesiology, families, possession of property, ideas, etc).

Since Natalie Zemon Davis's History's Two Bodies is still somewhat fresh in my mind, I couldn't help but thinking of the image she considers about "giving to History" and then dismisses as "too unchanging, too sober." :


For a time, I considered adopting the Angelus Novus, the new angel of Paul Klee's watercolor, which Walter Benjamin acquired in 1921 and kept with him until he fled from Paris in 1940. You will recall that Benjamin, in one of his last aphorisms, made this the angel of history: "His eyes are staring, his mouth is open, his wings are spread.... His face is turned toward the past. Where we perceive a chain of events, he sees one single catastrophe which keeps piling wreckage upon wreckage and hurls it in front of his feet. The angel would like to stay, awaken the dead, and make whole what has been smashed. But a storm is blowing from Paradise...[It] irresistibly propels him into the future to which his back is tuned, while the pile of debris before him grows skyward. This storm is what we call progress.

Hera of course is aware not only of history as an accumulation of wreckage, but also that the wreckage cannot be escaped-- even if one physically moves off the planet on which the wreckage has occurred. The wreckage is part of who one is. The idea of making history less "dire" is a dream, of course, of removing that weight of that wreckage from who humans are. There's certainly a good deal of irony in the 30th-century people imagining that if they managed to start the scientific revolution earlier (say back in Archimedes day) the wreckage could be avoided. Galileo's notion of his own genius-- absolutely characteristic of early modern thinking-- is a sort of index of the larger problem that is, of course, invisible to him. (See, for example, Michael Swanick's Jack Faust.) 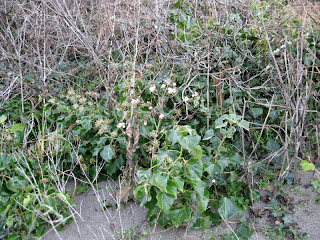 Of course, now that I've started working on my novel again, I might not be able to keep reading it, at least not until the residency is over and my attention is no longer being held captive.
Posted by Timmi Duchamp at 3:14 PM