The Pleasures of Reading, Viewing, and Listening in 2010, pt.5: Tansy Rayner Roberts

The Pleasures of Reading, Viewing, and Listening in 2010
by Tansy Rayner Roberts 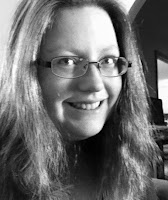 Television: It’s hard to go past New New Doctor Who as the Everything Highlight of the year, not just TV. I had high hopes for Stephen Moffat’s new take on the show, and had faith that the funny looking lead actor and that skinny redhead in the sexy police uniform would turn out to be far better than everyone else seemed to be dreading - but even with my high hopes I was blown away by how good Season 5 was, how swiftly Matt Smith’s Doctor became iconic, and how beautifully all the pieces of the story slotted into place. I’d have been there for the ride no matter what, but this version of my favourite TV show of all time made me a fan all over again.

Cinema: Harry Potter and the Deathly Hallows (part one) has completely re-energised my interest in the Harry Potter franchise, which took some doing. It’s not the best or most coherent movie in the world, and I’m not sure whether it will make sense to anyone who hasn’t read the books, but I was joyfully surprised, and particularly enjoyed the brief but memorable performances of many favourite minor characters (okay, mostly the Malfoys).

Podcasts: I listen to podcasts more than I consume any other media these days! My favourites this year have been those which match my favourite obsessions: the classic Radio Free Skaro and feisty, funny newcomer The Ood Cast to cover Doctor Who; the classic Arsecast and feisty, funny newcomer Up For Grabs (featuring Alan Davies) to cover the highs and lows of my beloved Arsenal football club; Boxcutters (which manages to be classic AND feisty AND funny) for the Australian take on current TV; Bad Film Diaries to cover cinema news, and Notes From Coode Street Live with Gary K Wolfe for industry gossip and analysis. No, I can’t just pick one. They were all fantastic this year.

Music: The Indelicates’ Songs for Swinging Lovers has been my album of the year, a soundtrack to my novel-in-progress. I love the grim sense of humour and bleak romanticism in their lyrics as well as the scraping, haunting instrumentals - “Roses” and “Savages” are my favourites. On a completely different note, I want to put in an honorary mention for Laura Simpson’s free (on iTunes) The Ood Cast Album, full of the brilliantly funny filk songs that she does for the podcast, one to match each episode of the new season of Doctor Who. “Amelia Waits” to the tune of the old Dawson’s Creek theme tune, and “Wipe Your Lips, Mate,” a homage to The Streets and River Song’s hallucinogenic lipstick, are particularly awesome.

Live Event: I went to my first Hugo ceremony at Aussiecon4 this year, but that really couldn’t compare to the experience earlier in the day when I got to sit in on a live recording of the Boxcutters podcast, featuring guests Paul Cornell and Robert Shearman as well as regular presenters Josh Kinal and John Richards. Comedy gold!

Reading Short Fiction: Rachel Swirsky’s fantastic feminist fantasy novella "The Lady Who Plucked Red Flowers beneath the Queen's Window," from Subterranean Magazine was my story of the year, closely followed by “Seven Sexy Cowboy Robots,” by Sandra McDonald at Strange Horizons, and “Yowie” by Thoraiya Dyer in the Australian suburban fantasy anthology Sprawl (Twelfth Planet Press). I also loved the black humour of the YA anthology Zombies v. Unicorns.

Reading YA: It was a particularly fabulous year for YA novels - Holly Black began a crunchy new series featuring mobsters and magic with The White Cat, Sarah Rees Brennan outdid last year’s excellent debut with her snarky and clever The Demon’s Covenant, John Green & David Levithan teamed up to produce an extraordinary novel for young men with Will Grayson, Will Grayson, and New Zealand author Karen Healey had a powerful debut with the dark and mystical Guardian of the Dead.

Favourite Non-Fiction: I’m back to Doctor Who again with the excellent essay collection Chicks Dig Time Lords, as well as the revamped and extended The Writer’s Tale: The Final Chapter, by Russell T Davies and Benjamin Cook. As regards to the latter, I do really hate paying again for the same book, even though I told myself I was only paying for all the new text rather than the old, but it was completely worth it. I also really enjoyed The Secret Feminist Cabal, by Helen Merrick, and The WisCon Chronicles IV, edited by Sylvia Kelso, and finally managed to inhale the mind-blowing How to Suppress Women's Writing, by Joanna Russ.

Novel of the Year: while I especially enjoyed Alaya Dawn Johnson’s 1920’s urban fantasy Moonshine, the dark humour of Trent Jamieson’s Death Most Definite, Mira Grant’s emotionally wrenching SF political thriller (with zombies) Feed, and Mary Robinette Kowal’s Jane-Austen-with-magic Shades of Milk and Honey, the best novel of 2010 for me has to be the stark and deeply affecting African post-apocalyptic magical epic Who Fears Death, by Nnedi Okorafor, a book which changed the way I look at the world.

Tansy Rayner Roberts is a Tasmanian fantasy writer, author of Siren Beat and Power and Majesty: Creature Court Book One.  She blogs at tansyrr.com, reviews short stories with the Not If You Were The Last Short Story On Earth crew, and is one of the voices of the Galactic Suburbia podcast.  You can find Tansy on Twitter at @tansyrr.
Posted by Timmi Duchamp at 10:15 AM