The Pleasures of Reading, Viewing, and Listening in 2010, pt.1: Ursula K. Le Guin

Novels. I’ve read an awful lot of good books this year, and more than usual were new. The three from 2010 that top my list are A.S.Byatt’s The Children’s Book, Barbara Kingsolver’s The Lacuna, and Jose Saramago’s The Elephant’s Journey.

They have nothing in common that I can think of except that they were all written by very good writers at the top of their powers.

I think the Byatt a much more thoughtful and interesting historical novel or period piece than Possession (which seemed to me quite artificial, particularly the rather crude pastiches of Victorian writing). This is a genuinely big novel, brilliantly organised, and, a couple of predictable situations excepted, it rings very true emotionally, it is a powerful book.

The Kingsolver, also historical, is gorgeous in detail and construction -- a beautiful book, quite unpredictable, and untouched by the over-earnestness that has derailed some of her novels.

As for old Saramago, what can I say? I feel privileged to have lived while he was alive. The Elephant’s Journey is short, dry/sweet, subtle, and a joy in every way. A glass of very, very good champagne.

Poetry. When I was in college in Massachusetts, Robert Frost was treated like God. This turned me off him for decades. I finally outgrew the ancient, silly rebellion. We are reading the entire Collected Poems aloud, evening by evening. Amazing, amazing! God he isn’t, but good he is.

Films. In the Valley of Elah. A couple of years old now, the movie said what needs saying about our war(s). And therefore lasted about five minutes in the theaters. Terrific acting. A heartbreaker. 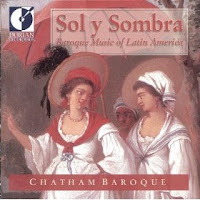 Recordings. OK, a little esoterica? My pet CD this year is called Zarambeques (‘Musique d’Abord’ from Harmonia Mundi) -- Spanish guitar (mostly) music, from the 17th and 18th centuries. If you are a nut like me about guitar, Spanish, Baroque, go hunting for this one -- the music and the musicians are totally satisfying. And if you aren’t, then you don’t have to worry about trying to locate it. But Harmonia Mundi isn’t actually all that hard to find.

Krazy Kat. Fantagraphics, in Seattle, blessed be their name, continues to publish their series of George Herriman’s Krazy Kats from the over twenty years they ran in Sunday and daily papers. A marvillis finhominy! I’m all aflutta and gooze pimpil.

And a happy Hogmanay to all!

Ursula K. Le Guin has written many books and won many awards and at 81 makes awesomeness look wonderfully easy. Aqueduct Press published her collection of essays, Cheek by Jowl, in 2009 and 80! Memories and Reflections on Ursula K. Le Guin, a collection honoring her 80th birthday, edited by Karen Joy Fowler and Debbie Notkin, just two months ago. She blogs at Book View Cafe.
Posted by Timmi Duchamp at 1:25 PM

It's a funny coincidence that you mention the Krazy Kat books: I just saw these yesterday at the bookstore I help run; we got them in, a bit late, for the holidays. The reproductions are excellent and I spent several minutes looking through them, and of course put aside a set for myself! We also got some copies of The Kat Who Walked in Beauty, which is a gorgeous hardcover of some of the earlier daily sequences. it shows the evolution of Herriman's work superbly. I lost more work time perusing that!

The Lacuna is in my fiction queue as well. I have heard great things from everyone who has read it thus far.

Thanks for these recommendations! By coincidence, I had just looked at The Elephant's Journey on the new books table at Women and Children First here in Chicago, and was considering picking it up. After this endorsement it's going to the top of my reading list.