The Pleasures of Reading, Viewing, and Listening in 2010, pt. 8: Nisi Shawl

Listening and Looking, and a Little Reading
by Nisi Shawl 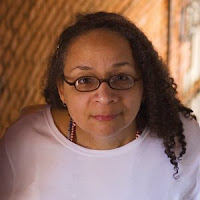 Two words sum up the music that gave me pleasure in 2010: Michael Jackson. Investigating him in the course of writing a fantasy story, I discovered the genius I’d managed to ignore while he was alive. Want to hear what I heard? See what I saw? For these purposes, Google is your friend. My favorite music video is the live-in-Kansas City version of “Another Part of Me.” The one where Michael discovers mid-tune that his fly’s unzipped. He’s adorably embarrassed. But the performance of Billy Jean where he premieres his version of the moonwalk is so brilliant it lights me up like a string of electric stars. And the early J5 tapes are amazing feats of athletic prowess in which he and his brothers sing complex harmonies and counterpointed melodies while practically standing on their heads. It’s all good.

After watching as many music videos as I could search-engine up, I created an MJ Pandora station. I listen to it everyday. You know how Pandora works: doesn’t play only what you expect to hear but bases its song rotation on some obscure algorithms and occasionally goes wrong. In amongst the Motown I heard a strangely moving song by a two-woman vocal group called Floetry: “Butterflies.” It made me cry for no reason. Then Pandora played Michael Jackson’s cover and I understood....Listen. Listen to dat. Nothing more I can say on the subject.

Looking alone
I saw two films in 2010. My book discussion group, the Octavians, watched Moon, and it was excellent, creepy and fun. I watched This Is It five times. This Is It is a documentary about the prep for MJ’s 2009 fifty-concert gig, the one his death canceled. My thanks to David J. Williams, who told me to see it. You should, too. If you already have, watch it again.

And okay, reading
I’ve read some books this year. They had nothing to do with Michael Jackson.

The Octavians have already discussed ten titles including the aforementioned movie, and we’ll be covering one more in our upcoming December meeting. My favorite books were all rereads: Bruce Sterling’s Distraction, Philip K. Dick’s The Man in the High Castle, Graham Joyce’s The Limits of Enchantment, and Galatea 2.2 by Richard Powers. I was most pleasantly surprised by how well the Dick stood up (pun intended). Its racial and cultural politics were interestingly nuanced and way better than one would think they’d be, considering the book first appeared in 1962.

I read twelve books so I could review them for the Seattle Times, and a thirteenth to write a still-unpublished review for Ms. Magazine. I liked all of them. The Times asked me to pick one, only one, for their Best of the Year list, and I had no doubt which that should be: Horns, by Joe Hill. That book is funny, appalling, metaphysically challenging, fat with poetic juiciness, and burning with style. But there were plenty of other pretty strong contenders for best among the rest so I’m listing them below.

Last year I promised to write a steampunk novel set in the Belgian Congo. This year I’m doing it. The work is research-heavy and involves lots of highly pleasurable reading. My favorite sourcebook so far: African Reflections: Art from Northeastern Zaire, by Enid Schildkrout and Curtis A. Keim. As you’d guess from the subtitle, Reflections includes many pictures of exquisite ivory hair pins; throwing knives with multiple, complexly recurved edges; musical instruments whose tuning heads are modeled on fantastical beasts; hats constructed of snail shells and eagle feathers; and much more beauty than I could summarize here. But it also contains helpful photos of daily activities among the Mangbetu and Zande peoples during the late 19th Century. And the text is deep. Here are some sample chapter titles: “Music and Dance in Northeastern Zaire,” “Dealing with Destiny,” “Mangebetu Social Organization in the Early Colonial Period.” Most informative. Kath Wilham borrowed a copy of Reflections from the UW library so I could refer to it; I’m going to have to buy one for keeps.

My picks for 2010 (in no particular order)
Maybe I’m forgetting something, but this list includes all the stuff I can think of:

Nisi Shawl writes not only reviews, but also wonderful fantasy and science fiction stories. Fourteen of them have been collected in Filter House, which won the Tiptree Award and was a finalist for the World Fantasy Award and was published by Aqueduct Press. She is also the co-author, with Cynthia Ward, of the acclaimed writing handbook, Writing the Other: A Practical Approach, another Aqueduct Press publication. Nisi is currently editing the next volume of The WisCon Chronicles, forthcoming from Aqueduct in Spring 2011, and she will be the Guest of Honor at WisCon in May.

Posted by Timmi Duchamp at 9:02 PM