The Pleasures of Reading, Viewing, and Listening in 2010, pt. 6: Rebecca Ore

What I've Been Reading and Not Reading
by Rebecca Ore 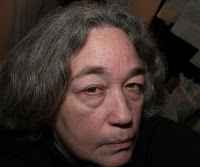 My Spanish language books stacked on the other side of my Nicaraguan-made table remind me that I need to learn better Spanish. I've got a La Metamorfosis by Franz Kafka, Narraciones ejemplares de Hispanoamerica, and two books by Federico Garcia-Lorca, and Popol Vuh. The local liberias (basically stationery stores with some books) have the Ruben Dario autobiography plus a range of other books, including European Spanish classics, and a tienda that sells everything has, among other books, translated Joyce Carol Oates.

The only English language books I brought with me were a North American bird guide, two guide books to Nicaragua (I recommend the Moon over the Lonely Planet as chunks of what the LP book says about Jinotega is wrong, not that 2/3rd of the discos mentioned in the Moon aren't closed, too), and Samuel R. Delany's About Writing. I brought the 2009 Dr. Who Christmas Special in two parts, which made a nice gift to the computer kids who run the repair and sales shop on the way to the hotel with the WiFi hotspot I use. They let me take a blank DVD with a promise that I'd pay later (gringos either have a reputation for being honest or we're just really conspicuous, or both).

A Welsh couple (their dog introduced us) has been loaning me books from their library and in thinking about this essay, I realized that while I remembered a title, On Chesil Beach, I'd forgotten the name of the writer, Ian something, which reminded me of something most writers forget, that the relationship is between the book and the reader, not between the reader and the writer. After John Ashbery left a New York party, someone sat in his seat and then characterized him as a mushroom who produced the greatest contemporary American poetry.

As a baby writer, I cared about writers and the gossip about writers; as a reader, I read and enjoyed a lot of Ballard short stories without connecting them to the name associated with the various experimental novels that I hadn't been so taken with as a 21-year-old reader who also read William Burroughs and Michael Brownstein.

Chip's book now has a whole lot of annotations, underlinings, and comments about how William Burroughs and Frank O'Hara were more perceptive about say, popular media, than most academics, plus lots of places where I agree with him.

Meanwhile, I've been reading P.D. James enough to get the pattern there. One murder brings our detective to the scene and another murder makes him bear down harder to solve the case, which was done by the person who had sufficient ink but not the majority of the ink as we meet the other people at the crime scene. James writes better than most mystery writers and I steal some of the perceptions.

George Eliot's Daniel Deronda gave me a taste for more George Eliot though I had some objections to the sentimentalization of Israel as a goal for all Jews. Nicaragua has been described by racist Costa Ricans as a “volatile mix of whites, blacks, indigines, Arabs, and Jews” which strikes me as missing the Chinese immigrants (Chinese whose ancestors migrated in the 19th Century run a store that we all call the Chinese store) but otherwise being a rather wonderful mix of groups and people. The Arabs are Palestinians traveling on Turkish passports; the Jews are either Sephardic from early settlement or Russian Jews who decided to go neither to Israel nor the US. Eliot improved on her own earlier biases, but one does get an impression that Jews for her are still an exotic people who would be happier if they had a homeland of their own, over there. Hybrid vigor interests this Manhattanized Southern townie now living in Nicaragua far more.


Richard Russo's Bridge of Sighs had some other sentimentality that's more contemporary, about the relative happiness of being the small town boy vs. the anxieties of ambition and achievement in exotic foreign locations. Artist stands in for writer, and not all that convincingly. A culture where the artist is the hero rather than his canvases is broken.
Somewhat ironic considering that I'm in Jinotega, Nicaragua.

I've also read Zora Neale Hurston's Their Eyes were Watching God, and Charlotte Bronte's Villette. Hurston's split of narrative voice as neutral educated American and dialogue in black creole is interesting. I'd taught Hurston's essay on how racism was the racist's problem, not hers, as racists were simply depriving themselves of her wonderful company, and felt that she was right in some ways yet she still spent the last decade of her life poorer than I hope any writer with that track record and those books would be today, and that was what racism did. Hurston shows dialect speakers as fully-complex people, and blacks as various, from competent but uptight businessmen to anything else. Unlike Eliot, she speaks from within the culture as well as from her education that gave her a perspective on the culture.

Bronte's Villette is more distanced than Jane Eyre, and lacks that book's sadistic end game of having the blind male at the female's mercy. Her various heroines know the latest in scientific discoveries of the day (one mentions mammoths) and all are working to have as much control of their own lives as they can under the constraints of the day. A book I'll probably borrow again. Interesting structure of disappearing and reappearing characters.
At least one local lawyers reads John Grishom. I'm not quite sure what this means.
I also read street and business signs. Having a medical education in Cuba is something people put on their office signs. I muddled some of the way through a local Nicaraguan Communist Party flyer – the NCP disapproves of Ortega, too.

The simplicities we see from the US, whether we're right-wing or left-, disappear at closer range. Still interesting here after four months, and I've got a range of things to read once I learn Spanish better, from El Gueguense, a trilingual satire about the Spanish written by an anonymous indigenous writer in the 1600 (the indigenous people here were often urban traders, and often still are and 70% of the population is mestizo) to Carlos Fonseca's works.

Poets sell their pamphlets door to door; book vendors come into cafeterias selling short novellas as single volumes (my Spanish-language Kafka came from such a dealer). I'm learning to read Jinotega, a departmental capital of about 50,000 in a narrow valley at 1,000 meters surrounded by rocky hills grazed by cattle with excellent balance.

Rebecca Ore's fiction burst upon the world in 1988 with the publication of her celebrated Becoming Alien trilogy, the first two novels of which were nominated for the Philip K. Dick Award. Since then she’s published a great deal of short fiction and numerous novels, including Gaia’s Toys, Time’s Child, Outlaw School, Slow Funeral, the short fiction collection, Alien Bootlegger, and from Aqueduct Press, Alien Bootlegger and Centuries Ago and Very Fast, a collection of linked short stories that was a finalist for both the Philip K. Dick and the Lambda Awards.