The Pleasures of Reading, Viewing, and Listening in 2010, pt. 10: Cheryl Morgan

The Year in Review
by Cheryl Morgan 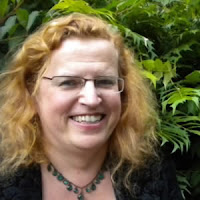 2010 has been a year of considerable disruption to my normal pattern of life. (Details here in case anyone missed the story.) I certainly wasn’t intending to become an international criminal, but as a result I have also become a publisher, and considerably ramped up my editing activities; and as a result of that I have a lot more books to recommend this time around.

The big names have been out in force this year. There have been new novels by Guy Gavriel Kay (Under Heaven), William Gibson (Zero History), China Miéville (Kraken) and David Mitchell (The Thousand Autumns of Jacob de Zoet), all of which are fine books. I’m hoping that the success of Palimpsest means that I can also add Catherynne M. Valente to the list of major SF&F writers, as I have been a huge fan of hers for many years. The Habitation of the Blessed is the first part of a trilogy, so it may struggle in the awards stakes, but it is well worth a read for the magnificent way that Valente takes the legend of Prester John totally seriously, women with eyes where their nipples should be and all.

I should also mention two very fine women writers who have been about a while but have not seen a huge amount of success in our community. Many of you will be familiar with Johanna Sinisalo’s Troll, but you probably don’t know that she has a new novel out. Birdbrain is the story of a young Finnish couple who go hiking in the wilds of New Zealand and Tasmania, only to discover that the non-human inhabitants are not always friendly, and are sometimes very smart. And on the subject of New Zealand, if you haven’t read Elizabeth Knox please to give her a try. I was lucky enough to spend some time with her in Wellington this year and despite her mainstream credentials she is absolutely one of us. The YA Dreamhunters/Dreamquake sequence is the most obviously fantastical of her work, but this year I read Vintner’s Luck, which is a quite remarkable book about a French wine maker and an angel (David Mitchell says it is one of his favorite books).

I have been lucky enough to discover many very good writers this year, some who are starting their careers and others who are simply new to me. I should start with Suzanne Collins’s The Hunger Games, which I read straight through. Yes, you are all right, it is amazing. I have also been very impressed with N.K. Jemisin (The Hundred Thousand Kingdoms, The Broken Kingdoms), Lauren Beukes (Moxyland, Zoo City), Karen Lord (Redemption in Indigo) and Nnedi Okorafor (Who Fears Death), none of whom I had read before this year. All of them have some connection with Africa, which is a very welcome development. All of these ladies have something wonderful to recommend them for. Nora has established herself as a star of the fantasy genre. Karen’s book is delightfully wise and entertaining, while Nnedi’s brims with righteous anger over difficult subjects. Lauren portrays life in modern South Africa very well, and Moxyland has one of the most brutally honest endings I have ever read.

Seanan McGuire won the Campbell mainly on the strength of her Toby Daye books, which I mentioned last year, but it is her evil twin, Mira Grant, who is winning praise from the critics. FEED is one of the best science fiction novels of the year, brilliantly using a zombie plague to present a sharp political thriller that satirizes modern media and security theater.

Challenging McGuire for the most impressive SF newcomer is Finnish writer Hannu Rajaniemi. He has a PhD in string theory, runs his own mathematics consulting company, writes fluent English and well as Finnish, and has taken the UK by storm. Last time I asked The Quantum Thief was on its 5th reprint in trade paperback. Tor are producing a US edition next year, but don’t wait.

I haven’t read a lot of gender-related work this year, but I do want to recommend f2m: the boy within, by Hazel Edwards and Ryan Kennedy. This is a very fine YA book about a female-to-male trans kid (though not spec-fic, unless you count a trans kid being treated decently by friends and family as fantasy). I was lucky enough to meet Hazel and Ryan on my trip Down Under for Worldcon, and also Alison Goodman whose Eon I recommended last year. They are all lovely people and I’m delighted to see the YA market producing good books about trans characters.

Still with YA, Paolo Bacigalupi’s Shipbreaker is a very fine book, but you all knew that, right?

On the nonfiction front I would like to recommend Evaporating Genres by Gary K. Wolfe. A lot of nonsense gets talked in the blogosphere by people trying to cram imaginative works into little subgenre pigeonholes. Gary understands genre far better than most people, and he is well worth reading on the subject. And talking of Gary, the weekly podcast that he does with Jonathan Strahan has become required listening for me.

I am, of course, nonfiction editor for Clarkesworld Magazine, and I’m very pleased with what we have published this year. The credit for the Hugo win, however, should go to Neil Clarke and Sean Wallace, and especially to our narrator, Kate Baker, because it is the fiction that gets everyone excited.

I don’t read a lot of short fiction, but I am loving Sandra McDonald’s output, especially the collection, Diana Comet and Other Improbable Stories. On the anthology front you should seek out Jonathan Strahan’s Godlike Machines, especially for Alastair Reynolds’ “Troika”, and Neil Gaiman & Al Sarrantonio’s Stories for Elizabeth Hand’s “The Maiden Flight of McCauley’s Bellerophon.”

It would be remiss of me not to mention that I now have my very own publishing company, Wizard’s Tower Press. Mostly what we have produced thus far is the literary review magazine, Salon Futura. I’m trying to break new ground here, in particular by establishing that good literary criticism (not just “my opinion” book blogging) is worth paying for. Like Clarkesworld, the magazine is free online, but if you support the project I hope you’ll be willing to buy ebook editions, or donate via the website. We are open to submissions.

We have also published our first anthology. Dark Spires, edited by Colin Harvey, is a collection of stories set in the Wessex region of England (Hardy country) and written by writers who live in the area. Alongside established names such as Liz Williams and Sarah Singleton we are showcasing a group of promising new writers. Five of the eleven stories are by women, which I was quite pleased about. That book, copies of Salon Futura, and much else is available from our online store. I’m trying to encourage people around the world to buy ebooks from small presses. There are millions of readers out there, let’s reach out to them.

Finally I’d like to mention a nonprofit initiative that I am involved in. At World Fantasy last year I launched a new set of awards focusing on works of speculative fiction translated into English from other languages. The first jury is now busily reading, and the first winners should be announced early next year. Meanwhile I’m trying to ensure that we are able to give some nice cash prizes to our winners. There is a fund raiser running at the moment, and several great prizes to be won. Check out the awards’ website here.

Cheryl Morgan is the nonfiction editor for the Hugo Award winning Clarkesworld Magazine. She has also won Hugos for her fan writing and her fanzine, . Cheryl is the owner of Wizard's Tower Press and edits their flagship literary review magazine, Salon Futura. Wizard's Tower maintains an online bookstore selling their own books and magazines, plus books and magazines from several small presses. Cheryl is also a director of San Francisco Science Fiction Conventions, Inc. and of the Association for the Recognition of Excellence in Science Fiction and Fantasy Translation.