A week for appreciating sf by women

This week Farah Mendlesohn reviews a new novel from Tricia Sullivan for Strange Horizons. In the second sentence of her review, Mendlesohn characterizes the fall into "zombiedom" as "the hottest theme in the field right now." Well, along with steampunk, I'd guess. I hadn't thought to mention the zombie fad in my piece about the search for the subjunctive mode, but given the fairly obvious subtext of zombiedom,it's arguable that the zombie fad can be seen as a subgenre of dystopian fiction (especially when the zombies are science fictional rather than horrific or darkly fantastic). Ordinarily I don't touch the stuff (if I can help it-- but such stories do force themselves on me in writing workshops). But this is Tricia Sullivan. And her novel is science fiction, not urban fantasy. And, Mendlesohn writes,


Sullivan eschews the lies about survival being the responsibility of, or even a possibility for, the individual. This is the kind of text that recognizes that one of the key features of human evolution is the degree to which cooperation enables us to climb beyond the limitations of soft hands and blunt teeth. Lightborn shows us a world in whcih the argument is about what kinds of cooperaton work best (top down or bottom up, anarchic or authoritarian, amongst others), and has little truck with the more individualistic ends of the anarcho-libertarian spectrum.

Oh yeah. You can see I'm going to have to read this one.

Also this week, Torque Control offers a special focus on science fiction by women. I mentioned here last week that Niall Harrison was doing a poll on sf novels by women over the last decade. Over this week, he's posting about an assortment of sf novels by women (not just those that fit the parameters of the poll). I urge you to start the plethora of posts with Prelude on Dec 3 and work your way forward. There's a fascinating piece that has Niall Harrison discussing Mary Gentle's Golden Witchbreed and Ancient Light with Duncan Lawie. Interspersed between posts about novels not on the list are the novels selected in the poll.

I would note about the poll that very few people from the US took part in the poll. In fact, I feel a bit like a cuckoo having deposited my egg in another bird's nest, since only 15% of the 101 respondents were USians. This really is a poll about the recent novels by women that British readers have read. (Which makes a kind of sense, since the poll was kicked off by a discussion of the lack of novels by women receiving British sf awards since 2001.) I suspect the results of a poll with more US respondents would have been different, not least because ease of access to titles tends to matter in such selection processes. 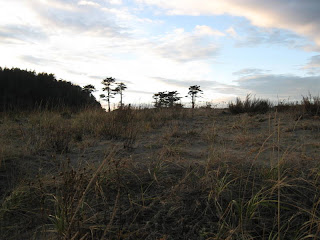 Posted by Timmi Duchamp at 4:30 PM

I'm pretty sure that the NH in that discussion of Golden Witchbreed, etc. is Niall Harrison, not me. Which is a bit of a relief to me, because my memory is notoriously spotty, and when I read that I had publicly discussed two Mary Gentle novels I don't remember reading with someone whose name I don't recognise, I was prepared to believe you. I was quite ready to sigh and chalk it up to another memory gone bye-bye!

Oops! Nalo--& Niall: please accept my apologies for my misttribution!

I know what it is, of course. The initials NH are so totally associated in my mind with Nalo Hopkinson (& not, say New Hampshire) that they overrode all common sense).

I've corrected the error of course.