The Pleasures of Reading, Viewing, and Listening in 2010, pt. 13: Julie Phillips

2010 in Review
by Julie Phillips 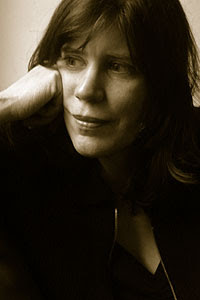 I do a lot of book reviewing, and it confronts me with my limitations. I want to have big opinions about books. I want to stand high on a lonely tower, looking out over the forest, picking out the landmarks of the county I rule, searching out where the stream runs, the path emerges from beneath the overhanging boughs. Where I actually am is down in the underbrush, stumbling around, identifying a tree here or there, picking up burrs and mud.

That’s why right now I’m reading Zadie Smith’s collection of reviews and essays, Changing My Mind, with such admiration. Here’s someone who sees the forest and knows the names of the trees. While her sentences flow like Virginia Woolf’s, she tells me things about the novel and subjectivity that I’m only barely smart enough to understand, while enlightening me on Katharine Hepburn, Fawlty Towers, and why Henry James was wrong about Middlemarch. Her taste is generous where mine is impatient, broad where mine is narrow. (One of my faults as a critic is that I don’t like enough of what I read—including most of the realistic novels of manners that readers love, the Cunninghams and Franzens of the world. Is that wrong?) Gently, cheerfully, she lifts me up out of the weeds. 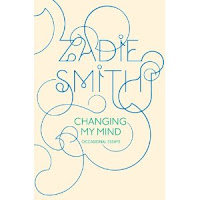 Actually, the piece of Smith’s that I love most isn’t a review. Written just after the 2008 election, it starts out with her own experience of being able to speak with two accents (working-class Willesden and educated Cambridge), then glides past Shaw’s Pygmalion, Cary Grant, Shakespeare, and Keats’s negative capability to arrive at Barack Obama, the man of multiple identities. Some see his gift of speaking in many voices—white, black, intellectual, popular—as duplicitous, disloyal. “He’s not really an American.” Smith insists that for many people, the self simply is plural, “no contradiction and no equivocation, but rather a proper and decent human harmony.”

I identify, especially since I live my life in more than one language. But is there a science fiction fan who doesn’t feel she has at least two identities, citizen of the lands of Quotidian and Dream?

Meanwhile, Elaine Showalter is right down in the bushes beside me, only she’s busy picking out flowers and edible plants, telling me their names and making a taxonomy. A Jury of Her Peers is an overwhelming and exhilarating flood of information on America women writers. Of course, in my tiny area of expertise, the section on Tiptree, I can see the places where she’s—inevitably—oversimplifying. I also think she gives the rest of SF short shrift. But just the taste she gives of so many different women’s work challenges me to read like crazy.

I really enjoyed the brand-new biography of the painter Alice Neel and Patti Smith’s memoir Just Kids. The Neel book is blithery, and the writer is often a little dim in her judgments of why people do things. (It’s possible that I’m being too picky.) But her research is great and Neel with her indestructible character comes through. So many questions come up around her career: work vs. motherhood, the struggle against poverty, the decision to work in the unpopular genre of portraiture. Toward the end Neel said of her art, “You know, I had to do this. I couldn’t have lived, otherwise.” Here’s me on Neel, plus Carol Cooper saying it better than I can on Smith.

Unlike Ursula and Lisa, I couldn’t quite love Barbara Kingsolver’s The Lacuna. I admired it, and I was glad she reminded us of political events that we forget at our peril. But the main character is such a cipher. I can see that Shepherd’s helplessness is part of the point: Kingsolver is pretty pessimistic about human nature. But I felt lonely in his company.

I liked another book with a hero named Shepherd, Lionel Shriver’s So Much for That. It’s less subtle than The Lacuna but very lively and deliciously cynical, especially about the way money gets into every aspect of our emotional lives like a creeping infestation of dollars. Shriver likes thinking about power relations in domestic life. Not everyone does.

I didn’t read a single work of fiction this year that I didn’t think was too long. What’s with all the extraneous detail? Have writers embraced the consumer society? Are they picking up their extra clauses cheap at big-box word stores, shipped in containers from prose sweatshops overseas? Call me a snob, but you can keep your bulk-buy chapters. I’d rather read one carefully selected, gourmet, organic page.

That said, I forgave A.S. Byatt for making The Children’s Book too long, because I loved every unnecessary detail, for the same reason I love the William Morris wallpaper and Art Nouveau ornaments she describes: the excess can’t be separated from the beauty. And even though Connie Willis’s Blackout and All Clear don’t say much more in 1100 pages than her story “Fire Watch” said in 20, and I sort of have a problem with her Londoners being so saintly during the Blitz, her historical detail is so good and her ending so satisfying that I pardoned her too.

My favorite artist died this year. “Louise Bourgeois, Sculptor of Freaky Giant Spiders, Dies at 98,” one headline said. If you ever get a chance to see one of her Cells, go. Critics are stuck with forests and trees. An artist like Bourgeois has an entire inner universe.

Julie Phillips is the author of James Tiptree, Jr.: The Double Life of Alice B. Sheldon, which won a prize for the most punctuation marks in one book title. She writes for Ms., The Village Voice, and the Dutch daily Trouw, mostly about books. She lives in Amsterdam.

Posted by Timmi Duchamp at 2:49 PM

No, Julie, it's not wrong to dislike J-Franz. You are not alone. Indeed, one of my students this term asked me, "Franzen is taken seriously? I thought he was kinda like Dan Brown."

Dear Julie, I found your biography of Tiptree/Sheldon absorbing and enlightening. Louise Bourgeois was a stellar talent and a force of nature. And I must third you and Josh on Franzen.