The Pleasures of Reading, Viewing, and Listening in 2010, pt. 21: Alan DeNiro

Some Pleasures of 2010
by Alan DeNiro 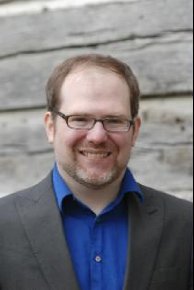 I've been working on an all-consuming novel project, so instead of a list of books about the 17th century spice trade I wanted to give what I've been reading, viewing, and playing for pleasure.

In the middle of novel-writing, I've turned to poetry as a "right size" change of pace. Two poetry books of recent vintage have been nothing but amazing to read. Jennifer Moxley has been one of my favorite poets for a long time, and her most recent book Clampdown does not disappoint. It's intensely political with the interactions between a lyrical "I" and world this person observes, yet hearkens back to the non-comforting impulses of the Romantics (rather than the pre-Raphaelite sheen that has seemed to stick on apolitical readings we can have of Romanticism today) both in form and content. 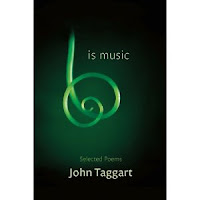 John Taggart's collected poems are a much-needed compendium of one of America's most overlooked poets. He is both innovative and traditional, to the point where the two bleed into each other--using an almost medieval sense of organization with his lines and his meditations on body and spirit. There is no one writing like him today, and it's fascinating to see the evolution of his voice from his early work to his unreal, sonorous mature work.

(And as as side-note, although it's hard to generalize, it would be nice if some in the speculative poetry community would actually acknowledge that poets like Taggart and Moxley do, in fact, exist--working, I'd argue, in highly speculative forms of language that are both provisional and lyrical. They could be powerful contemporary influences. But I digress.)

My "old school" discovery this year has been Andrew Marvell, whose work is a beautiful, sometimes scathing, delight.

Two games that I've played this year, Silent Hill: Shattered Memories and Valkyrie Profile: Covenant of the Plume--for the Nintendo Wii and the DS, respectively--have thoughtfully explored the nexus between interactivity and storytelling conventions, and given the player active control of the narrative in surprising, even moving, ways. Silent Hill is a purposeful reboot of the long-standing horror series of games (none of which I had played), but this ventures into unexplored psychological territory. Everything you do in the game--including where you look, and how you deal with obstacles--has an effect on what the main character experiences. In fact, interspersed throughout the game are sessions with a therapist, who asks, er, quite direct and unsettling questions of you. Depending on your responses, new areas are opened up, and characters act completely different. Indeed my second playthrough was startlingly original, and gave the characters and the surprise ending an even greater emotional depth. Another ridiculously simple but effective game play choice--there's no combat. There's no way for you to fight back, only run. Scariness ensues. The game itself invites psychoanalysis.

Valkyrie Profile: Covenant of the Plume is a completely different beast--being a strategy role playing game with a Nordic high fantasy setting--but no less powerful in its storytelling choices. In learning the craft of writing one often hears (or should!) "every choice has a cost". Valkyrie Profile uses this as the core game mechanic. In your quest, you have opportunities to sacrifice members of your party in order to "get over the hump", say, in a particularly difficult battle. This gives you untold (temporary) power, but also carries a high and complicating price the further along you go in the game. Worse: the ante is always on the table because you have to defeat your enemies decisively or in the next battle, the enemies ramp up in difficulty that you're literally forced to sacrifice a character just to get through. Hence there is a nonstop torquing of pressure that makes each battle count. And the choice of who you sacrifice--or if you choose not to sacrifice anyone at all, which is more difficult than it sounds--dramatically affects the cast of characters, the story, and the moral complexion of your hero.

The great thing about these two games is that they invite replay--and retelling of the story.

Movies I've enjoyed this year have included: Gomorrah, a frightening fictional nonfiction look at the criminal underground in Naples; 4, a Russian doll of a movie set in Moscow and the Russian hinterlands that is, well, incredibly disturbing in its middle third but is absolutely worth seeing once; and Southland Tales, a near-future SF tale full of visceral political commentary, bizarre casting choices (everyone from Justin Timberlake to Jon Lovitz to Mandi Moore to...Wallace Shawn?), and a floating ice cream truck.

Special mention also has to go to Chevalier D'Eon, an anime series I saw which is probably my favorite of all time. An absolutely beautiful series of 18th century French sorcery and swordplay, intrigue at Versailles, and gender bending.

Alan DeNiro is the author of Skinny Dipping in the Lake of the Dead (Small Beer Press) and Total Oblivion, More or Less (Spectra). Earlier this year, his essay on A.E. Van Vogt and narrative appeared in the Aqueduct Press book Narrative Power: Encounters, Celebrations, Struggles.

Yeah, we tend to think of Wallace Shawn as an activist and playwright, but he's been in movies and tv a lot. His family was prestigious as all hell, but not spectacularly well-oof: he needs to earn his living.