The Pleasures of Reading, Viewing, and Listening in 2010, pt. 9: Cat Rambo

The Pleasures of Reading in 2010
by Cat Rambo 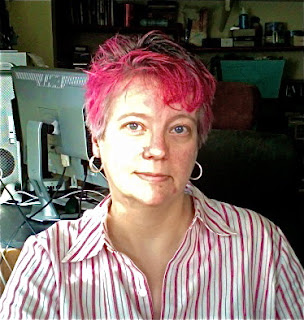 In 2010, I didn’t track my reading as carefully as I now wish I had. But a number of pleasures came throughout the year, and here are the highlights, although I’m sure I’ve overlooked more than one.

Two favorite books were Karen Joy Fowler’s Sarah Canary and Wit’s End. I loved Sarah Canary for many reasons, not the least of which is that it invokes my favorite historical figure, Victoria Woodhull. I thought this was dynamite, and it was interesting to read this, Fowler’s first book, and then Wit’s End, which had a lot of the loveliness, plus a great deal more confidence and assurance in the writing.

Set in a time period not far off from Sarah Canary’s, One Thousand White Women by Jim Fergus is a historical novel based on an 1875 incident where the Cheyenne requested that the U.S. Government trade them 1000 white women for horses as a way to establish peace. Unfortunately, the actual swap only took place in fictional space, where Fergus’s narrator May Dodd tells the story of what came afterward with compelling and sometimes harsh details.

Mary Gordon’s Spending was a book I ended up lending and recommending to other female producers of art. It asked interesting questions about the roles of patron and artist, and how gender dynamics affect those roles, and did so in a narrative that was a lovely, lovely read.

Carol Emshwiller’s The Secret City was a collection of short stories that was a tremendous joy to read. Other short story collections I enjoyed this year included Thomas M. Disch’s The Wall of America, Camille Alexa’s Push of the Sky, Mary Rosenblum’s Water Rites, and Destination Future, edited by Z.S. Adani and Eric T. Reynolds, all of which I recommend. Another recommended collection that throws in some poetry as well is Rachel Swirsky’s slim but charming collection, Through the Drowsy Dark, from Aqueduct Press.

In f&sf, books that stood out for me were Elizabeth Bear’s Chill; Suzanne Collins’s The Hunger Games; N.K. Jemisin's The Hundred Thousand Kingdoms; Kay Kenyon’s The Braided World (which has perhaps one of the most visceral scenes ever created in science fiction); Louise Marley’s Mozart’s Blood; Maria Doria Russell’s Children of God (a very worthwhile continuation to The Sparrow); John Scalzi’s Zoe’s War (sticking this aside on the pile destined for my goddaughter someday); Walter Jon William’s This Is Not A Game. My favorite read of the year was Anil Menon’s The Beast With Nine Billion Feet, which I highly recommend, whether or not you consider it YA. M.K. Hobson’s Native Star draws on American traditions to provide a satisfying piece of historical fantasy. I look forward to more set in that world.

Joe R. Lansdale’s The Complete Drive-in was a gonzo joy and delight, and a reminder of how much fun a writer can have when they just let the reins loose and go. The image of the Popcorn King will stick in my head till my dying day. Another book filled with wild and wonderful strangeness was Jeff VanderMeer’s Finch. One of the things on my list for 2011 is to read the Ambergris novels in order, because I think it’ll prove enjoyable to catch resonances not perceived on the first run through. A VanderMeer book that I recommended and referred to several times this year is his Booklife, which is full of invaluable advice for writers about career management and the writing life. (Disclosure: I did write the section on writing workshops for Booklife.)

In the romance category, I found myself getting tired of what feels increasingly like predictability, to the point where I may move this genre off my reading list entirely. Nonetheless, I really enjoyed Judi Fennell’s I Dream of Genies, which actually comes out next month and was very silly but just cute as could be (I’m looking forward to the next two), and Suzanne Brockmann’s Infamous.

My nonfiction reading went all over the place, but two I’d like to mention are both practical books: Jennifer Brozek’s The Little Finance Book That Could and Marshall B. Rosenberg’s Nonviolent Communication. Both are filled with common sense, but the Rosenberg book is life-changing in terms of looking at communication and reaching consensus.

I got a Kindle 3 late in the year and have been enjoying it tremendously. I had been abstaining from an e-reader because I like the physical experience of reading, the browsing in book stores, the ability to tuck a paperback in your back pocket, etc. But now I’m a pretty thorough e-reader convert, to the point where I just self-published an electronic version of my 2009 collection.

One thing that pleased me was discovering the wealth of free stuff out there for e-readers. Some of it is promotional, but there’s also a lot of public domain material available. Bujold fans will be happy to find that all of the Miles stories are out there for free, as well as Kay Kenyon’s excellent Bright of the Sky. The Kindle store is definitely worth exploring for free stuff, including Agatha Christie, P.G. Wodehouse, and an extravaganza of classical literature. I found myself working through a lot of the Louisa May Alcott I’d read as a kid: Little Women, Little Men, Jo’s Boys, Eight Cousins, A Rose in Bloom, and An Old-fashioned Girl. Around the same time, I read Geraldine Brooks’ March, which tells the story of what happens to the father in Little Women while he’s off at war. I found the Brooks’ book pretty lifeless, and it suffered from trying to incorporate too much from Little Women. I should disclose that I’ve read Little Women about a kajillion times, and maybe the parts of the story drawn from that were just too familiar for me, and lacked the charm of the original.

Because I’m working in the genre, I read a LOT of urban fantasy this year, so I’m saving that and my favorite stories of 2010 for another time.

Cat Rambo writes and teaches in the Pacific Northwest in the wilds of Redmond. Her collection Eyes Like Sky and Coal and Moonlight was a 2010 Endeavour Award finalist, and her work has appeared such places as Asimov's, Tor.com, and Weird Tales. Her website can be found at http://www.kittywumpus.net

Posted by Timmi Duchamp at 2:09 PM