The Pleasures of Reading, Viewing, and Listening in 2010, pt. 12: Nancy Jane Moore

The Pleasures of Reading, Viewing, and Listening 2010
By Nancy Jane Moore 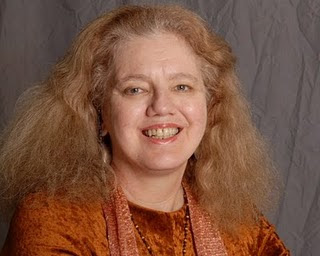 I made a renewed commitment to movement this year. While physical activity seems to be at the top of every list of health advice – along with eating your vegetables – no one ever seems to point out how important moving is to understanding the ideas bouncing around in your brain. This is true regardless of whether you’re doing something that builds on a underlying philosophical system – like Aikido, T’ai Chi, or yoga – which teaches truth through physical movement, or if you’re simply taking long walks and letting your mind work through the ideas in your head.

I did a lot of walking this year, but I also got in some Aikido training with some great teachers: Hiroshi Ikeda, Mary Heiny, Ross Robertson, and Mitsugi Saotome. And while there is great joy in the throwing and falling side of Aikido, what really fascinates me at this point in my training is learning how to relax and communicate with my partner, how to not resist and at the same time not be overpowered. While I believe in these principles, applying them to daily life, not to mention the challenges we face in the world as a whole, continues to be a struggle for me, so I try to come back to them physically and intellectually as much as I can.

Since movement is much on my mind, I’ll start my 2010 recap with the fabulous performance of the Blue Lapis Light dance company who do what they refer to as “site-specific aerial dance.” Their performance on the patio of the Long Center here in Austin, which included dancing on cables suspended from a semi-circle of pillars, was stunning. I find it hard to translate the ideas I see in dance performance into words, but there is both truth and beauty there. And doing the show with a backdrop of the lights of downtown Austin allowed me to appreciate – for the first time – the new buildings that now dominate our skyline. They may be ugly up close, but lit up at night and viewed as a stage setting for performance, they are beautiful.

This year I also took more advantage of living in the Live Music Capital of the World. Three performers in particular impressed me: Ruthie Foster, Butch Hancock, and Sarah Jarosz. Ruthie has a powerful voice that can handle everything from blues to rock to ballads, and she is also one of those performers who electrifies an audience. I saw her at Antone’s, where you have to stand for the whole show, and I didn’t want her to stop, even though my feet and back were aching. Butch is as much a poet as he is a musician, and he also makes everyone in the audience feel like they’re part of the show. His five-night gig at the Cactus Café, in which he mostly played his own songs and didn’t repeat any, was not just a feat of endurance, but an incredible pleasure. Every night I was surprised when the show was over.

Sarah writes songs and plays guitar, mandolin, and banjo. Her album, Song Up in Her Head, drew a Grammy nomination, and she did Austin City Limits this year – all at the age of 19. Live, she’s an open and welcoming performer.

I haven’t seen the Carolina Chocolate Drops live yet, but their album Genuine Negro Jig is the one I play over and over when driving. Not only does their work help preserve traditional African American music, but their beautiful voices and playing make their own art as well.

Coming around to books – which is likely the main interest of the Aqueduct audience – I finally got around to reading Carson McCullers’s The Heart Is a Lonely Hunter this year. I don’t know why I never read it before; I’ve obviously had it for a long time, because the copy I read was published in 1978. It affected me in much the same way as Virginia Woolf’s Mrs. Dalloway: How, I wondered, could this author understand all those different people so well? In the case of McCullers, my amazement came from her youth: she was in her early 20s when the book was published. And my feeling that she truly understood not just the young woman at the center of the story, but the various African American characters as well, was confirmed by a contemporary review of the book by Richard Wright.

Other fiction that impressed me included The Secret History of Science Fiction, an anthology of complex, grown-up science fiction edited by John Kessel and James Patrick Kelly that includes stories by “literary” as well as traditional SF authors. These are the kind of stories that drew me into SF in the first place – disturbing and thought-provoking – and I think they’re the true future of the genre as well.

I heard the Percival Everett story, “The Appropriation of Cultures” – which is available in his collection Damned If I Do – on the radio show Selected Shorts. It’s a delicious story that twists Southern heritage into knots. Just read it or listen to the recording online.

I finally got around to reading Joan Slonczewski this year, and particularly liked The Children’s Star. Again, fascinating SF for adults: thought-provoking, idea-driven work with deep characters and beautiful writing. Likewise, the stories in John Kessel’s The Baum Plan for Financial Independence – which includes the disturbing “Stories for Men” for which he won the Tiptree – provided both fascinating ideas and writing in which every word seemed well-chosen.

I also made a large foray into YA fiction this year. (As a teenager, I wouldn’t have been caught dead reading YA, but things change.) Ellen Klages’s White Sands, Red Menace follows up The Green Glass Sea with a story set just after World War II, and gives us history through the eyes of two girls coming to grips with the post-war world. Nnedi Okorafor’s The Shadow Speaker does a wonderful job of not just incorporating African culture and mythology, but also showing African people taking action and dealing with their own issues. Given that we in the West tend to think that only outsiders can solve African problems, Okorafor’s work is particularly refreshing.

I was somewhat surprised to find that the Suzanne Collins Hunger Games trilogy was highly popular and on all the bestseller lists. These books are a dark and disturbing merger of the Roman gladiator arena with American Idol set in a dystopic future United States. I didn’t expect books that implied the downfall of the U.S. into a very ugly dictatorship to strike such a chord with a larger public. But I was so caught up in them that I bought the third as an ebook when it came out so I wouldn’t have to wait for a copy. Definitely worth reading.

Whenever I hear something, I go looking for a book about the subject. This year I did a lot of reading about our high tech future, and strongly recommend two books: Jaron Lanier’s You Are Not a Gadget and Douglas Rushkoff’s Program or Be Programmed. Lanier, who has been doing programming and virtual reality for many years, provides a non-Luddite but definitely critical analysis of the current direction of the Internet; Rushkoff emphasizes the importance of paying attention to what the digital changes are doing, instead of just accepting them.

Two Aqueduct books – Helen Merrick’s The Secret Feminist Cabal and Gwyneth Jones’s Imagination/Space – got me thinking about so many ideas about gender and science fiction that I keep returning to them again and again. If you haven’t read them yet, my review of them on the Broad Universe Broadsheet sets out a good explanation of why they’re important.

Cordelia Fine’s Delusions of Gender is the best book I’ve read so far on the pseudoscience of sex differences. Using clear analysis, she takes apart the distortions that have led to popular perceptions that male and female brains are wildly different – a relief for those of us (of whatever gender) who hear “you can’t do that” every time someone trumpets another so-called difference between men and women.

Nell Irvin Painter’s The History of White People puts racism into perspective by showing the various myths of whiteness that have permeated our culture. I originally got this book simply because I found it delightful that an African American was writing about white people – rather than the reverse – but reading it educated me about roots of racism that I didn’t even know existed.

Finally, Cynthia Bourgeault’s The Meaning of Mary Magdalene provided me with more understanding about Mary Magdalene as one of Jesus’s apostles. And Sarah Blaffer Hrdy’s Mothers and Others got me thinking about the biological roots of human cooperation – survival of the fittest seems to include learning how to get along with others.

I will close with a recommendation that people follow Diane Silver’s online quest to discover how we – both individually and collectively – can act morally in the world, which she’s documenting on the blog In Search of Goodness. Her confessions, interviews, reviews, and analysis incorporate many of the ideas I’ve found in the books I’ve been reading this year, not to mention Aikido training. It’s a good site to check regularly when you’re looking for something to make you think.

And that’s what I’m always looking for: something to make me think. 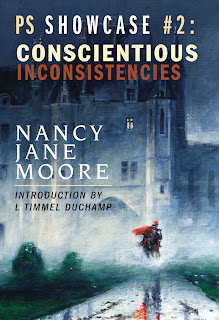 Nancy Jane Moore’s books include the collection Conscientious Inconsistencies, published by PS Publishing, and the novella Changeling from Aqueduct Press. She is a member of the online writers’ co-op Book View Café, where she published a series of 51 flash fictions. Her short fiction is available in several recent ebook anthologies from Book View Café – Breaking Waves, The Shadow Conspiracy, Rocket Boy and the Geek Girls, and Dragon Lords and Warrior Women – and one of her stories was recently featured on Futurismic. Nancy Jane holds a fourth degree black belt in Aikido. After living for many years in Washington, D.C., she returned to her native Texas in 2008, and now lives in Austin.