The Pleasures of Reading, Viewing, and Listening in 2020, pt. 11: Beth Plutchak 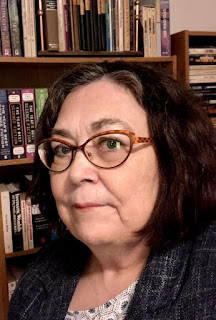 I Miss You, Scarecrow, Most of All
by Beth Plutchak

Except I miss everybody. I miss hugs most of all. Ironically, I have more virtual contact with people than I had in-person contact in the before times. Except for all my big-family, friend, and professional events which were cancelled I have always struggled with getting together with friends. My night-blindness and anxiety made going places ridiculously difficult. Now I’m online multiple times a day. With people in boxes. Who I can’t touch. Even my favorite business networking group had been a huggy crowd.

I’m drawn to dystopic stories now, rushing to the end, how did they manage to survive the impossible? I think that’s what we’re doing now, isn’t it? Figuring out how to survive until it’s over, whenever that is, whatever it encompasses, plague, climate, economic injustice, racism, all of it, over and done. So, I’m going to stick to my brand promise here (contrarian) and not talk about pleasures, but talk about what sustains me toward survival.

I received all three books of Nancy Kress’s trilogy Tomorrow’s Kin for Christmas 2019. I gobbled it up by the second week of January. I didn’t know how prescient it was at the time. Kress is at her best with biological science fiction. When she threw in Aliens (have they come to save us, warn us, or something else?), I believed I knew what the book was about. Hmm. Kress did flash, bang, interplanetary travel, and aliens, but the books were about a family trying to navigate the unimaginable within political and personal choices that greatly impacted what they were left to choose from. I suppose it was the amount of research she has done over her career that helps her to see the inevitability of the paths we have chosen to follow. I plan on rereading it now that we are in the middle of the plague she predicted.

I’ve owned fellow Aqueductista Andrea Hairston’s novel Redwood and Wildfire since shortly after it won the Otherwise Award. I started it a few times but struggled to get into it, not just because the beginning is rough, which it is, but because I read it as another alcoholic redemption tale, and I’m not there for that, as they say. But in a conversation I had with Andrea about how movies impacted Vaudeville in Chicago Theaters and how that was a central setting for the novel, I gave it another try.

My mom was raised in Chicago Theaters by alcoholic parents. She grew up performing stage acts with her sister during the middle of the matinee. It was believed at the time that people wouldn’t put money down unless there was a live performance. My mother had few happy memories of her childhood. Having costumes hand-painted for a stage performance of Little Bo Peep was one of them. 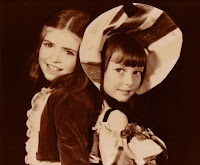 Most of Mom’s memories, though, centered around alcohol-fueled parties after the theater closed. She had a particularly vivid Christmas memory that was so traumatic she would end up reciting it every year as my Dad put up the Christmas tree. This memory was so vivid that I still see it in my own nightmares. This is as close as I can come to understanding the intergenerational trauma of racism, which is a constant theme of Hairston’s book. It made Redwood’s redemption that much harder, but still not impossible. And the book really was about redemption, about doing the work to become the person one wants to be, not the redemption narrative we are so often saddled with where the protagonist seeks and receives forgiveness, with lots of tears and promises to never again.

I also streamed a lot of video this year. There was a new season of Keeping Faith available through Acorn TV. Keeping Faith is a Welsh thriller starring Eve Myles, who many of you will know through her work on Torchwood. There is a subset of thriller in the UK which I don’t even know the name for, but unlike American thrillers these move slowly and are character-driven. They're not the tormented driven characters of American thrillers either. These are family dramas concerned with the minutia of daily life while in desperate situations. Many of the scenes are set around the kitchen island where Faith prepares and serves her children their meals.

Oh yeah, Faith has three children who are woven into the plot in realistic ways. It is so rare to see motherhood portrayed in science fiction or drama as just a part of one’s daily life. The plot itself revolves around the sudden disappearance of Faith’s husband and Faith coming to terms with the fact that their life together was not all that it seemed. This is actually a frequent plot of British thrillers, for example Restless, available through Acorn TV, starring Hayley Atwell (Captain America and Agent Carter) and Rufus Sewell (The Man in the High Castle), and Mrs. Wilson, available through PBS Passport, starring Ruth Wilson (Jane Eyre) and Iain Glen (Game of Thrones).

I loved the slow pacing, even though there was plenty of dramatic tension. I loved the fact that the chief mystery to be solved was how is Faith going to cope and go forward? The show was only improved by the brilliant sound track especially written for both seasons by Amy Wadge. Damn, Season 3 would be available now if it weren’t for the plague.

Last but not least, The Broken Earth Trilogy by N. K. Jemison. Where to start? Another Christmas present: I read it early in 2020. I was aware of the triple Hugos Jemison won for this work before I read it. No one will ever have to call her the first Black Woman to win this distinction. She will always simply be the first person, ever, to do so. Needless to say, that did not go over well with the old white guard who felt uniquely qualified to condemn her work without ever needing to bother reading it. I listened to all of her winning speeches (short version: Wow, look I made it here, past all of the obstacles and gatekeepers. Hang on, I’m holding this door open now for you.) (response short version: Whine, whine, political correctness whine, whine, whine).

This was another series that started rough. The world Jemison created was a violent metaphor in many ways for the world we find ourselves in now. But the important stories were not the ones that moved the plot as much as they were the stories of people finding themselves, finding family, community, and a way to move forward in an unforgivingly harsh environment and polity. It was also a redemption tale for many of its characters. But, it turned the ordinary redemption narrative on its head in the same way that Redwood and Wildfire did. In The Broken Earth  people are redeemed through the amends they perform and the healing they seek from harms inflicted by them and on them by others. They are not seeking forgiveness. As they heal themselves they find ways to literally heal the world. Maybe this is something only black authors know how to do. I think the traumas that have led to a need for redemption must be apparent to people continuously engaged in an intergenerational struggle to survive them. Certainly, no one else is going to step in to take responsibility and save them, as was expected of me as the white wife of a white alcoholic.

The world Essun began in was totally unlike our own and the new world that was born by the end of the trilogy was totally unlike anything we’ve seen. The cost to get there was brutally high. But maybe that’s what we need right now: the belief that there is a there there, after all. And if we love those we love, do our own trauma work, support and bear witness to those around us, we might find a way to get through in the end after all, and to build the necessary something brand new. This is the way the world ends. This is the way the world begins.

Beth Plutchak is an explorer for new worlds, totally dissatisfied with this one. As a young woman she moved to Alaska to live off the land. After the birth of her third child she moved back to Wisconsin in search of some of life’s luxuries like electricity and indoor plumbing. It is in Wisconsin where she works and writes. Her essays on science fiction fandom and intersectional feminism Boundaries, Border Crossings, and Reinventing the Future and her short story collection Liminal Spaces are available through Aqueduct Press. In November 2020 she edited a blog symposium on Complexity. This symposium and  her current work on Complexity Economics and Social Justice can be found at the edge-of-chaos. She also posts about these and other themes at beth.substack.com