The Pleasures of Reading, Viewing, and Listening in 2020, pt. 2: Som Paris 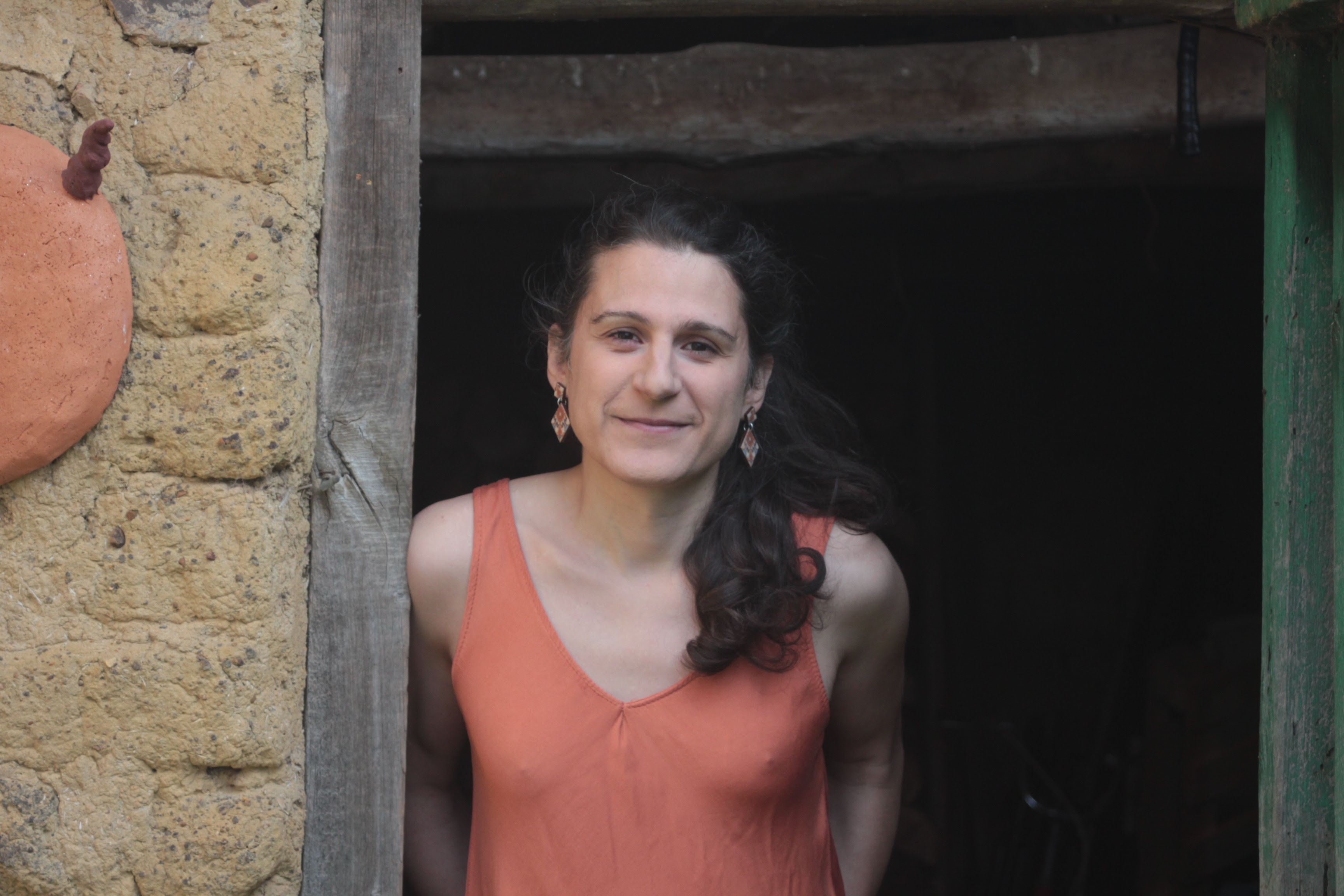 Reading While Trans in 2020

When I read, I want worlds simultaneously familiar and unfamiliar. Familiar, because I can see myself in that world. Perhaps the writer and I might share some core perspectives about how our own world works. Unfamiliar, because I get to free-fall into the creative worlds of someone else’s mind.
As a trans woman whose relationships are mostly with other women, it’s not always easy for me to find that familiarity. I don’t think I could exist in many of the written worlds I come across. The long hand of imperial history formed a culture around us that made no space for me. It forged a common sense for us that excluded many parts of the great natural diversity of what it means to be human, such that, the way we talk about bodies, women, men, life, and pretty much everything, simply precludes the existence of trans people, not to mention people who are neither women nor men.
*
This year, to pull the written mirror a little closer, I hunted down a stack of trans novels written by trans writers. Magic happens when we find ourselves in fiction. Without exaggeration, I confess that I cried the first time I read a trans female character given full, deep life by a trans woman author.
Reading trans writers is also crucial for cis readers, in this historical moment in which we, trans people, are now refusing to allow our existence to be negated any longer. The world knows we’re here, but has a long way to go in understanding what it’s like to be us, and in what ways we need to change our culture to create equality.
Two novels that brought me joy this year were Nevada by Imogen Binnie and Little Fish by Casey Platt. Both are messy novels, with messy protagonists, in the best ways. Both drop you straight into the lives of a trans woman desperately trying to keep all the threads of life together. Nevada was a particularly powerful read for me. It’s a true brainy road-story shambles, in the great U.S. tradition  of Hunter S. Thompson, or Bukowski, or William Boroughs, except that it’s genuinely more interesting, because the shallow angst of drugged out cis white men can really only take you so far. No one does chaos quite like a trans woman, especially one who has read too much and thinks far too much about gender and sex, as Maria, the protagonist, clearly has.
*
When reading books by cis women authors, there are a number of different kinds of experiences I can expect.

This year, in my attempt to fill in ome of my woeful knowledge gaps of feminist science fiction, I began reading some of the better known novels written by the editor of my Publishing House, Aqueduct Press. In a book like Alanya to Alanya by L. Timmel Duchamp, I feel like there is some unwritten, little corner of that a world in which I could exist. The forceful way in which Duchamp confronts us with male violence, and the subtle but seemingly inescapable tricks of male domination—especially in the form of one particularly odious character—will probably resonate with any female reader. It certainly gripped me, in that way that I both couldn’t wait and dreaded to pick up the book again. It’s the kind of world in which trans women do not explicitly exist, but there aren’t that many obstacles to me imagining that I could exist in that world.

A trilogy I devoured this year, the Winternight trilogy by Katherine Arden, presented me with a completely different kind of challenge. It contained just the right ingredients to enthrall me: a frozen northern environment, elements of the fairy world given life, a medieval Russian setting, and lovely lyrical writing. The protagonist could very well have been a trans boy. She throws herself euphorically into playing the part of a wild warrior boy. Clearly the character is written as a cis girl leaping over rigid gender roles. That is a necessary and beautiful story to tell. The only problem is, it’s being told in a world in which, once again, trans people don’t exist. Trans isn’t even a possibility to be considered. She’s not given the space to affirm that she is indeed a girl, just a rebellious one, because there is no trans option which would, but its very inclusion, make girlhood a possible affirming choice. Though a cis writer would have to handle that very carefully too, so as to ensure that the possible trans life is not seen as something to be rejected in favor of the gender we were assigned at birth. Naturally, there probably didn’t exist much cultural awareness of trans people in medieval Russia, but trans people existed. We’ve always existed. And writers can create space for us to exist in hostile cultures. Most cis writers don’t, though, because we ourselves were raised in a culture in which we’re barely aware that trans people exist. No matter all of that, I identified very much with Vasilisa. I am drawn to characters who have to reject the roles that society gave them because, at heart, that is a key element of the trans experience. The cis author might not give space for trans people in her universe,  but my imagination can let the protagonist play with possibilities.
I can’t talk about joy without talking about a bit of sorrow too. It’s important to recognize another kind of reading experience I had in 2020. Girl, Woman, Other, by Bernadine Evaristo, was a difficult read for me, emotionally. It gives us a wonderful display of British women’s lives, often lesbian, and mostly Black.
Not only did I not exist in that world, but I sensed a tingling hostility to the facts of my existence, throughout those lives and stories. I imagine most cis readers would read Girl, Woman, Other and not pick up at all on the little notes of exclusion that I see. Exclusion often works in ways that are difficult for the included ones to see. I imagine a Black reader, working their way through an account of a group of white people in the U.S. South, creating communities in which they celebrate the ideological purity of their group, and they don’t allow anyone who doesn’t vote Republican to live amongst them, might have a similar uncanny sense of alarm going off. Not only do I not exist in the world of Girl, Woman, Other, but I would be terrified to try and exist in it. Unfortunately overt transmisoginy is strong in some feminist circles, and in some lesbian circles, and those are exclusions that I face day in and day out, as a trans lesbian feminist. I will have a very different experience reading that book, than would a cis lesbian feminist. It’s a shame that a book celebrated for showing us diversity is not open to the true full diversity of what it means to be a woman.
*
Reading while trans provides me with a new challenge with each book I pick up. It certainly brings joy. Sometimes it can bring bemusement, pain, or exhaustion. Or sometimes it can just give me a creative opportunity to deepen the world I’m given even further, mingling my own imagination with the imagination of the author. I certainly hope to see more writers digesting the fact that trans people exist, learning what it’s like to be trans in this society, learning what it is we need to achieve dignity through equality, and, if not giving us straight-up trans characters, at least creating worlds that openly acknowledge that we are also a part of the fabric of humanity. At the same time, we need more trans and queer voices, flooding our cultural spaces with all kinds of stories to dive into with unguarded joy.

Som Paris is the author of Raven Nothing, which Aqueduct Press released in October. She was born in Oklahoma to a pair of traveling preachers who carried her on their missions around the world, inadver­tently making of her an ardent internationalist. From southern Africa to the Middle East, the Soviet Union, and around the U.S.A., she ran away to Australia after high school and ran out of money studying tropical ecology, eventually surviving by living in a tree. She then moved to England, where she dove into studying history, literature, and philosophy in a BA and MA. More recently, she moved to the wilds of Galiza, in north Iberia. Surrounding herself with vegetable gardens and books, she began writing articles and then novels. When she came out as transgender, she turned her wild patch of land into a nature retreat for trans and queer people; she can still be found there now.
Posted by Timmi Duchamp at 4:00 PM