The Pleasures of Reading, Viewing, and Listening in 2020, pt. 31: Eileen Gunn 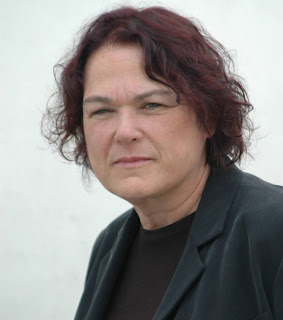 The Pleasures of Reading & Listening in 2020
by Eileen Gunn

The Epic of Gilgamesh is the world’s only remaining Bronze-Age epic poem, a view into the imagination of another time, with a story as modern as any contemporary epic fantasy, and much deeper than most. Gilgamesh is a semi-divine dictator dominating the city-state of Uruk. Enkidu is a wild man of the steppes, created by the gods to bring Gilgamesh under control. The two fight, then become passionate friends; they have adventures, offend Ishtar and incur her wrath. These are brave men who, filled with fear, fight monsters, lustful men who scornfully dismiss the sexual overtures of a goddess, and potential enemies who love one another above all others. Eventually they offend other gods, and Enkidu is condemned to death and dies. This ancient literary work describes two human bonding with one another and examines the nature of grief, suggesting that fear of one’s own death is at the heart of even the most sincere grief. The poem begins as an adventure story and ends asking why people die, how we can make sense of death, and whether we can keep ourselves and the people we love from dying.

In 1972 or thereabouts, my friend Nicholas Humez and his brother Alexander, then in their early twenties, wrote and recorded a cantata, The Life of Bongo Bill, based cater-corner on Egyptian mythology and the epic of Gilgamesh. Presented in a collage of musical styles played on a panoply of instruments--harpsichord, banjo, piano, xylophone, and more--the cantata tells tales of humans and gods, of love and frustrated passion and reconciliation, of Gilgamesh and Enkidu and Noah’s ark. Act One is a happy story of love between a demigod and a sunbeam, its 18th-century recitatives leavened by calypso rhythms and barbershop harmonies. Act Two tells the grim latter half of the Gilgamesh story, three stark songs sung in a minor-pentatonic scale, accompanied by clawhammer banjo. If I were presenting this cantata, I would design rough Expressionist sets, and costumes from the wonderfully overblown 2004 Paris Opera production of Les Indes Galantes.

The Gilgamesh epic itself, however, in the Penguin translation I owned at the time, spoke to me more in concept than in execution, and subsequent English-language translations of the epic also sound bland to me, especially in comparison to the cantata. On one hand, the story is genuinely ageless, but on the other hand, the words and phrases used to tell it are overly familiar. Although the clay tablets holding the story lay untouched for thousands of years, I never felt that the translations were speaking in an Akkadian voice, unheard in millennia, undiluted by subsequent storytelling conventions. The story lacked immediacy: Enkidu’s lust seemed bowdlerized, and Gilgamesh’s grief seemed muted. Such blandness is a common-enough flaw in translations.

This year, amid COVID isolation and the dubious charms of Zoom, I found a translation that excites me. Dictator: a new version of the Epic of Gilgamesh, by the Oulipian poet Philip Terry, is an evocative and resonant version of the epic that roughens the gloss of formal English and restores otherness to the poem. It’s not a retelling, and it’s not a direct translation. Guided primarily by the translation done in 1982 by John Gardner and John Meier and influenced by Charles Olson’s Bigman series of poems, Mr. Terry, using his Oulipian sensibilities and a robust sense of humor, has re-languaged the twelve broken clay tablets, written some 3300 years ago and credited to Sîn-lēqi-unninni, that provide the most complete version of the epic.

What do I mean, re-languaged? In an afterword to the poem, Mr. Terry writes that he has translated it “translexically,” by using the 1500-word vocabulary of Globish, a subset of English that uses only 1500 words and a slice of English grammar. It was created as a pidgin for use by international businesspeople who spoke some English and had no other common language.

Basically, a Globish text sounds like normal, slightly boring English, and Dictator sounds like anything but normal English and is in no way boring. So I hope that Mr. Terry will excuse me for doubting his claim, in his afterword (and repeated gullibly in every review of the book), that Dictator is a translation. It’s pretty clear that Mr. Terry, in making a new version of the poem, did not passively allow Globish to take the lead. He reduced and changed the Globish vocabulary, adding some simple words and relative neologisms. He modified its grammar, eliminating articles, possessives, and tenses, instantly making English sound more brutal, less refined. He used vertical lines to break the text into two-syllable units, often breaking words apart, further disrupting the text and making it seem less familiar, and used unconventional plus-signs to indicate text rubbed or broken from the clay tablets. Like other Oulipian techniques, and even like formal poetry, Mr. Terry’s use of primarily simple words required him to create new associations between words, in order to make his meaning clear with a constrained vocabulary. These associations, in turn, reveal the layers of meaning contained in common words, as does breaking those words into syllables.

In short, it’s not a translation, it’s a new work of art. Raymond Queneau defined Oulipians as “rats who build the labyrinth from which they plan to escape,” and Mr. Terry has built a fine labyrinth and made a worthy escape. As a poet, he knows how to make old words new again, and the constrictions he’s placed on his language are his tools for that. His version of the Epic of Gilgamesh is dynamic and compact, and is almost impossible to resist reading out loud.

Here is the scene in which a trapper brings a woman, perhaps a prostitute, to a waterhole to seduce and tame the wildman Enkidu. The trapper explains to her what he wants her to do. Go ahead, read it out loud.

Hold no | thing back | make he | breathe hard

Mr. Terry has chosen to create his work from a single transcription of the poem. Some previous translators have tried to assemble a “complete” story by combining incomplete versions of the story, composed hundreds of years apart in several different languages. As Stephanie Dalley points out in Myths from Mesopotamia, we don’t have to privilege one of these tellings over another. Elements of the stories found in Gilgamesh are also found in the Odyssey, in the Arabian Nights, and, of course, in the Old Testament of the Bible, in the story of Utanapishtim/Noah and the flood. We don’t have to find the first tale, the Ur-tale, so to speak. We can celebrate all the recombinant tales, including this newest one, as evidence of the fecundity--and the persistence--of the human imagination.

PS: I want to thank Manjula Menon and Nisi Shawl for many helpful Zoomversations on the topic while I was writing this essay. Also, for anyone who’s interested, here’s a good short review of The Life of Bongo Bill, for which the reviewer scanned the front and back of the record album, and transcribed its helpful liner notes, none of which is in the YouTube posting. Nice review, and several amusing comments about its inception. I was there, and yes, it was recorded in a shoe box at the back of a closet, and yes, we were all probably stoned at the time.

Eileen Gunn is the author of two story collections: Stable Strategies and Others (Tachyon Publications, 2004 and Hayakawa, 2007) and Questionable Practices (Small Beer Press, 2014). Her fiction has received the Nebula Award in the US and the Sense of Gender Award in Japan, and been nominated for the Hugo, Philip K. Dick, and World Fantasy awards and short-listed for the James Tiptree, Jr. award. Her non-fiction has appeared in Smithsonian magazine, Locus, Paradoxa, Science Fiction Eye, the New York Review of Science Fiction, and other magazines covering science fiction, technology, and culture. She is the author of The Difference Dictionary, a guide to and analysis of William Gibson and Bruce Sterling’s novel The Difference Engine. Gunn serves on the board of directors of the Locus Foundation, which publishes the genre newsmagazine Locus, and served for 22 years on the board of directors of the Clarion West Writers Workshop. After leaving the board, Gunn has served as instructor at Clarion West.
Posted by Timmi Duchamp at 1:45 PM

Wonderful essay, Eileen. Thanks also on behalf of my best beloved for mentioning Bongo Bill. We'll forward this link on to Alex! Happy new year!