The Pleasures of Reading, Viewing, and Listening in 2020, pt. 14: Anya Johanna DeNiro 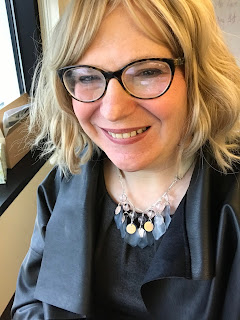 The Pleasures of Reading in 2020
by Anya Johanna DeNiro

This has obviously been a hard year from a variety of perspectives, and reading has been a constant companion—for comfort, for clarity, for a way to put my own anger and sadness into the shape of someone else’s story. Luckily, there were many books and stories this year that shone, particularly with marginalized voices. May 2021 shine just as brightly.

My favorite novel I’ve read this year has been, without a doubt, Priory of the Orange Tree by Samantha Shannon. From others who have read this novel, it should be no surprise. A rich, resplendent take on high fantasy with fantastic worldbuilding with plenty of intriguing queer characters, with plenty of heartfelt declarations and acts of courage. It is precisely the type of “big” fantasy we need right now—discarding all the b.s., retrograde tropes that don’t work and refining the ones that do.

The Space Between Worlds by Micaiah Johnson is also a particular favorite. This novel posits a version of the multiverse in which travel to parallel worlds is commoditized and exploitative. Besides being a fierce portrayal of a world jumper who is trying to survive in an unforgiving set of worlds, it’s also a moving exploration of privilege and imposter syndrome. And with a bisexual protagonist to boot.

Failed State by Christopher Brown is the third of an astoundingly plausible trilogy of novels chronicling the United States’ move towards a kind of decentralized fascism. But Failed State is also definitely the most hopeful of the three; not just showing this nation’s dissolution, but what might actually take its place with an emphasis on shared struggle and ecology.

With poetry, my biggest pleasure this year has been Wicked Enchantment, the beautifully produced selected poems by Wanda Coleman, released by her longtime publisher Black Sparrow. It’s these poems that I’ve been turning to most this year—there is truly no one else that quite has her voice, and her interplay between the formal and informal in her sonnets is a live wire.

And for nonfiction, although it’s certainly not a new book, might I recommend Earthly Signs: Moscow Diaries, 1917-1922, by Russian poet Marina Tsvetaeva. I purchased this the weekend the movement toward “stay at home” really began in mid-March, and it was an apt read for the surreality and low-baud terror of that time. Tsvetaeva was a complicated figure in Russian letters with a brutal, tragic end to her life, but here her journals have a swift, brutal and yes novelistic impact as she describes the tumult of the Russian Civil War in wonderfully written sketches that nevertheless pull no punches.

Anya Johanna DeNiro was born in Erie, Pennsylvania. She received a BA in English from the College of Wooster and an MFA in Creative Writing from the University of Virginia. She's also a 1998 graduate of the Clarion Workshop. Her short fiction has appeared widely, in venues such as Asimov's, Strange Horizons, One Story, Interfictions,Catapult, and Shimmer. She's the author of two collection of short stories, both published by Small Beer Press, Skinny Dipping in the Lake of the Dead (2006) and Tyrannia (2013); and a novel, Total Oblivion, More or Less (2009) (as Alan DeNiro). She's also been shortlisted for the O.Henry Award, and a finalist for the Crawford Award and Theodore Sturgeon Award. Aqueduct Press released City of a Thousand Feelings earlier this year.
Posted by Timmi Duchamp at 6:00 AM