The Pleasures of Reading, Viewing, and Listening in 2020, pt. 16: Cheryl Morgan 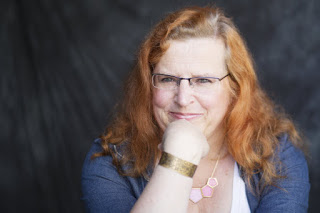 The Pleasures of Reading, Viewing, and Listening in 2020
Cheryl Morgan

My guess is that most of my fellow contributors to this excellent tradition will begin by saying how weird this year has been. And of course it has, but probably less so for me than for most people. My main source of income has continued unabated. Wizard’s Tower is still publishing books, which are selling well in electronic formats. And I have been attending far more events, in far more widely flung locations, thanks to the magic of Zoom. In fact I have been so busy that I have had to give up doing my radio show. Thankfully, because I re-started Salon Futura as a fanzine last year, I have had a good incentive to read books. It has been a wonderful year.

Most of you won’t have had a chance to read The Absolute Book by Elizabeth Knox yet. Having been a Knox fan for some time, I bought it as an ebook from the little academic press in New Zealand that first published it. You have a treat in store, I promise.

Something else that delighted me was the critical reception for Comet Weather by Liz Williams. Liz has been a friend for many years and lives fairly near to me. I’ve championed her work for many years and am very pleased to see her, and NewCon Press, getting so much attention.

A number of big-name writers had new books out this year. The City We Became by NK Jemisin, Network Effect by Martha Wells, and Unconquerable Sun by Kate Elliott were all as good as we have come to expect. Susanna Clarke returned to us after a long absence with Piranesi, which is very different to Jonathan Strange & Mr Norrell, but no less delightful. Rebecca Roanhorse staked a claim to inclusion in this list with the excellent Black Sun.

I’m very pleased to see an increased presence of writers from around the world on our bookshelves. Chosen Spirits by Samit Basu is a very fine cyberpunk novel set in near future India. Vagabonds by Hao Jingfang (translated by Ken Liu) is an extraordinary novel that channels The Dispossessed in its story of an Earth-Mars conflict. And speaking of Le Guin, Red Mantle, the final book in the Maresi series (translated by AA Prime) has cemented my opinion that Maria Turtschaninoff is the closest thing we have to the dearly missed Ursula that we have working today.

Novellas have yet again proved a fine source of reading entertainment. The Empress of Salt and Fortune by Nghi Vo is one of my favorite reads of the year. It is closely followed by Ring Shout by P Djèlí Clark, The Ghurka & the Lord of Tuesday by Saad Z. Hossain and Flyaway by Kathleen Jennings.

Another delight of 2020 is the emergence of non-binary writers of color. I have yet to read Kacen Callender’s novels, but if Queen of the Conquered was good enough for the World Fantasy Award jury then I’m sure it will be good enough for me. Akwaeke Emezi won the Otherwise Award with Freshwater which is an extraordinary use of traditional Igbo religion to make peace with a very complex gender identity. Anne-Marie McLemore, one of the finest writers of trans-themed YA, came out as non-binary this year, and produced Deep & Darkest Red. It is a plague novel, which might not be what you want right now, but it has an absolutely heart-warming ending. Someone you may not have heard of is Rita Indiana. She’s from the Dominican Republic but writes in Spanish. Tentacle (translated by Achy Obejas) is a fabulous novella about the environment and gender, and the second book I have read this year that makes use of the genderfluid orisha, Olokun. I’m not sure how Nino Cipri identifies with regard to ethnicity, but FINNA is a very fine and very funny novella, and possibly the best thing about IKEA.

While I’m on the subject of trans-themed literature, I had the huge honor over the past two years to act as a consultant on Mike Carey’s Rampart Trilogy. The first two volumes: The Book of Koli and The Trials of Koli are now available, and I warmly recommend them. I also very much enjoyed The Order of the Pure Moon Reflected in Water by Zen Cho and First Sister by Linden A Lewis.

Here in the failed state now known as the Untied Kingdom, we are anxiously waiting for the final shoe of Brexit to drop. We formally left the EU a year ago, but have been in a transition period that allowed us to have full member benefits for another year. That ends in January, with no meaningful trade deals in sight. We are bracing for having to deal with shortages of food and medicine while still suffering from a government response to COVID-19 that is so inept that, measured by deaths per million of population, we are worse off than the USA. Inevitably some writers have examined the problems with our national psyche that have led us to this point, through the lens of fantasy. The Sunken Land Begins to Rise Again by M John Harrison, and the entire Witches of Lychford novella series by Paul Cornell, are fine examples of this genre.

We’ve had something of a resurgence of science fiction in 2020. I still have the new Kim Stanley Robinson to read, but I can recommend War of the Maps by Paul McAuley; Machine by Elizabeth Bear; Golidlocks by Laura Lam; and Paper Hearts by Justina Robson.

Other books well worth a look in fantasy and horror include Lost Future of Pepperharrow by Natasha Pulley; Mexican Gothic by Silvia Moreno-Garcia; Mordew by Alex Pheby; and of course Harrow the Ninth by Tamsyn Muir.

Finally in books I have a steampunk recommendation. Triggernometry, a novella by Stark Holborn, takes as its conceit the idea that mathematics is so powerful that expert practitioners are super powered, and recasts a bunch of real math geniuses as wild west outlaws.

Television has continued to go from strength to strength. Series I have very much enjoyed this year included Watchmen, Picard, Lovecraft Country, The Mandalorian, Supergirl, Star Trek: Discovery, and Agents of SHIELD. I was particularly pleased to see Doom Patrol get their own series. The episode featuring Danny the Street, a sentient, teleporting small-town street that is home to a variety of LGBTQ+ people, was a particular favorite. Grant Morrison, who created Danny, and on whose 1990s comics the TV series is based, came out as non-binary this year.

However, the stand-out TV experience of the year has to be the final season of She-Ra and the Princesses of Power. Noelle Stevenson has done a magnificent job with this reboot, and I am very much looking forward to the promised movie.

Much as I love She-Ra, if you only watch one thing on TV this year, I would ask you to watch Disclosure. This Netflix documentary, fronted by Laverne Cox and directed by the very talented Sam Feder, looks at the history of Hollywood’s depiction of trans people, and the impact that has had on trans people’s lives. It is a harrowing watch for someone like me, but absolutely essential viewing for anyone who wants to understand just how badly my community has been demonized.

I read very few comics these days, but I do want to put in a good word for Vei. I mentioned volume #1 last year, and this year I got the concluding book. Sara Bergmark Elfgren and Karl Johnsson have done a fine job reclaiming their national mythology for a modern audience and making Loki even more spectacularly queer than he is in the original stories.

In podcasts, I would like to thank Gary K Wolfe and Jonathan Strahan for their Ten Minutes With series on Coode Street. It was great to hear interviews with so many wonderful writers during the first months of the pandemic. One of their interviews led to my making a new signing for Wizard’s Tower.

As I mentioned above, I have attended a lot of events on Zoom. That includes conventions. I was particularly pleased to attend FIYAHCON, and to be part of FutureCon. I’m sure you have heard of the former. The latter was a free international event run by a bunch of folks from Brazil, with the help of my Italian friend, Francesco Verso. It has been wonderful to meet so many new writers from so many different countries.

It would be remiss of me not to plug my own books. This year Wizard’s Tower has published a bunch of Juliet E McKenna reprints, and three brand new books. The Green Man’s Silence continues Juliet’s hugely successful contemporary rural fantasy series. Unjust Cause from Tate Hallaway is a new novel about the magical cops of Precinct Thirteen. And As the Distant Bells Toll is a collection of fantasy stories from one of Croatia’s top writers, Aleksandar Žiljak.

I’ll conclude with a brief mention of music. There was a new Bruce Springsteen album out this year. Letter to You features the full E Street Band and is every bit as slick and delightful as I have come to expect. I haven’t yet got to reading my copy of Maria Dahvana Headley’s translation of Beowulf, but it was pointed out to me on Twitter that Darkness on the Edge of Town can be read as a Beowulf concept album. I find this utterly delightful.

Cheryl Morgan blogs, reviews and podcasts regularly at Cheryl’s Mewsings and Salon Futura. She is the owner of Wizard’s Tower Press . She also lectures regularly on topics of SF&F literature, and on queer history.