The Pleasures of Reading, Viewing, and Listening in 2020, pt. 3: Lisa Tuttle 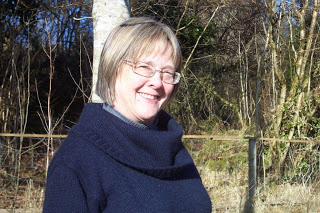 The pleasures of 2020...well, there’s a strange idea in this strangest of years.  Of course the anxieties, sorrows, and strangeness of the global pandemic did not preclude all pleasures, even if travel plans, holidays, conventions, festivals, and celebrations were cancelled,  theatres, museums, and other venues closed, conversations could only be held at a distance, meetings were via the internet if they happened at all, and people worked from home, were furloughed, or lost their jobs – still, there are pleasures to be taken even when normal life is restricted.  Above all (for me), there are still books to be read.

Some people, I know, found it hard to muster the concentration to read anything more than the news, or found it impossible to get lost in a novel they way they used to, and read less;  others, with more time to spare, read more.  I see that I’ve read the usual number of books – in any ordinary year in the past two decades I finish reading between sixty to seventy-two  books. So far this year I have read 59, so I should easily make my average by  New Year’s eve.

The only thing different was that in recent years I had cut back on buying new books – especially fiction – not only because of the expense,  but because our house is overflowing with books (many still unread) already, but since one of the concerns about the pandemic was that book sales would plummet, leading to fewer books being published and more impoverished authors, I decided it was not only OK but actually my duty to buy more books. Even now, our local library is still shut, and others in the region are open for reduced hours and have bought no new stock since February, so I figure I can deal with the problem of storage space by donating more books to the library, or handing them on to others to read.

Here are the books of 2020 I have read and enjoyed so far.  It turns out that I have not regretted a single purchase, and I can recommend every one of these as probably among  the best books of the year:

Writers and Lovers by Lily King (wonderful about writing, love and grief – smart and funny)

What we did in the dark by Ajay Close

The Wise Friend by Ramsey Campbell

The Sunken Land Begins to Rise Again by M. John Harrison (I read this after Ramsey’s and was struck by similarities in their concerns, atmosphere, fears, thoughts about landscape from these two very different writers...the Zeitgeist manifesting?)

The Mystery of Henri Pick by David Foenkonos

The Evidence by Christopher Priest

Mexican Gothic by Silvia Moreno-Garcia (to be fair, I did not buy this, the publisher sent me an ARC, but if I had seen it in a bookshop, the gorgeous cover would have made me pick it up, and after reading the first page, I’d have bought it.)

Breath: The New Science of a Lost Art by James Nestor (the only non-fiction book I bought on impulse, and the only book on this list that I think everyone should read – honestly, it could be that important for your health. )

Older books that I read this year, of special importance:


Hangsaman by Shirley Jackson   (Jackson is an especially iconic writer for me, mainly for The Haunting of Hill House and her short stories, but this novel had completely escaped my attention. It is weird and wonderful. After reading it, I ordered a copy of the Ruth Franklin biography: Shirley Jackson: A Rather Haunted Life and read that. I’ve also dug out my old, first-edition of another Jackson novel,  The Sundial which I  remember nothing about,  but must have read in my teens, and am planning a re-read of all of her short stories soon, since there must be others that I missed.)

The Idiot by Feodor Dostoevsky  (This is so great. I have come to Dostoevsky late, but better late than never. )

Other People’s Letters by Mina Curtiss (I came across this book in a box in the loft as I was performing the grim task of culling our old books to make room for the new.  It is subtitled In Search of Proust and my copy is a 2005 reprint  of a book published sometime in the late 1970s. I could not remember why I’d bought it – but there were some years in the past when I bought a lot of books connected with Proust.  I’d never read this one, and thought that it was unlikely I ever would, now, so it seemed like one to get rid of.  But first, I would just sample a few pages.... and when I did, I fell in love with the author’s voice, just as it seems lots of other people fell in love with the author when she was still alive and kicking.  It’s a hoot. Probably the most engaging, charming, enjoyable book I read this year – providing an escape from our gloomy pandemic year, into the totally different, if equally gloomy, chilly world of post-war Britain and France as Mina Curtiss (editor and translator of the first English collection of Proust’s letters) sought out various surviving aristocrats and servants who had known the great writer.

Lisa Tuttle is the author of numerous novels and short story collections. Her most recent novel is The Curious Affair of the Witch at Wayside Cross. She has also published nonfiction and more than a dozen books for younger readers. In 1974 she won the John W. Campbell Award for Best New Writer and, in 1987, the BSFA award in the short fiction category. Aqueduct Press published her novella My Death in 2008 (which is now available as an ebook). Born and raised in Houston, Texas, she has made her home in a remote rural region of Scotland for the last twenty years.
Posted by Timmi Duchamp at 6:00 AM