The Pleasures of Reading, Viewing, and Listening in 2020, pt. 10: Lee Mandelo 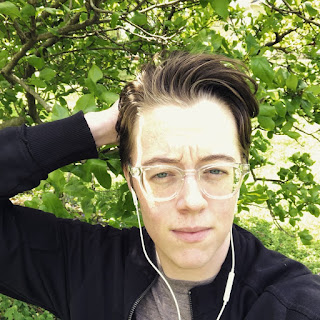 Pleasures of 2020
by Lee Mandelo


I’m sure I don’t need to note the haunted strangeness of 2020, because we’ve been struggling with it all across the globe, but writing year’s end wrap-ups has been especially odd. Time bends and squiggles: did that actually come out in 2020, if the release was before March? As I review my list of books read, use Spotify’s data to figure out what I listened to, and so on, I keep running smack into intense temporal dislocation. Like, was stuff I did in June part of 2020 in the same way the stuff from November or February was? I guess so, but it feels wrong.

On the other hand, in isolation, media of all sorts has kept me marginally attached to the surface of the planet. I’m more grateful for the pleasures of media than I’ve ever been. Digital concerts, Zoom book events, and streaming releases that caught the public conversation: those felt like being among friends in place of the real thing. At the same time, my reading in particular was disparate and disjointed. I consumed fewer books than I’ve ever tracked before in my adult life. Focus, what even is it, yeah? So I’m sure I’ve missed boatloads of things in this list, which is super loose and intended as a general reflection, by nature of forgetting I even did it this year.


But as for the books, let’s try to split them into two categories: the ones I already reviewed, and the ones I didn’t have a chance to. Going through the year’s criticism output, I noticed threads connecting the books I liked best: complicated representations of ethics, gender, and sexuality, as well as playful relationships to genre. Oh—and gorgeous-slash-provocative prose. The Blade Between by Sam J. Miller is a supernatural thriller about gentrification, while Plain Bad Heroines by Emily M. Danforth gives us metafiction, ghosts, ghouls, and multiple generations of queer women. Harrow the Ninth by Tamsyn Muir (the sequel to Gideon the Ninth) also goddamn delivered, catapulting past the challenge of second-book-doldrums. I also highly recommend two books in translation, Where the Wild Ladies Are by Aoko Matsuda, a set of reimagined Japanese folktales that mess with gender and culture, and The Disaster Tourist by Yun Ko-eun, a sharp novel about neoliberal capital and the dark tourism industry.

As for books I didn’t write about elsewhere, there’s a mix of poetry, academic work, and fiction. Let’s get the academic stuff out of the way first (though I do recommend it!): Animal Intimacies by Radhika Govindrajan opened me up to the concept of ‘multispecies ethnography,’ while Ecology without Culture: Aesthetics for a Toxic World by Christine Marran spoke with care about the direction cultural or ‘area’ studies should grow toward in a globally connected world ruled by industrial capitalism. I also re-read Cruel Optimism by Lauren Berlant—prescient in our currently nightmarish political moment—and Cruising Utopia by José Esteban Muñoz, plus a classic I tackled for the first time, Feminism without Borders by Chandra Talpade Mohanty.

Solidarity and the value of difference have been occupying my brain a lot, unsurprisingly. That held for my reading in poetry and comics: I got a lot out of Homie by Danez Smith and Feed by Tommy Pico, both of which deal complexly with queerness, race, and surviving the USA. The transnational trans-ness of Love Me for Who I Am v. 1 by Kata Konayama and the tenderness of Trung Le Nguyen’s The Magic Fish stuck with me, in heartwarming ways, but I read far fewer comics otherwise than usual.


As for fiction: lots of books about queer masculinities, trans and otherwise. Docile by KM Szpara tackled consent under capitalism, as well as recovery and ‘what happens after someone breaks you?,’ with plenty of blisteringly sexy graphic fucking. On a different note, Real Life by Brandon Taylor was stunning: his writing is precise, even and especially when it’s dealing with the ugliness of racism and homophobia in the world of academia. I re-read On Earth We’re Briefly Gorgeous by Ocean Vuong, too, which is so beautiful and miserable and full. A brief leap over into young adult gave me the pleasure of Cemetery Boys by Aiden Thomas, which is serious without losing a certain romantic lightheartedness, a combination I found good for distracting from the world outside.

Musically, anyone who follows me on Twitter is 100% inescapably aware that I’ve been a fan of BTS since around 2016—and that trend continues. Startling as it is, 2020 saw the release of two stellar BTS albums. Map of the Soul: 7 (ft. “Black Swan,” a song I’m totally getting a tattoo from one day) came out at the start of the year, but the explosion of the COVID-19 epidemic crashed the massive press/world tour schedule… which included a set of public art projects, including many queer artists and artists of color, focused on the theme of “Connect.” Then, last month, the band released BE. It’s a short, intimate album produced entirely in quarantine focused on the range of emotions we’ve shared during the pandemic. In continuing historic fashion, the single “Life Goes On” marked the first debut of a song predominantly in a language other than English at the #1 spot on the US Billboard charts. Even without radio play. Plus, their two-day livestream concert in October contained both phenomenal showmanship and use of new tech for audience connection. 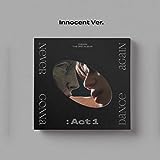 Other albums I spun on repeat include recent entries like The Weeknd’s After Hours, Run the Jewel’s RTJ4, Agust D’s D-2, Taemin’s Never Gonna Dance Again, and Bad Bunny’s YHLQMDLG… but I also returned to old favorites that comfort (or wound) me, like The National’s Trouble Will Find Me, Lady Gaga’s The Fame Monster, Tyler the Creator’s Scum Fuck Flower Boy, and Brockhampton’s Saturation I-III album set. Orville Peck’s Pony, with its genderfuck gay cowboy energies, never left casual play in this household from 2019 to today, so that deserves a note too.

Podcasts filled the silence in my household too—regular weekly listens like My Brother, My Brother, and Me, The Read and Keep It!, of course, but also queer series like the Outward podcast, Food4Thot, and LGBTQ&A. The reportage podcast 99% Invisible taught me shit like “how the Enron emails created our contemporary digital world,” while horror serial The Magnus Archives kept me chewing my fingernails with (queer) stress. Our Opinions are Correct from sf community darlings Charlie Jane Anders and Annalee Newitz is another always-listen, with quality guests and a wide-ranging set of well researched topics. I recommend them all!

For visual media, I wrote a couple of essays on my watches in 2020: for example, I fucking loved The Boulet Brothers’ Dragula. I also watched Scream Queen!: My Nightmare on Elm Street, the Mark Patton feature, alongside Nightmare 2—and it got me in my feelings. The release of Disclosure, the trans documentary, was significant to me; not only was it quality film-making, but it modeled how to do solid media critique with nuanced attention to context. And I was super late to the party, but I finally watched Horror Noire, and I think I’m going to add it to my syllabus for the following term’s course on gender & media.

Series-wise, during recovery from top surgery I re-watched around six seasons of The X-Files; it holds up surprisingly well, despite some cringe-inducing representational politics moments (hey, it was the 1990s). BTS released a longer documentary, Break the Silence, following them through their previous world tour. I love that sort of attention to how the sausage is made in artistic undertakings like that, so I enjoyed it. Lastly, something I’m actively watching right now and adoring much later than everyone else I know on the planet: The Untamed, a Chinese drama about gay yearning, necromancers, hubris, and familial politics.

Overall, I think I’ve listened to more podcasts and watched more television than in previous years? There’s something about sound and sight, filling the space with imagined bodies, being near to people without being able to touch them. The constant influx of news goes without saying: keeping track of protest and action, political and community resistance and mutual aid, et cetera. So the media I consumed otherwise was, I think, more directed toward healing or comfort. I’ll be curious to see how these patterns hold in 2021, if I’m able to return to more reading or if the audiovisual needs will continue to hold dominance.

For all of us: hold tight and hold close, support your local bookstores and community centers, be accomplices more than allies. And with all the best luck, I’ll see you next year.

Lee Mandelo is a writer, critic, and occasional editor whose fields of interest include speculative and queer fiction, especially when the two coincide. They have been a past nominee for various awards including the Nebula, Lambda, and Hugo; their work can be found in magazines such as Uncanny, Clarkesworld, and Nightmare, and their novel Summer Sons is forthcoming from Tordotcom in 2021. Aside from a brief stint overseas learning to speak Scouse, Lee has spent their life ranging across Kentucky, currently living in Lexington and pursuing a PhD at the University of Kentucky.
Posted by Timmi Duchamp at 6:00 AM