Reading, Viewing, and Listening in 2014
by Fiona Lehn 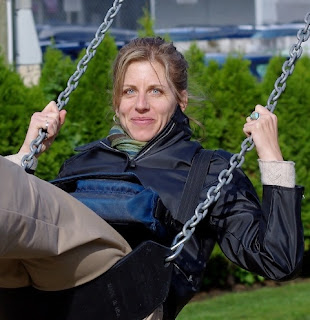 Looking for stories to fill your dark days of hibernation this winter? If you like space adventure, feminist science fiction, and/or space opera, I have two words for you: Ancillary Justice. Ann Leckie’s award-winning debut novel has been mentioned earlier in this 2014 blog so I will leave it at that.
Next on my list is Floating Worlds. It’s hard to believe that this epic novel by Cecelia Holland is nearly forty years old. This is a space adventure, a study of anarchy, and ultimately the story of heroine Paula Mendoza, who works to negotiate peace between the middle planets and gas planets before their war destroys everything she knows. This science fictional work by a well-known American historical novelist has been compared to the works of Arthur C. Clarke and 2014 National Book Award winner Ursula K. LeGuin.
Speaking of historical novels, Alan Smale has a new alternate history novel, the first in a trilogy, coming out in March of 2015. It’s called Clash of Eagles and tells the story of a Roman leader, sent to find gold in the new world, only to find an intelligent and complex native civilization already there.
I also recommend the Goblin Emperor, Katherine Addison’s fantasy novel about an unschooled young half-goblin who is suddenly crowned ruler of a troubled country. Addison weaves depth of character and intriguing plot into a narrative that I found to be quietly compelling.

Spirit: The Princess of Bois Dormant, by Gwyneth Jones, is a space adventure fantasy novel of a more desperate nature. It tells the tale of Bibi, who is forced from her position as a junior officer to become a concubine, and things get worse from there. She ultimately seeks vengeance on those who betrayed her. A harrowing heroine’s journey, exquisitely written, by one of England’s greatest contemporary science fiction and fantasy writers.

This year I binged on bunches of science fiction television series. I’m a bit of a junkie, I must admit, and have enjoyed seeing many strong female characters playing major roles, and political issues addressed in creative and intelligent ways, including:
·
Continuum (a time-travel cop show, with main character Kiera going back in time to try to stop corporations—one of which is called Sonmanto—from destroying the future);
·

Defiance (a space adventure, with believable aliens living with humans in post-apocalyptic St. Louis);
·
Sleepy Hollow (a humorous and thrilling supernatural, pre-apocalyptic cop show, with main characters Ichabod Crane—awakened 250 years after falling in battle during the American Revolution—and Sheriff’s Lieutenant Abbie Mills. Together they try to stop the imminent arrival of the four horsemen of the apocalypse.
·
The Blacklist (an espionage thriller in which FBI rookie Liz Keen must work with a government fugitive to put away criminals no one else can catch).

Right now I’m listening to Judy Collins and have to say, some music never loses its relevance for me. Her renditions of “Goodge Street” and “Suzanne” remain two of my all-time favourites.
This year, I really got into Muse. In a time when most rock bands are studio concoctions that fail in a live venue, Muse is the real deal. Intelligent music and lyrics, great production—this is one of the best bands making music today.
Finally, Barbra Streisand released a new album this year called Partners, in which she duets with some of the top male vocalists in the business. Is it her best work? Probably not. But I wanted to mention this milestone album because her career and artistry have blazed a trail for countless women in music and film to follow and widen and pave over. Streisand’s achievements, like her iconic voice, have influenced the artistic world for decades, and will resonate for decades more.

Happy viewing, reading, listening, and ambling along the aqueduct, and all the best in 2015!
Fiona Lehn

Fiona Lehn made her first professional sale of fiction in 2008 when “The Assignment of Runner ETI” won third place in the Writers of the Future contest. From 1993 to 2006, she co-produced several CDs of her original songs and performed across the U.S. From 2007 to 2011, Lehn served on the editorial collective of Room, Canada's oldest feminist literary magazine. Though Fiona grew up in Stockton, CA and is a graduate of the University of California at Santa Cruz, she lives now in Vancouver, BC as a Canadian citizen. Aqueduct Press published her novella The Last Letter as a volume in its Conversation Pieces series in 2011.
Posted by Timmi Duchamp at 1:13 PM