The Pleasures, of Reading, Viewing, and Listening in 2014, pt. 22: Catherine Krahe

The Pleasures of 2014
by Catherine Krahe 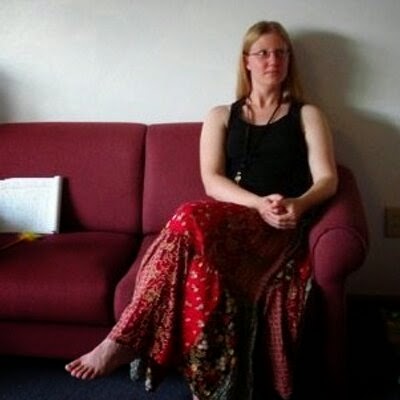 Any time I'm asked for recommendations, I mention Courtney Milan, who's been mentioned already this series. I read a lot of romance these days and Milan is reshaping the genre. She subverts and expands the genre while still being part of it, which is no small feat. Her latest series, The Duchess War, The Governess Affair, The Heiress Effect, The Countess Conspiracy, and The Suffragette Scandal, deals with matters of identity-- who you are, what you do, what you have done, what you will do, and declaring ownership of all these things.

I'm getting too formal and not making these books sound as awesome as they are. And they are awesome. Yes, there are nobles here and there, but there's also alternate Victorian science, a women's newspaper with an Ask a Man column, neat explanations of privilege, poor people, rape explained not as something stolen from the woman but as an assault, a woman pretending to be stupid, annoying, and perfectly innocent (people pretending to be stupid: it is a trope I adore), and a sassy bowler-wearing suffragette with a box full of exclamation points you can use.

Plus Milan has written some really good sex scenes.

Changing audiences completely, Stephanie Kuehn's Charm and Strange was one of the weirdest reading experiences I had this year. I'm not sure what to tell you to encourage you to read it and find your genre expectations completely blown away. Dare I say it's the best new werewolf novel I've read in a while? Because it kind of is.

Also YA is Above by Leah Bobet. It's a contemporary fantasy set in Toronto and blew me away with its craft and intersectionality. Unlike a lot of YA, which uses the snappy first-person narrator as a default, this book could not exist with a different narrator. Matthew's experience of the world shapes how the reader experiences the semi-magical community he lives in and the terrifying surface world. The aspect I loved most, besides the intersectionality, was that Matthew sees a different set of races from the typical white American experience. He still sees race, but he places importance on a completely different set of characteristics. The book doesn't wobble, isn't clumsy or halfhearted, and through it all, I knew I could trust Bobet with what she's doing. Trust makes a huge difference in a book like this.

Speaking of a magical kingdom, Otherbound by Corinne Duyvis is a strong and well-tangled debut from one of my CW11 classmates. Issues of disability, agency, intersectionality, and responsibility abound, whether it's details like what language is spoken at home-- and in what context at home-- or that one of the two viewpoint characters is mute. After spending a chapter in her head, I was always surprised to find that the other character could speak aloud. Otherbound doesn't make anything easy, not romance, not guilt, not magic, not daily life for a kid who lives more in another world than our own. The ending isn't easy, either, but honest; it strikes to the heart of the entire book with a single perfect sentence.

An alumna of Clarion West, Catherine Krahe's fiction has appeared in Realms of Fantasy, Nature Futures, and Missing Links and Secret Histories: A Selection of Wikipedia Entries from Across the Known Multiverse.  She recently received a Master’s degree in environmental engineering from the University of Iowa and plans to save the world by telling stories and planting trees. She is on the staff of Alpha, the science fiction, fantasy, and horror workshop for young writers.
Posted by Timmi Duchamp at 5:31 PM