The Pleasures of Reading, Viewing, and Listening, pt. 7: Alisa Alering


Verbose Victorians and Friendship Cheese: Reading in 2014
by Alisa Alering 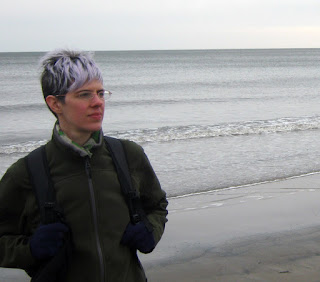 I almost feel as if it would be somehow more honest to review the books that I meant to read this year but somehow never got around to. I read far less than I used to, though I still digest a few every month. Even so, the finished ones seem to be far outnumbered by the eternal ranks of the enticing-but-unread (not entirely dissimilar to other areas of my life.)

Choosing from the books that I have actually read or listened to over the past year, the two that I’ve enjoyed the most are Everything I Never Told You, by Celeste Ng and A Tale for the Time Being, by Ruth Ozeki.

I don’t know that these novels have anything obvious in common. Everything is short and spare, focusing on the members of one family over the span of a few months, while Time Being is expansive, pursuing multiple narratives, multiple timelines, life, the universe, and everything. Yet I felt passionate enjoyment and a sense of engrossing wonder while reading both of them.

With Everything, I was hooked from the first lines: “Lydia is dead. They just don’t know it yet.” I love mysteries, and it’s always promising when the body appears on the first page. But this is not a story about a dead girl; it’s about the shattered family left alive. They each shelter secrets, and though (mostly) well-intentioned, continue to damage each other as they flee their own pain.

Despite equally cheerful themes of suicide, disaster, and cruelty, Time Being has a more exuberant feel. The voice of teenage Nao jumps off her diary page, friendly and unruly, and I never wanted to leave her story. But I also loved Ruth’s quieter sections, her mundane concerns and her observations and interactions with the natural world.

Others novels I enjoyed:

Little Century, by Anna Keesey was given to me by a writer friend who insisted I read it so we could talk about the ending. The jacket misleadingly describes the story's events in terms of a breathless romance, as if its actual story of a young woman finding her place in the world were insufficient to captivate a reader. And my friend was right, it has an amazing final chapter that transforms and deepens every word that precedes it.

The Luminaries, by Eleanor Catton - Reviewers complained that this 2013 Booker-prize winner was "long and demanding" (NYT). At 848 pages in hardcover, I can't argue with long, but demanding is in the eye of the beholder. The "verbosely Victorian style" (NYT again) goes down smoothly for one who comfort-reads the works of original verbose Victorians like Trollope. But here, instead of smoggy London, we get the wild gold-mining frontier of Hokitika, New Zealand. The landscape feels incredibly real, the characters rich and varied, and the ending leaves open the question of whether all of the seemingly supernatural events can be rationally explained.

I also had a good time with Hilary Mantel’s Wolf Hall (another Booker winner and another "grueling read" according to the same NYT article). Mantel's near-obsessive dedication to the pronoun "he" and refusal of proper names was frustrating, but there was magic in the rest. So much detail, so much interior thought. So much much. Having listened to Philippa Gregory's somewhat less exalted The Other Boleyn Girl a few years ago, the history was fresh in my mind, and it was fascinating to watch the same events unfold from the opposite side of the table.

American Elsewhere, by Robert Jackson Bennett - Horror isn't my usual cup of inky sludge, but I was

sucked in by this Shirley Jackson award-winner, largely because, for most of the book, I couldn't anticipate where it was headed. It mixes traditional Twilight Zone creepy Americana with noir tropes and bumbling criminals, a strong female heroine, X-Files-style government experiments, and oh yeah, monsters. Tor. com calls it "deliciously weird," and I have to agree.

I’ve had a bit of a fad lately for biography and memoir. One of the reasons I read is because I badly want to know what’s going on in that mysterious space: someone else’s head. Fiction illuminates that wonderfully, but so too does memoir.

Autobiography of a Face, by Lucy Grealy – Grealy’s childhood cancer caused her severe physical pain and left her with a permanently disfigured face. The writing here is really wonderful, and subject not so much tragedy voyeurism as an exploration of identity. I’m now looking forward to reading Truth and Beauty, a memoir by writer Ann Patchett about her friendship with Grealy.

Mastering the Art of Soviet Cooking: A Memoir of Food and Longing, by Anya von Bremzen - A sort of mother/daughter memoir, history of communist Russia, and cookbook combined. Food is the ship of memory and von Bremzen uses it to connect with her past whether attempting to recreate the fictional feasts of Russian literature or recalling the “Friendship Cheese” of her own Soviet-era childhood. Lots of love and irony here, and a few fascinating recipes.

At the end of summer, I embarked on a short story reading and discussion campaign with a fellow writer. We’re reading everything: classic and new, literary and genre, commercial and experimental. Thanks to a Facebook poll for suggestions, we have a wonderful inventory of things to read for the rest of the year. Some favorites so far have been:

Alisa Alering was born in the Appalachian mountains of Pennsylvania where she ran around barefoot and talked to the trees. Her short fiction has appeared in Clockwork Phoenix 4, Flytrap #11, and Flash Fiction Online. She is a graduate of Clarion West (2011) and winner of Writers of the Future (2013).  Her "The Night Farmers’ Museum" was chosen by judge Robert Coover as runner-up for the 2014 Italo Calvino Prize. Her story "Madeleine Usher Usher" appeared in Aqueduct's Missing Links and Secret Histories: A Selection of Wikipedia Entries across the Known Multiverse. www.alering.com | @alering
Posted by Timmi Duchamp at 5:00 AM