The Pleasures of Reading, Viewing, and Listening in 2014, pt. 21: Eleanor Arnason As I have mentioned before, I am having trouble reading fiction these days. My core reading for most of my life has been science fiction and fantasy, and I don’t find it as interesting as I used to. Either it has lost sense of wonder or I have.

I recover my sense of wonder by reading books on dinosaurs. The most recent one is Flying Dinosaurs by John Pickrell. Pickrell is a science journalist, and his book is a competent overview of recent discoveries, with some neat paintings of feathered dinosaurs as they might have looked. I love paleontological art.

This new take on dinosaurs is partly due to reexaminations of dinosaurs that emphasize their bird-like traits and to remarkably detailed fossils from China, which show us that a number of dinosaur species had feathers. Some of them—for example Microraptor – apparently flew or at least glided. 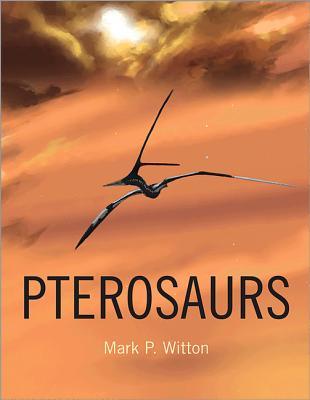 I also find pterosaurs wonderful. They filled the skies in the era of dinosaurs, but they were not dinosaurs, and none of their lineage has survived into the present The largest of them are so huge that it’s hard to imagine how they flew, but they must have. (Quetzalcoatlus had an estimated wingspan of 36 feet, and weight estimates range from 150 to 450 pounds.) Mark Witton’s book Pterosaurs is a bit too specialized for my liking, but I bought it and intend to keep it. He has interesting ideas of how pterosaurs walked on the ground and how they took off.

So giant non-dinosaurs soared in the Cretaceous skies, and feathered proto-birds stalked over the ground. It’s even possible that T. Rex had feathers or some fuzz. There were actual flying dinosaurs and real early birds, such as Confuciusornis, as well. Pretty neat, and not at all like the Cretaceous era of my youth. Best of all, dinosaurs are still around and highly successful. Every time I remember that, my heart grows lighter.

The other thing that gives me back my sense of wonder is anime. I am currently watching Ghost in the Shell, a Japanese TV series from 2002-2004, which is set circa 2030, in a corrupt future Japan populated with robots, androids, cyborgs and un-augmented humans. The heroes are a government police force made up mostly of cyborgs, though there are also robots and one un-augmented man. They are more or less super-cops, led by a woman – usually called the Major – whose body is entirely artificial. Like Raymond Chandler’s private eye, they are the honest characters in a crooked world. (Don’t think Japan by itself is corrupt. As far as we can tell, every human society is crooked.) The series is partly about corruption, but mostly – I think – about what it means to be human.

The ghost of the title seems to be what we would call a soul. Do the cyborgs have souls? Do the robots? For that matter, in what sense do the crooked politicians and corporate leaders have souls?

The show is violent, and you can see the depiction of the Major as sexist. She has one heck of a build and is usually falling out of her far-too-skimpy costume. But her artificial body is extremely, inhumanly powerful. She doesn’t fear men. Nor does she want to attract or placate them. Most of time, she seems tough and a bit cold, the kind of person who is armored in her own self-confidence.

The series also has tachikomas, bright blue robots with high-pitched, girlish voices and guns. They are adorable, and they also appear to be gaining self-awareness, as they try to puzzle out human behavior and their own existence.

So that is what makes me happy these days: dinosaurs, pterosaurs, Section Nine (which is the major’s team) and tachikomas.

Maybe I am made happy by new ways of seeing and thinking. Our vision of dinosaurs and pterosaurs and birds has changed and is continuing to change. Ghost is the Shell gives us a new world, though not a nice one, and a new way to think about humanness.

In our current world, which seems locked into a dark and terrible future, new ways of seeing are important.

Eleanor Arnason has written several novels and many short stories. Her fourth novel, A Woman of the Iron People (2001), won the James Tiptree Jr. award for gender-bending science fiction and the Mythopoeic Society Award for adult fantasy. Her fifth novel, Ring of Swords (1995), won a Minnesota Book Award. Aqueduct Press published her collection Big Mama Stories in 2013, her Lydia Duluth adventure, Tomb of the Fathers, in 2010, and her collection, Ordinary People, in 2005. Aqueduct will be releasing e-book editions of The Sword Smith, To the Resurrection Station, and Daughter of the Clan Bear in 2015.
Posted by Timmi Duchamp at 1:31 PM