The Pleasures of Reading, Viewing, and Listening in 2014, pt.2: Sarah Tolmie


What I Read This Year
by Sarah Tolmie 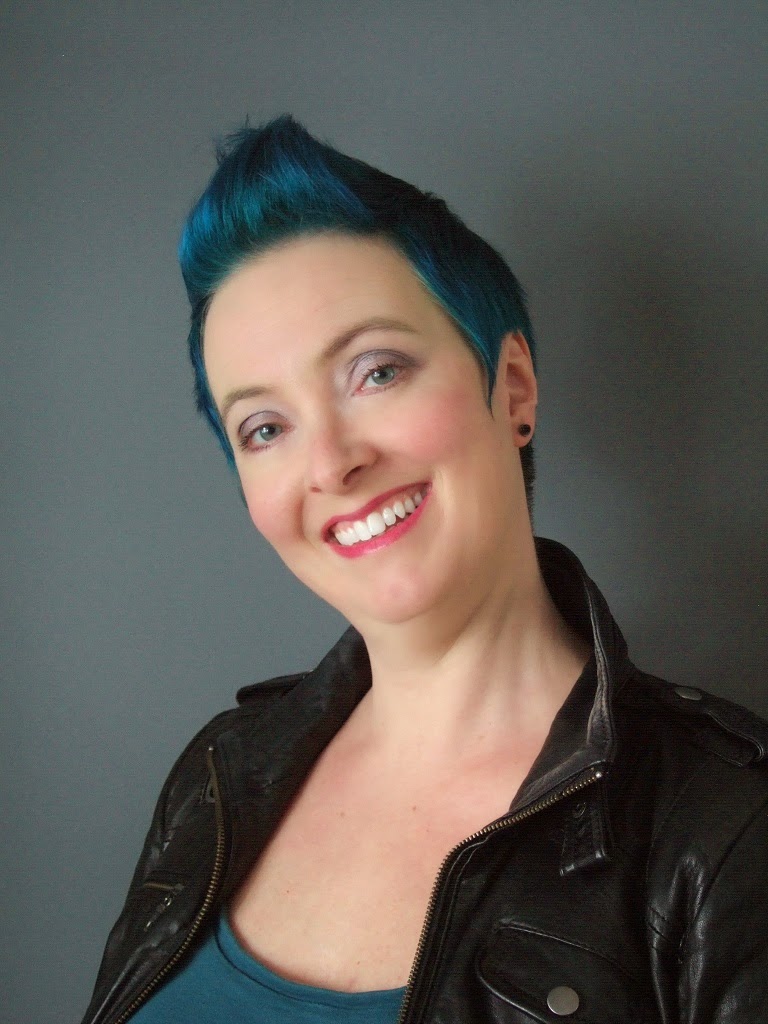 What did I read this year? I remember asking myself this question last year, and quailing slightly.  Hanging out with a spec fic writing crowd now, it takes some getting used to to be surrounded by voracious readers again. I was that kid in grade school, in high school, as an undergrad. But in grad school and afterward, no. It is a pervasive myth that academics read a lot. Certainly not in English departments. People in the humanities may read deeply, but not widely. The only person I know who reads like I did as an undergrad -- every kind of fiction, philosophy, art history -- is a physicist at the Perimeter Institute. I find this fact increasingly depressing.

On a lighter note, I did manage to read a few things this year. None of them are from 2014, of course. The high point was Carolyn Smart's delicious and brave and amazing book Hooked, a collection of first-person poems in the personae of seven spectacular, and spectacularly dysfunctional, women of the early twentieth century. You

know, some suicidal modernist poets, a serial killer, the woman who was in love with Hitler. It makes you want to put every useless fake autobiography of Marilyn Monroe straight on the bonfire. And most sanctimonious biopics. Amen. As a plus it will be produced as a stage show at Theatre Passe Muraille, Toronto, in 2015, having already toured internationally.

I also fell in love with the Archpoet, the man with the best cognomen in history and one of the first professional literary shit disturbers. If most people know him at all it is as the writer of a bunch of the raunchy Latin drinking and complaining songs in the Carmina Burana, which has had a wonderfully long life due to Carl Orff and various other twentieth-century composers. But even when he's not propped up by an orchestra and a full headbanging choir, the Archpoet is a cool guy in a counterculture twelfth-century way, a poet determinedly taking hold of arcane Latin versification and wrenching it toward his own language (probably German): vernacular before the vernacular. The fact that you have to read Latin to appreciate this does not negate his achievement. People will be recording similar facts about the English we presently speak within a century. And the single best live stage show I have ever seen was of the depressive,  internationalist, non-speaking Russian clown Slava Polunin using the Orff score, in London in the 90s.

In a similar but somewhat later vein, I have been re-reading the Metaphysicals, particularly Donne, Marvell and Herrick, this time as a grownup. It is even more powerful, wise and achingly beautiful this time. Ripeness is all. Herrick -- this is part of the narrowness I mentioned before, the stuff that doesn't make it into big teaching anthologies and that you consequently don't read if it's out of your period -- was a prolific writer of aphorisms. Very prolific, running into the hundreds. Most are forgettable, or just little thought points. But hearing Sarah Burgoyne, a writer with Baseline Press, read recently (and aphoristically, and likely drawing on the same books of the bible as Herrick did) made me look at the endless little smartass couplets again: they can really nail it. Nail it and leave you squirming. Donne remains in a class by himself, a dreadful fact that he was all too aware of. I would have gone to church to hear him, and there never could be any other reason. Such is his power. I was well into writing the current novel (-ish thing, which felt like a novella for a while and began as a short story, is this sounding familiar?) before I realized that it was deeply related to a few lines from the Divine Meditations on the resurrection of the flesh. Then I added in Carolyn Smart's heartbreaking couplet as a frontispiece:

and now I am stuck in what may become a monstrous novel.  This is what art does, from any period.

It is a replication technology as good as the genome, though just as much prone to error. As for Marvell, seeing Peter S Beagle's A Fine and Private Place today in the bookstore, I immediately bought it and wrapped it for myself for Christmas. I'm writing an ars moriendi  just now and I have faith he will do justice to the theme of death, remembering the elegy of The Last Unicorn.

This has also been the Year of Pokemon, for me. I realize this can hardly be news to the public. My kids are eight and ten; Pokemon is still huge in grade school. I had no idea that children still collected and traded physical cards: I thought this had died with 50s baseball cards or 70s hockey cards. There are online battles; there are endless TV series. Still, the cards and the specs are at the centre of it. There are parts of the mythos that I hate: if you had a Pokemon, why would you battle it? I was a longterm but lousy Pony Clubber for this reason during my whole childhood. Anyway, I have become a Pikachu fan, some twenty years late. Pika, pika!

And Peter Capaldi has happened to Dr Who. Bloody excellent. It was all getting too emo for me. When you run out of Dr Who you can watch In The Thick of It and learn how to swear all over again. Smith and Tennant did fine jobs, can't complain, and Russell T Davies' tireless work to get the creaky old thing back on air and impart some postcolonial anxiety and gender trouble to the enterprise were invaluable and necessary. Still, the Doctor is a fuckhead curmudgeon (edit as necessary) at core and it's nice to see us just get on with this fact; he is the face of the British colonial power in its latter, guilty, unpredictable, wondering days. He creates problems, and therefore plots, by showing up and screwing up as much as succeeding. I, for one, am weary of the endless moaning I hear via FB about Steven Moffat. His stories are the best and most sophisticated since the reboot. Dr Who, in the context of its making, in Britain, is the most mainstream of the mainstream, a children's show, and always has been. Might as well castigate Fox News. The distance between what we might believe possible of the BBC and Fox News is, regrettably, coming to mark the distance between Britain and America; it's a hard space to negotiate. Nonetheless, it is worth remembering that the show is an export to alternate America, that beleaguered state. At home it's shooting straight down the middle. It's a very different middle, that's all.

I have a break in the new year: I'd like to read Alyx Dellamonica's Child of a Hidden Sea, and I have heard that a sequel to Sofia Samatar's A Stranger in Olondria is also due. I am looking forward to Jeffrey Donaldson's The Missing Link: The Cognition of Metaphor and the Metaphor of Cognition, out in the spring, and I've been saving Vermeer's Camera and the documentary Tim's Vermeer. Others will occur to me. I know they will. 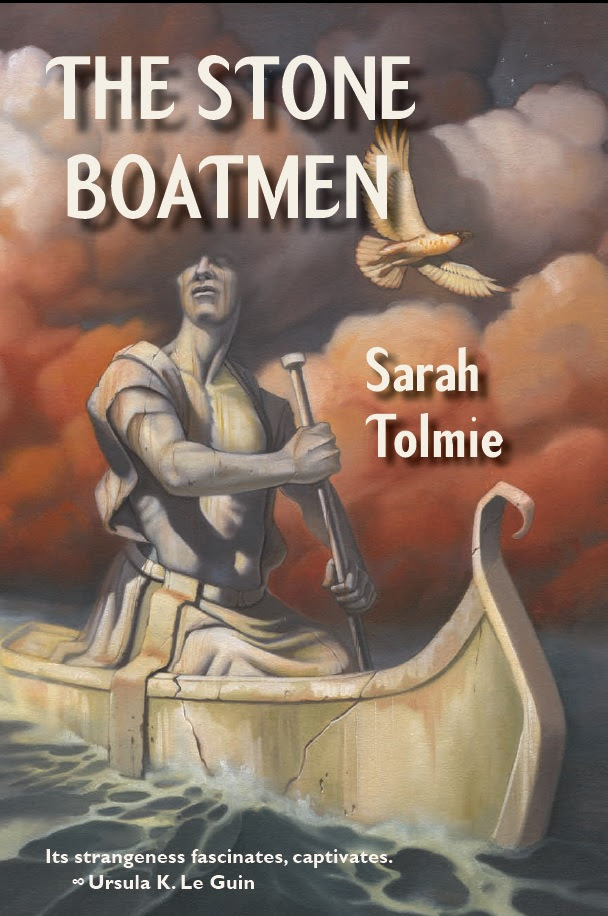 Sarah Tolmie is an Associate Professor in the English department at the University of Waterloo, where she teaches medieval and renaissance literature, general British literature, and creative writing. She publishes on the bizarre late medieval visionary poem Piers Plowman and its relations to logic and language and has been developing a virtual reality translation of the text — what she calls a “wearable poem” that the reader walks into via a head-mounted display — called the Salvation Suit, since 2009. This technological experiment has led to several other research-creation projects, among them building an augmented reality angel out of a human dancer and a pair of dynamically-responsive virtual wings, and making a whispering gallery of voices saying “goodbye” with a Kinect, an interactive theatre piece about mourning.  Aqueduct Press published her debut novel, The Stone Boatmen and NoFood, a suite of stories, in spring and summer of this year.
Posted by Timmi Duchamp at 6:00 AM