The Pleasures of Reading, Viewing, and Listening in 2014, pt. 23: Katrinka Moore

The Pleasures of 2014
by Katrinka Moore 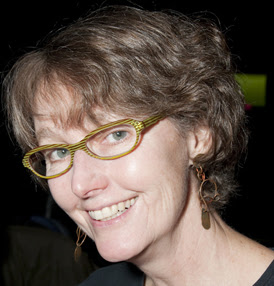 Elements of wildness run through what I’ve been reading, and through the events I’ve had the chance to see and hear over the past year.

Early in the winter I went to The Drawing Center in New York to see an exhibit of Emily Dickinson’s manuscripts written on envelopes. It was very moving to view the actual artifacts, and I felt that the handwritten poems on cut and torn pieces of paper diminished the boundary between the poet’s inner intensity and the reader standing on the outside.

Sometimes Dickinson filled the available space with words. For example, she wrote “In this short Life that only lasts an hour” on the triangular flap of an envelope, making each line shorter down to the single word at the bottom. (The final — or anyway, the printed — version of the poem is two long lines.) On the other hand, she wrote a draft for “A not admitting of the wound” on only half the available space, an opened-out envelope. And “Glass was the Street – in Tinsel Peril” she fit in two columns on a torn envelope.

Whatever her purpose in using these paper fragments for writing drafts of some poems — thrift, convenience, design — she saved them. I liked these “scraps” so much I cut out odd-shaped pieces of paper to give to participants in a visual poetry workshop I taught later in the year. Some people filled up the space, others wrote around the edges. Each poet approached the space differently.

The envelope manuscripts are reproduced in The Gorgeous Nothings: Emily Dickinson’s Envelope Poems, edited by Jan Bervin and Marta Werner. You can see some of them here: http://www.poetryfoundation.org/poetrymagazine/article/246738 and scroll down]

Viewing the exhibit led me to begin an informal study of Dickinson’s work, starting with Helen Vendler’s Dickinson: Selected Poems and Commentaries. I find Vendler very helpful, from her deconstruction of individual poems to placing each one in the framework of the poet’s work and life.

But mostly I read contemporary poetry this year. Caroline Beasley-Baker’s For Lack of Diamond Years (Pelekinesis, 2013) has more than one kind of wildness. There’s family in “pre-school/the eyes & ears”:

my aunt lola sitting on my father’s knee — my mother
leaping
from off the top of the juke box:

And then there’s the outside, as in “nativity/early spring in 3 colors”:

Beasley-Baker is also a visual artist and once did graduate work in myth and folklore. Reading her book is like swirling around in colorful, mythic landscapes. http://www.cbeasley-baker.com

Sarah Stern mixes erotica and family in But Today is Different (Wipf and Stock Publishers, 2014; http://sarahstern.me). She writes about her mother in “After the Stroke”:

I bring her memoirs to read.
She likes them.
She tells me I lost my ass.
I reach back
and there it is

smaller, true, but still there.
I love my ass and tits.
Always have—thighs another matter,
now that I’m older
I’m liking them.

They’ve been there for me.
I feel her slipping away….

And then there’s the wild love of — maybe everything — in this part of “Tongue/Fire/Eclipse/Groove”:

I knew then at 3 a.m.
Out on the terrace 23 degrees
I shouted it at the moon
Copper/yellow/egg
An iota of nothingness in my winter coat
And my son’s basketball sneakers,
I looked up, the stars shining
With a light that pierced/changed me
My voice echoed over the park and Henry Hudson
I was standing in the night air
Shouting for all time
I love you to no one—to you.

George Held writes about the seasons in Culling (Poets Wear Prada, 2014), but with the sadness of extinction and climate change hanging over. In “Natural Quiet” he writes about the loss of silence:

I’ve known natural quiet only once, In the core of the Swedish forest, where Lost alongside a lake one moonless night, Too rapt for fright, I heard cicadas chirr, Hooves thump, mink drink, fish splash, although the roar Of blood deafened me, and dark sealed my sight. 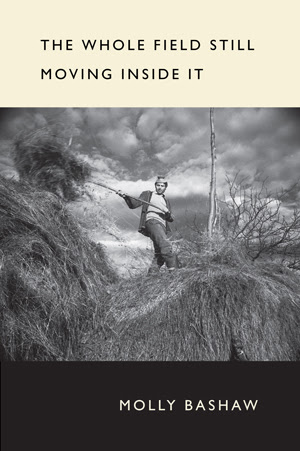 Molly Bashaw is a poet and musician who grew up on small family farms. The Whole Field Still Moving Inside It (The Word Works, 2014) is a mythical version of her childhood. Here is the ending of “There Were No Mirrors in That Farmhouse”:

It must have been
because we had been separating stones
from pebbles from stones so deeply gone
they could not touch the plow, stones
from boulders for our wall, that the hay bale
we threw down from the loft, held together
by two short pieces of twine,
seemed weightless and full of light.
The whole field still moving inside it.

I also read and viewed lots of wild poetry and art online. Here are a couple of pieces from MungBeing, a journal that has everything — art, music, all kinds of writing.

Elizabeth Poreba begins with an epigraph by Thomas Berry in “The Invention of Photosynthesis”:


“…when living forms had consumed the conditions of their own survival…photosynthesis was invented…” --Thomas Berry. The Dream of the Earth

You’d think we’d have taken the hint to fade
back to cosmic dust, but we were still cells,
single, not sensitive to rebuff. The oxygen was gone,
but we still had hydrogen and sun,
so someone, some optimist, some
entrepreneur of air, got an idea,
and made sugar out of carbon. The invention
caught on, and we’ve made a fortune.

A classic tale: When handed a lemon...
don’t crave Coke. Work with what you’ve got. 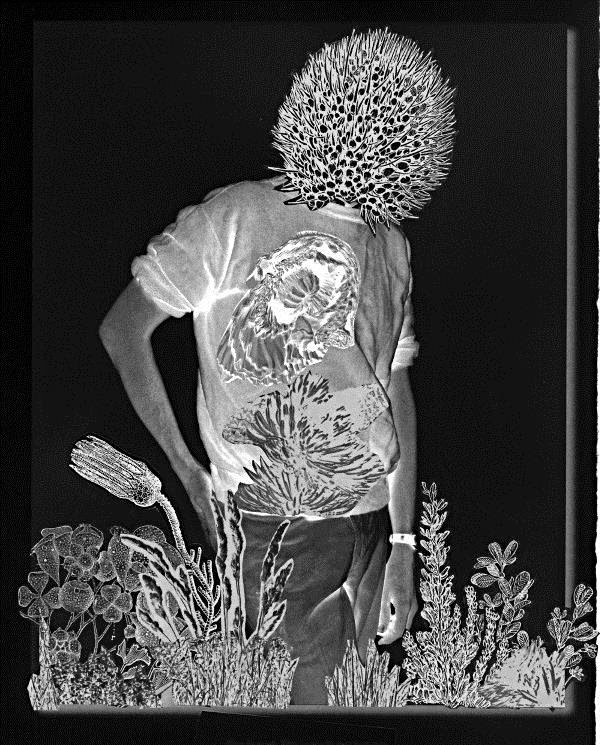 ~ ~ ~ In the summer my husband and I went to the Grey Fox Bluegrass Festival in Oak Hill, New York, a days-long event with a wide range of musicians rooted in Americana but taking their own ways — Carolina Chocolate Drops, Elephant Revival, Barleys Jacks, The Steel Wheels, Gangstagrass (yes, bluegrass hip-hop). What a scene — families living in tents and trailers for the duration, everyone bringing chairs to set up on the lawn. Then there’s the Dance Tent, a stage and a wooden floor for the audience, fairly close quarters — nothing like listening to Rhiannon Giddens & company while dancing with friendly people of all ages, kids and dogs running around.

Late in the summer I read Gary Snyder’s A Place in Space, a book of essays published in the mid-1990s but with pieces going back to the 1970s. As always, Snyder writes beautifully about existing in nature, but I was disheartened by the environmental problems he detailed that have only worsened, with no progress made at all.

Here’s Snyder on wildness and language:


Wildness can be said to be the essential nature of nature. As reflected in consciousness, it can be seen as a kind of open awareness — full of imagination but also the source of alert survival intelligence. The workings of the human mind at its very richest reflect this self-organizing wildness. So language does not impose order on a chaotic universe, but reflects its own wildness back.

As it turned out, Snyder’s essay “Writers and the War Against Nature” helped inspire Meredith Monk’s performance piece On Behalf of Nature, which was the culminating wild event I saw at the end of the year at the Brooklyn Academy of Music. Snyder imagines the role of the artist as a “spokesperson for non-human entities communicating to the human realm through dance or song.” That pretty much describes On Behalf of Nature. Monk and her co-performers dance and sing, and both their wordless songs and their simple movements are haunting, calling up knowledge and feelings so ancient they mix not only animal and human but wind, water, fire. Monk is a shaman. I hope we are listening.

Katrinka Moore’s epic poem Numa was published by Aqueduct Press in 2014. She is the author of two previous poetry collections, Thief and This is Not a Story. She lives in New York.
Posted by Timmi Duchamp at 6:27 PM