The Pleasures of Reading, Viewing, and Listening, pt. 6: Lucy Sussex

A 2014 Selection
by Lucy Sussex 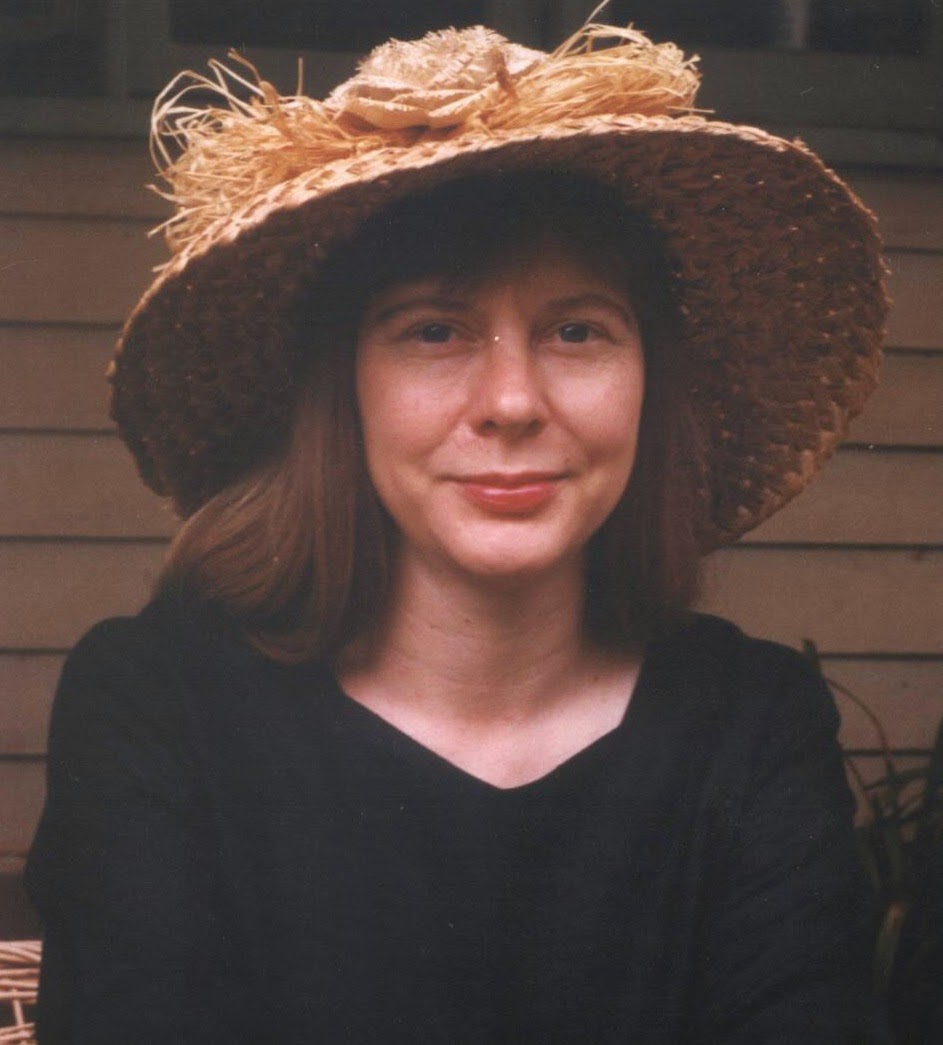 2014—a strange year, reading-wise.  Because I was doing longer reviews, for the first time in some years, rather than shortbites, I got to savour my response to a book more. That said, it happened that the longest reviews were not necessarily the books I most wanted to write about. I also had less of the reviewing the moderns/researching the Victorians experience, which has had some odd consequences in the past. Once upon a time I was co-judging a contemporary fiction award, and at the same time reading up for my thesis chapter on early crime/melodrama author Ellen (Mrs Henry Wood). After a while I got her modus operandi and she started to seem a rather better author than most of ye moderns. However, I behaved myself and refrained from suggesting that she should get the award.

Given the dearth of available information, what more can be said about Jane Austen? Quite a lot, as it happens. Byrne eschews the chronological approach for object theory: artefacts associated with Austen, which have their own story, but also tell hers. They range from portraits to lace to a royalty cheque. The result is to put the writer in context, and show how rich was her social and cultural milieu.  Austen’s interest in the French Revolution, her anti-slavery sympathies, her determination to be a successful writer, all are given due emphasis by Byrne’s approach. I learnt much, not least about the model for book publication, which I will draw upon in my next book. And I also got the inspiration for a short story, which I sold to Ellen Datlow. Thank you, Paula and Jane.

Living with a Wild God: A Non-believer's Search for the Truth about Everything
Barbara Ehrenreich
Granta

Barbara Ehrenreich is well known as a public athiest and investigative journalist. Now, in her seventies, she reveals a personal contradiction, that in her teens she had a profound mystical experience.  While what happened did not lead her to religion, it still became the central event in her life. Without this "enlightenment," she would not have become the person she is. It marked her out as special, if not anointed for a mission.

The teenage Ehrenreich was the child of socially and geographically mobile parents, alcoholics living in a state of marital war. She was bright, isolated, and miserable.  Her teenage words are as unbearably self-centred as the usual adolescent effusions, and quite hard to read. There are hints that she was mentally at risk, with odd dissociative episodes, experienced visually, momentary altered states of mind.

Then came the full-blown experience. She travelled with her young brother, and a boyfriend, out of Los Angeles. They spent a vigorous day skiing, then stopped for the night in a nondescript town, sleeping in their car. In the morning, sleep-deprived, hungry, and badly sunburnt, she went for a pre-dawn walk, alone. And entered into a world on fire, subsumed into something wild, violent, and ecstatic.

Brief though this experience was, it marked her. She could have dismissed the experience as a mental fugue, but did not: it had simply been too overwhelming. Though she put it aside, but could never forget it.

In this memoir she puts all of her investigative skills, all her research, into discovering what happened to her. Thanks to the family atheism, she could not file the experience into the spiritual category.  She examines religious mystics rigorously, yet feels more affinity with shamanism. Never does she deny the experience, but neither can she relate it to any kind of God-like being.  She lacks the religion gene, or the inspired madness of Philip K. Dick, who also saw the mystical in California.
Suffice to say, Ehrenreich does arrive at an explanation that satisfies her, and also takes the reader on an extraordinary journey.

Before Pussy Riot were the Slits. They were the original feminist 70s punk rock band, loud and

confrontational. Albertine wrote and played guitar with them. Her memoir has raw energy, utter honesty. She also tells a formidable story. It begins with the comment that autobiographers are either twats or broke: “I’m a bit of both.”

In retrospect, the Slits are respected. At the time they faced constant misogyny and actual violence. Singer Ari got raped, and stabbed twice.  The Slits enraged male privilege—girls were not supposed to play electric guitar. Yet Albertine notes punk was the only time she fitted in. When the band split in 1981, she felt devastated.

In the aftermath she taught aerobics and had a career as a film-maker. Two weeks before marrying, she suffered an ectopic pregnancy. Years of brutal IVF followed. Shortly after her daughter’s birth she got diagnosed with cervical cancer. It took a decade from her life, which time she spent as a housewife on the English south coast. Then her marriage broke up—her husband resented her creativity.

This tale could be a misery memoir, but Albertine refuses to play victim. She has all the positive energy of the Slits, toughness and laughter. And if at the end she is alone, no matter. She has great relationships with her female family, and is making music again.

One of the hardest literary genres in which to write is the medical memoir. Pain makes us recoil into ourselves, licking at our wounds. Writing about it may serve as a necessary catharsis, but the results are not necessarily good art, rather the reverse. Poet Brett is the outstanding exception.

This book examines the story of how a young Somali living in Australia was convicted of rape--due to contaminated DNA.   It would have been difficult to write, the subject belonging to an immigrant community afflicted with refugee trauma, and subject to racial/religious prejudice.  Matters were not helped by Jama remarking that women in Australia “have too much power.”  Later he withdrew his cooperation.

Szego did not need it; nor that of the victim, "Maria." She shows how a chain of circumstances, a woman found unconscious in an apparent date-rape, led to the arrest of  a young black man from the other side of town. Only DNA linked the two. The Police laboratories denied any possibility of mix-up, and Jama got jailed.

What happened was extraordinary, an accident of non-admissable evidence, which led to a second victim, "Taylah."  Unlike Jama and Maria, she happily talks, in a chapter that is the warm heart of this book. Szego is particularly skilled in her treatment of ambiguities often elided in the adversarial system, which prefers black vs white. The perception of consent, the nature of rape—a lesser writer would have come to grief here. What also emerges is a chilling portrayal of modern Australia, where cultures clash, but misogyny still rules.

This collection contained two fine examples of a rare genre: the crime short story. It is hard to do well, but Atwood has the form nailed. “The Freeze-Dried Groom” is a macabre modern take on Miss Havisham, and begs for a movie adaptation. The title story, written to entertain an audience of Arctic tourists, answers the question: how could you murder someone in this setting, and get away with it? It appeared in the New Yorker. The book also contains a horror story, “Lusus Naturae.” which essays vampire matter, realistically: the shortest tale in the book, but brilliant, with nary a word wasted. I’d happily anthologize it.

Where Song Began: Australia's Birds and How They Changed the World
Tim Low
Penguin

After Australia’s European discovery, its weird creatures became famous worldwide. Marsupials have hogged the spotlight, but much less is known about the native birds. How extraordinary they really are is the focus of this book. Meet the white-winged chough, the only bird that practices slavery. Or the magpie goose, which is neither magpie nor goose, but belongs to a unique waterfowl family.

Here DNA studies upset the orthodoxy, like a quoll in a henhouse. Budgies may have conquered the world as cage-birds, but their fellow feathered friends did so by wing-power millions of years earlier. Parrots and songbirds originated in Australia, then flew across the globe. The original songster was the lyrebird.

The interplay between environment and the avians is a major feature of this book. Australia’s soils and sun creates excess nectar. It nourishes birds, and they act as major pollinators. Without them, forests will not survive.  Moreover, the nectar fuels competition between species, the result being some of the most aggressive and noisy birds on the planet. Another factor is brainpower: Australia’s big parrots, and their New Zealand cousins are among the most intelligent of all creatures.  They deserve much better than to spend their long lives alone in small cages.

Low has written a book highly informative, but also most readable. Twitchers everywhere will rejoice, but there is also much here that ordinary readers will enjoy.

For fiction, a book already mentioned by the Aqueduct columnists:

We Are All Completely Beside Ourselves
Karen Joy Fowler

At the heart of this book is what it means to be human. Can we be Lords of Creation and also part-Neanderthal? Are we so different from the apes? Anthropomorphism is ancient, the act of seeing animals in our own image. Instead Fowler suggests empathy as a better alternative, without false sentiment. This novel is weighty, yet written with a lightness of touch that is more effective than any agitprop.  It charts a profound philosophic journey, mixing wit with scientific rigour.  The result might be Fowler’s most important work yet.
And I also add Ann Leckie’s Ancillary Justice, a book that has run away with many prizes, but which is also concerned with what it means to be human. And of course, post-colonialism, the crumbling of empires.

Lucy Sussex was born in New Zealand in 1957. She has degrees in English and Librarianship from Monash University, and is a freelance researcher, editor and writer. She has published widely, writing anything from literary criticism to horror and detective stories. In addition she is a literary archaeologist, rediscovering and republishing the nineteenth-century Australian crime writers Mary Fortune and Ellen Davitt. Her short story, `My Lady Tongue' won a Ditmar (Australian Science Fiction Achievement Award) in 1988. In 1994 she was a judge for the international Tiptree award, which honours speculative fiction exploring notions of gender. Her first adult novel, The Scarlet Rider, is about biography, Victorian detective fiction, voodoo and a ghost. Aqueduct Press published her collection, Absolute Uncertainty, in 2006.
Posted by Timmi Duchamp at 6:00 PM