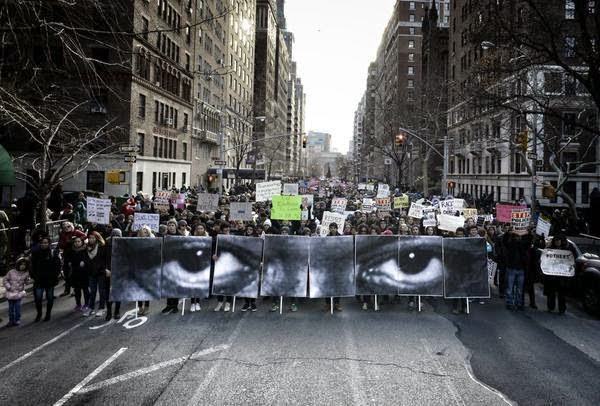 We are watching you. We’ve been watching you. And feeling the effects of every decision you make that has made life, not only here in America, but world-wide, a living hell for everyone but you. (Not all colorless people, but conveniently, enough to uphold the status quo.) And we know that your greed and total lack of soul has made you irredeemable. I will not list your crimes against humanity, just pick your favorite six dozen and take it as written. But let’s imagine that one of the things I’m thinking of is the attempted systemic destruction of colorful people as demonstrated by your need to take over, colonize, exploit and dominate every last one of us. We charge genocide. And when I say we, I mean me.

So just push the damn button already, because this long slow march to death is unnecessary. (Although quite profitable for you. Your wallet is stuffed, guess we’re working on your ego?)

You are not going to stop. We understand that. Your inability to share and your fear of retribution goads you to try even harder to solidify your power. Making us, from America to Australia to West Papua, dependent upon you for food, (terminator seeds, anyone?) water (a commodity?), and a place to be, (What? You say you ‘control’ this land? But I live here!) Pushing your doctrine-driven education, not for the wonder of knowledge but to corral us into a self-defeating way of life that serves only you. Fomenting fear and hatred and violence because it pays so well. (And is so effectively distracting.)

But we’re not going to stop resisting either. How could we? Why should we? Your empire is not going to last forever. Your time has come and is done.

So just push the damn button already. Because we don’t have the weaponry that you do and we’re not going to fall for the trick of buying them from you, as so many other sufferers have, only to become just like you.

So just push the damn button already, and our survivors will show you what humans can be.

Celeste Rita Baker is a writer from St. Thomas, Virgin Islands living in Harlem, New York. She has a short story collection to be published by Aqueduct in 2015 and is completing a novel about a Black woman and a saint inhabiting the same body in a futuristic New York City.
Posted by Arrate at 6:02 PM

This is a powerhouse of piece to me, whew. Go Celeste!