The Pleasures of Reading, Viewing, and Listening in 2014, pt. 17: Lesley Hall

The Pleasures of Reading, Viewing, and Listening in 2014
by Lesley A Hall 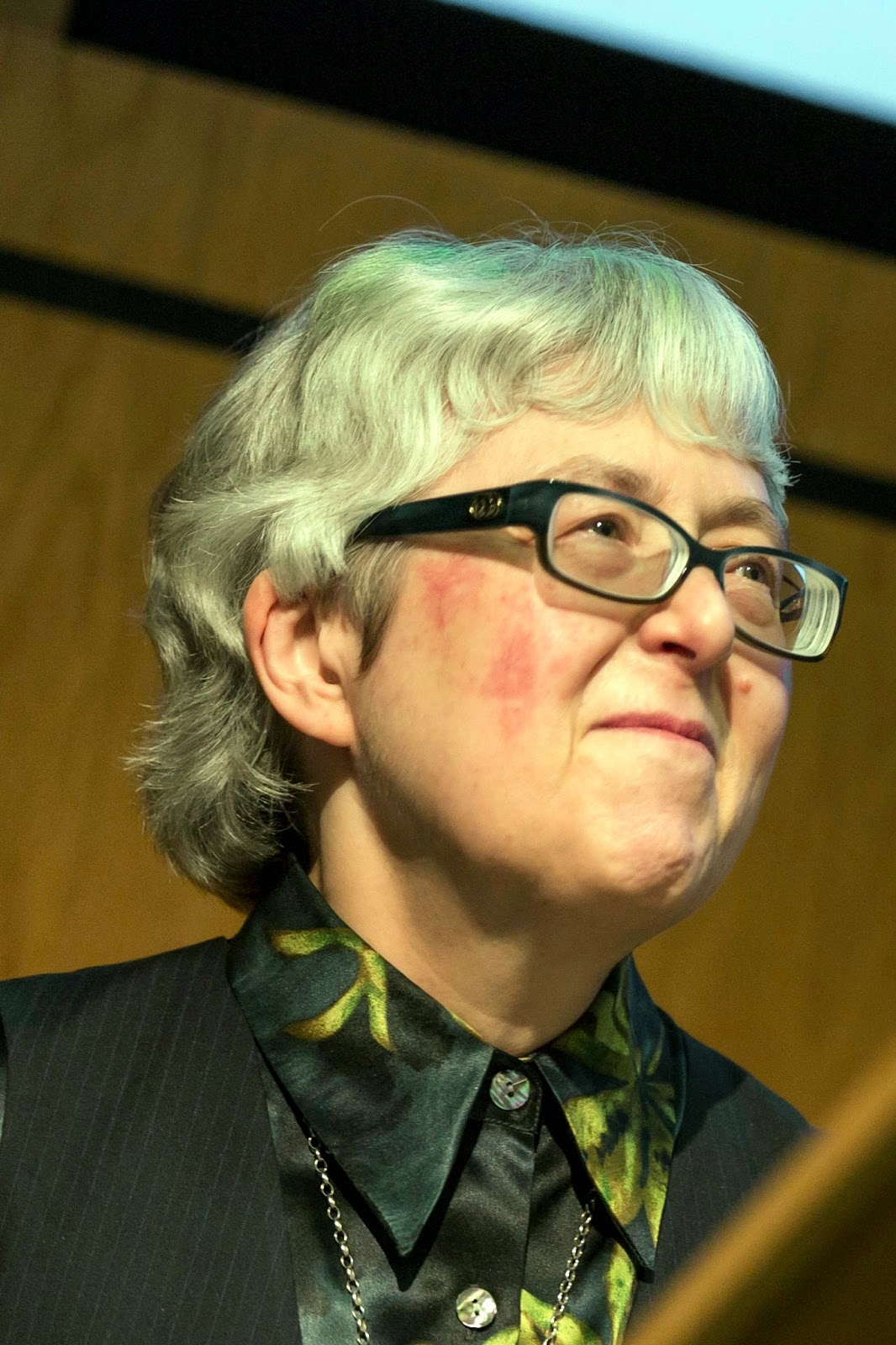 Over the past two years much of my reading has been undertaken in the capacity of one of the judges of the Arthur C Clarke Award– last year’s submissions were still occupying my attention well into the early part of this year, and submissions for this year have been accumulating over the past months. Since I feel it inappropriate to discuss any of the works which were submitted, I wondered if I had anything much to say about my reading during 2014, but on reflection I did manage to read a significant number of works for personal rather than judgemental reasons.

There were indeed still works of sff I read that were not eligible for reasons of non-UK publication, appearing in ebook form only, or being considered by their publishers too much towards the fantasy end of the spectrum for an award which has historically been largely associated with the harder sf end of the spectrum. One that I (like so many others) found particularly admirable was ‘Katherine Addison’ (Sarah Monette)’s The Goblin Emperor. Beautifully written, with well-rounded characters and intricate world-building, this was a story on the theme perhaps too seldom told of a central character, who, in spite of past damage, wants to do the right thing and to get away from cycles of vengeance. Another work which posited civilisation as worth struggling for was Stranger, by Rachel Manija Brown and Sherwood Smith, a work pitched at the YA market but breaking away from the tropes that have become perhaps tediously recurrent in the genre. The post-apocalyptic setting is vivid and the characters are commendably diverse and complex, as are their relationships. Zen Cho’s Spirits Abroad brought together the short stories of this wonderfully fresh voice and perspective.

In the realm of literary fiction, there were outstanding new works by old favourites – Jane Smiley’s Some Luck, Marilynne Robinson’s Lila – but this year’s major discovery for me was Chimamanda Ngozi Adichie – I devoured Purple Hibiscus, Half of a Yellow Sun and the short story collection The Thing Around Your Neck in rapid succession, though found myself almost hesitant to begin Americanah when it came out shortly afterwards for fear it could not possibly live up to its predecessors (but it did). I undertook a re-reading (nearly 20 years since I first read it) of Vikram Seth’s A Suitable Boy: it turned out to be an ideal book for a four day train journey across Canada from Vancouver to Toronto (or maybe that was the ideal situation for reading so long and complex a novel with its many interweaving strands).

There was a small group of biographies/critical studies of several of the fascinating women who were part of the circle around the interwar feminist journal Time and Tide: Angela John’s magisterial study of its founder and owner, Margaret Haig Thomas, Lady Rhondda; Lisa Regan’s Winifred Holtby's Social Vision (there was a certain period this year of Holtby obsession during which I also read Letters to A Friend, Winifred Holtby As I Knew Her, and Selected Letters of Winifred Holtby and Vera Brittain) ; Elizabeth Maslen, Life in the Writings of Storm Jameson: A Biography. I also discovered from Julia Jones’s The Adventures of Margery Allingham that Allingham, so much better known as a crime novelist, also contributed, rather unexpectedly, to Time and Tide. I re-read a number of the novels of E. M. Delafield, which are far less cosy than her best-known work, The Diary of a Provincial Lady and its sequels, first published in serial form in Time and Tide (the world still awaits a biography of Delafield as good as those just mentioned).

In the realm of autobiography and memoir, two books which in their very different ways combined personal life histories with a broader view of social history were Kathleen Hale’s A Singular Talent (Hale was an artist who is probably best known for her picture books about Orlando the Marmalade Cat, but led a fascinating life in early twentieth century bohemian circles), and Rani Sircar’s Strains in a Minor Key: A Celebration of Sixty Years in Calcutta, a memoir which presents the changes in this complex and vibrant city from the final years of the Raj to the present, interwoven with glimpses of Sircar’s own life as an educated Indian woman belonging to the Christian minority community. I was privileged to receive a complimentary copy of this work, which seems (from my recommendations of it to friends) to be almost impossible to get hold of. Sircar’s earlier memoir, the delightful Dancing Round the Maypole: Growing out of British India, is also alas reported to have become virtually unobtainable.

Moving into more academic social history, I was particularly impressed by two studies of ‘below-stairs’ life which were very much counteracting nostalgic ‘Downton Abbey’ visions of domestic service in the past: Lucy Delap’s Knowing Their Place: Domestic Service in Twentieth-Century Britain and Katherine Holden’s Nanny Knows Best: The History of the British Nanny, both of which combined detailed research in a range of sources and analytical thought to illuminate their subjects and to explore the complex relationships involved.

As mentioned above, I was in Canada during the course of the year – in fact I made two visits in connection with conferences – so much of my ‘viewing’ activity was about its beauties, of which the cross-country train journey enabled me to see a splendid variety – mountains, prairies, forests (and one bear). I also spent a week on the lovely campus of the University of Victoria (though much of that was spent in the archive collections reading other people’s correspondence for a new research project), and took the spectacular Victoria-Vancouver ferry trip. My second trip was rather a mad round of lecture-giving, but friends did take me out for a brilliant day canoeing in Gatineau Park. Other viewing involved the tremendous paintings of Emily Carr (there is a major exhibition currently in south London that I long to get to) and the Group of Seven.

Lesley A. Hall is a London-based archivist and historian, and author of several books on the history of gender and sexuality. She has also published a volume in the Aqueduct Press Conversation Pieces series, Naomi Mitchison: A Profile of her life and work (2007). Her biography of a pioneering British feminist sex radical and campaigner for reproductive freedom, The Life and Times of Stella Browne, feminist and free spirit, was published by IB Tauris in 2011, and the expanded and updated second edition of her textbook, Sex, Gender and Social Change in Britain since 1880 was published in 2012. Lesley's website can be found at http://www.lesleyahall.net.
Posted by Timmi Duchamp at 6:00 AM

So nice to see Stranger on your list. I finished reading it a day or so ago -- too late for my own list -- but also loved it. Adichie's Americanah was on my list last year. I always like the overlap among the posts in this series.