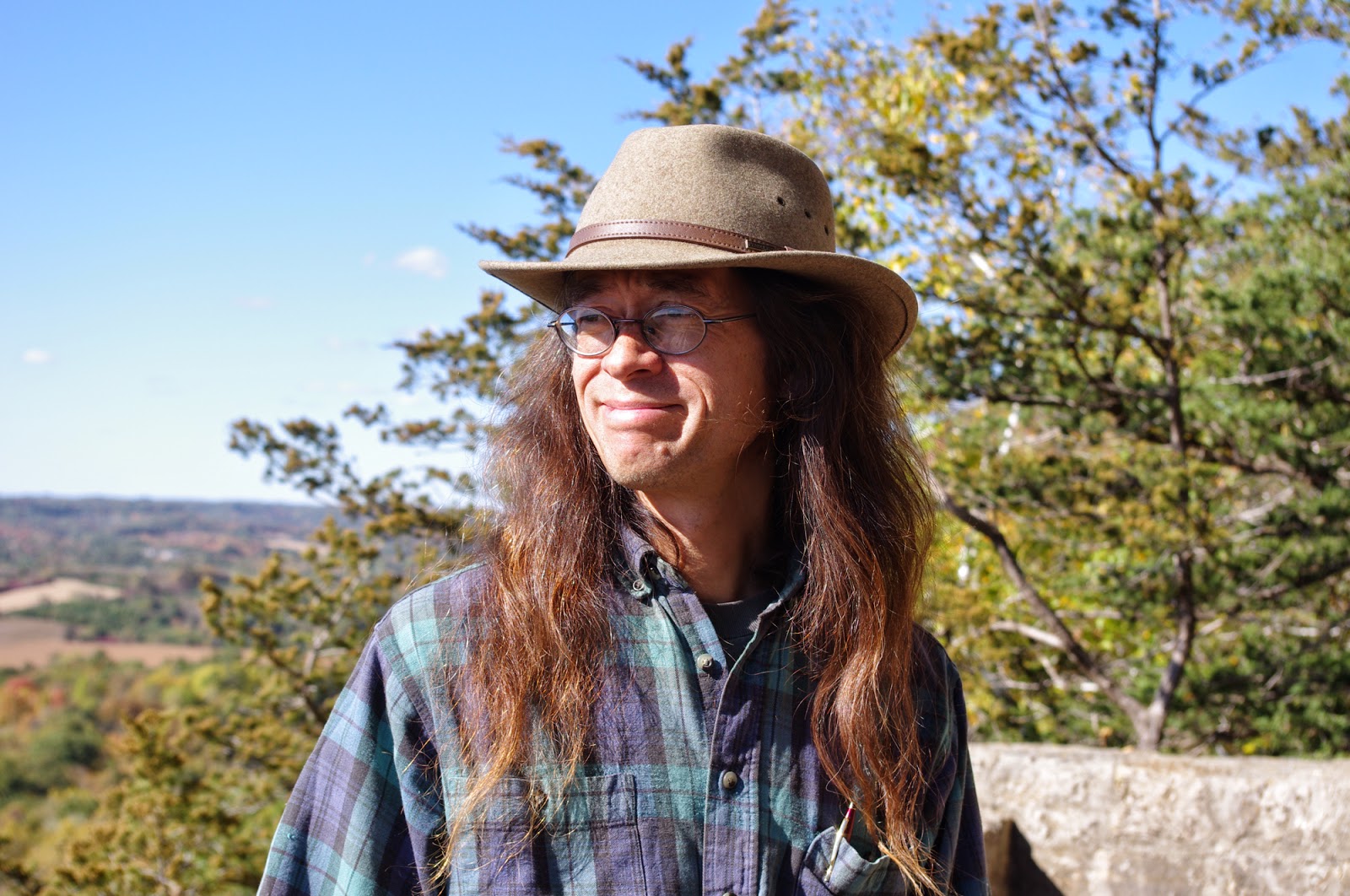 A minor official from the state of Chaos reigned over my life in 2014, to judge from my readings: scattered hither and thither, in thicket and glen; begun and pondered clearly, then left off and forgotten until only visible vaguely, as through a fog; picked up as source for simple pleasures, or for nosebleeds -- as when I have placed said organ into books unusual in their elevation ...

Yet a few organizing principles emerged, over time. For I seemed to gravitate toward biographies -- chancing on them in thrift stores, by and large, in several states besides that of Chaos. One, whose discovery in a central-Wisconsin Goodwill store thrilled me, relates the life of Edna St. Vincent Millay; another, from a central-Oregon thrift shop, that of Yeats. In a used bookstore located across from the area where Martha and I set up our antique wares, summers in Baraboo, I bought a Woolf biography one Sunday, and a Melville, on another. Except for the last I read these with a promptness unusual for me. That last, by Lewis Mumford, I began reading just before a torrent of auctions, flea markets, and general runnings-around, which lasted in strength from late summer to just days ago (as I write), overwhelmed and obliterated my reading pile. At some point in my excavations I will find this Mumford, to begin again -- along with Andrew Wiener's book on Pragmatism and evolutionary thought, which I had read up to its last chapter, and Ytasha Womack's on Afrofuturism, which likewise I had nearly finished.

proved most satisfying, helped by my having felt greatly curious for so long about the person behind the poems. I had had not a clue that this book existed. It answered questions in my mind from reading Edmund Wilson -- such as why she rejected so astute a writer, and holed up in the countryside with a man who cast no literary shadows. The book does offer insights into that. The husband, Eugen Boissevain, now enjoys some existence in my imagination, even if I still cannot write his name without needing to check its spelling.

I like Arthur Ficke's calling her "the oddest mixture of genius and childish vanity." Milford must have liked this, too, in quoting him. I emerged from the biography, however, feeling that I had been exposed to the childish vanity without having been given enough looks at the genius. This may have been inevitable: for many must have witnessed the vanity, while few would have witnessed her in the throes of creation. Late in the book, Edna, or Vincent, as she was called by many friends, does appear in a passage or two actually toiling over her lines. Anyone who has read the poetry, who has any acquaintance with the act of composition, and who has any notion how exceedingly difficult lyrical clarity can be, must know that these labors formed an important, if not all-important, part of her existence. Yet they receive mention as a seeming afterthought, when the phenomenon that she was had neared its end. Nancy Milford previously wrote Zelda, which I have not read. The thought mischievously arises: did she learn from that biographical effort to focus primarily on the public, the social, the interpersonal, to produce the coffee-table bestseller? I see just now, on the present book's cover, a quotation from Newsweek: "An incendiary cocktail of literary ambition, fame, sexual adventure and addiction." Well, yes. That mix would suit Newsweek happy hours. I believe that the cocktail called Vincent, however, had its strongest alcohol in something we might better call literary ability than ambition: for she achieved the public prominence that she did because her early works astonished readers. That late-in-book mention of her struggling with dedication over her individual lines, and working out, through endless repetition, the difficulties encountered in her chosen poetic structures, I recall striking me as a refreshing element, after so many details concerning her outward personal and professional lives. It came across as a true image -- like a three-dimensional view of Vincent unexpectedly seen when a stereoscope is thrust into one's hands -- an image that briefly allows the artist to arise away from her chronology, and that makes one think: yes, it must have been so.

I overemphasize the book's weakness in this area, simply by mentioning it, since the book rates the highest marks. I should note that Milford wrote what would have been impossible before her: for she obtained the long-withheld help of a recalcitrant and resistant sister, who had been protecting Vincent's legacy and papers. I recall how transforming it was for me when I received a call from Cyril Kornbluth's son John, at a point when I had assembled a life-story but had no particular reason to believe in its full integrity: so I appreciate, in a way which may be different from other readers' feelings, the fact that Milford's book carries an authority beyond the ordinary. So allow me to let my quibble stand while contrarily stating that I have no real quibbles with this book.

That I will need to re-read this biography fails to distinguish it from those of Yeats and Woolf, two other creatures of the Modern who keep drawing me and whose works, and lives, I have taken in, but only in fragmentary ways. These slender but substantial works, W.B. Yeats (2006) by Augustine Martin and Virginia Woolf (2001) by Mary Ann Caws, each helped me put a little more flesh to my skeletal knowledge. Michel Butor's Extraordinary Journeys (1969), about Baudelaire, helped in a similar way, although Butor's oblique approach and my French, entirely inadequate to deal with quotations from poetry in that language, made my gains less than I might have wished.


Another biography left me less satisfied: Jonathan Eller's new book, Ray Bradbury Unbound (2014), a second volume of a biographical pair, the first of which I have yet to set eyes upon. I read this with interest -- and with a growing sense that the latter-years Bradbury cared mainly about stage works and film adaptations of his stories, while his new stories and novels occupied him relatively little. Since I previously nursed no great interest in his film or theatrical work, I entered the biography with curiosity about the writer, and emerged with that curiosity mostly intact. Clearly I need to read the first volume.

I appreciate the book for its effort to assemble a well-documented narrative encompassing the later years of the man. All the same, the short shrift given the later writings and the upsurging academic solecisms, here and there, give the book an other-than-hoped-for flavor. It remains impressive, scholarly, reputable. Ah, well! It may well be that Bradbury's aesthetic and creative senses, finding it heavy going against the demands of Hollywood, keeled over, thusly making Eller's depiction utterly apt. I did emerge from the book understanding more clearly the heavy tax imposed upon the creative soul by movie work. Yet to my mind Bradbury's later writings deserve deeper examination than do his attempts to court directors and studios. In his late years, simply from long-distance observations, I did gain the sense that a creative personality continued to exist. From this book's late pages, especially in its hurried ending, I received no similar sense. All this makes the book's title an odd choice, since the man as depicted seems all too bound.

Unexpected pleasure came from a book that called to me at a thrift store far to the south in Wisconsin, where we were staying for a night before setting up at a breweriana show. I never knew myself to be curious about George F. Kennan; but when I saw Sketches from a Life (1989), the thought of my leaving the store without it suddenly seemed ridiculous. This book contains little direct remembrance relating to his doings as a diplomat, which fill other books that I may now need to read. Instead it contains journal selections from in-between those diplomatic occurrences. I found these pieces thoughtful, affecting, and at times beautiful. While they fill an ample volume, they made me yearn for more. 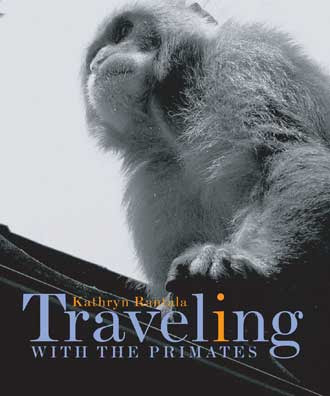 Among other readings ... I took pleasure in a half-dozen Ravenna Press books, including Kathryn Rantala's Traveling with the Primates (2008) and John Burgess's Graffito (2011). Since I mentioned an editor's name here last December, I feel I should again: Marjorie Barrows, whose One Hundred Best Poems for Boys and Girls (1930) did satisfy the part of me that wanted to read it. Similarly I followed strands of interest from last year in reading What Is Philosophy? (1960) and Man and People (1957) by José Ortega y Gasset, and Jo's Boys (1886) by Louisa May Alcott -- among others from the philosophy-and-children's-novels department. In reading Dickens's Bleak House and William Dean Howells's The Rise of Silas Lapham for the first times, I found myself greatly impressed. . Howells describes Lapham in such realistic terms that I imagine many readers may fail to perceive the man as particularly heroic, when he is, in fact, painfully heroic, even if quietly so. I also worked through some 1950s science fiction collections that I must re-approach this next year, along with Dianne Newell's and Victoria Lamont's frustrating Judith Merril: A Critical Study (2012). Why two who profess that they possess no grounding in popular literature except the Western novel should have undertaken such a book I have little notion. As to newer fiction, I have read much too little. I took pleasure, however, in Mary Rickert's The Memory Garden (2014) -- in particular due to the way her characters seem to draw themselves, rather than seeming drawn by the author.

Currently? Essays by Macaulay and Carlyle on Samuel Johnson ... and Karen Joy Fowler's latest -- unspoiled, it seems so far, from having lain buried in laurels.

Mark Rich is the author of a major biographical and critical study, C.M. Kornbluth: The Life and Works of a Science Fiction Visionary, published by McFarland. He has had two collections of short fiction published — Edge of Our Lives (RedJack) and Across the Sky (Fairwood) — as well as chapbooks from presses including Gothic and Small Beer. With partner-in-life Martha and Scottie-in-life Sam, he lives in the Coulee region of Wisconsin where an early-1900s house, a collection of dilapidated antique furniture, and a large garden preoccupy him with their needs. He frequently contributes essays to The New York Review of Science Fiction and The Cascadia Subduction Zone.
Posted by Timmi Duchamp at 1:35 PM

Timmi et al -- it seems to me that the text in the last couple of entries has been garbled. Are others experiencing this? Sentences cut off, to reappear several lines later?

Sarah, I had some difficulty with this post-- had to cut & replace some text because of garbling, but the published post looks all right to me. Maybe I missed something? Could you give me a specific instance, please?

Okay, I think I've fixed these problems. (Mark Rich was able to point me to the messed-up places in both posts.) I think the garbling came from my clumsy attempts to get the images placed where I wanted them (& the software not responding well).