The Pleasures of Reading, Viewing, and Listening in 2009, Pt. 9: Nancy Jane Moore 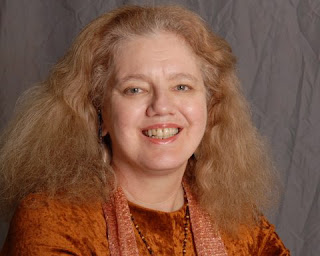 Read and Appreciated in 2009
by Nancy Jane Moore


I helped my father move this year. He’s not very sentimental about possessions, so he was getting rid of books he no longer wanted, including a number that belonged to my mother.

Alas, despite the fact that I already own way too many books -- more than I have bookcase space for -- I am sentimental about possessions and I just couldn’t face selling my mother’s favorite books to Half Price Books for a pittance. So I brought a pile of them home, mostly mysteries, though I also ended up with her Portuguese textbook from college just because I remembered how exotic I thought it was when I was a small child and found it on a bookshelf.

Which is how I ended up reading several of Agatha Christie’s Miss Marple mysteries this year. I tend to use mysteries for my comfort reading (probably because my mother introduced me to them), and the books were just lying there in a handy pile, waiting for me to find some place to put them.

I enjoyed the hell out of them for reasons that have more to do with the character of Jane Marple than with plot and story. I realized at some point that she was of that generation of European women who were spinsters more because of the incredible losses of World War I than from choice. She was a bright elderly spinster in a society that completely dismissed her, and yet she used that disrespect to her advantage in solving murders.

Agatha Christie was not a great writer by anyone’s definition; she pales by comparison to her formidable contemporary Dorothy Sayers (whose works I also re-read this year) and her plots are often ludicrous. But I appreciate what she did with Miss Marple: Nemesis in fluffy pink wool.

I must confess that many of the books I read and truly appreciated this year were, like the Miss Marples, not particularly new. In fact, one of my discoveries was a 19th- Century book I hadn’t read since high school, when I hadn’t liked it much: The Scarlet Letter, by Nathanial Hawthorne. I only read it because I was teaching a class through Antioch’s distance learning MFA program and my student, who was looking at the subjugation of women in literature, wanted to read it. All I remembered of it from high school was how much I despised Hester’s lover, the hypocrite preacher.

I was shocked to discover that The Scarlet Letter is funny. A big chunk of it is out-and-out satire; Hawthorne had no more use for the Puritans than we do. He does have a romantic streak -- I still don’t know what Hester sees in that wimp Dimmesdale, though Hawthorne shows her still in love with him -- but I pretty much giggled all the way through the book. You have to read it slowly to get the jokes.
It made me completely rethink my whole attitude about 19th-Century literature, which I have mostly avoided. I’m now working my way through Moby Dick, which is also funny as hell, and Anna Karenina, which isn’t funny, but is beautifully written (at least in the translation by Richard Pevear and Larissa Volokhonsky that I’m reading).

One other book on the Antioch class list blew me away: Toni Morrison’s Beloved. If she had written nothing else, she would have deserved the Nobel for that book alone. What a devastating critique of the “good” slave owner; what a masterful demonstration of how truly crippling slavery is. And, of course, it incorporates a significant fantastic element, using fantasy to tell truths too terrible for realism. Everyone needs to read this book; though the story is painful, the writing is exquisite.
Moving toward more recently published books: I finally got around to Ursula K. LeGuin’s The Telling this year. I’d somehow overlooked it when it came out in 2000, but I think it might have knocked The Dispossessed off the top of my “favorite Ursula books” list. With its complex look at spirituality as both an important part of life and something that can and will be corrupted, it speaks volumes about the world in which we now find ourselves.

The next book on my list was actually published in 2009: Margaret Atwood’s The Year of the Flood, an accomplished work of science fiction. For someone who apparently still claims she doesn’t write SF, Atwood shows a masterful command of the genre -- just enough made-up words and odd settings to keep us reading, but not so many that we want to throw the book at the wall in frustration, and near-future science that makes sense in light of the technology we know right now. I cared passionately about many of her characters and was disturbed by where her story ended up.

I’ll end my fiction list with a book that hasn’t actually been published yet: N.K.

Jemisin’s The Hundred Thousand Kingdoms, a highly original fantasy novel (the first of a trilogy) coming in February from Orbit. I snagged an ARC of it at World Fantasy and started it on the way home. There’s a creation myth at the heart of this story, but not any I ever heard before. In fact, possibly the best word to describe this book is unpredictable -- and that alone is a great recommendation for a novel in a genre that all too often ends up repeating itself ad infinitum.


On the nonfiction front, I got another education in the 19th Century by reading Susan Jacoby’s Freethinkers. Secularism was alive and well in the 1800s, and contributed to the intellectual and social debate of the time, along with feminism and the abolitionist movement. In fact, it may have been more respectable to be an atheist in the 19th Century than it is today.

I’ve become a fan of Laura Miller’s reviews on Salon.com -- she is never superficial nor gratuitously nasty -- and I had an equally positive reaction to her book on C.S. Lewis’s work, The Magician’s Tale: A Skeptic’s Adventures in Narnia. Like Miller, I loved the Narnia books on first reading (and I wasn’t even a child), but was later put off by the heavy religious symbolism, not to mention the sexism. Somehow Miller’s detailed analysis of Lewis and the books freed me up to just love the story again. I mean, who hasn’t want to climb through a secret passage into another world? Stories don’t get any better than that, even when authors try to layer them with too much meaning.

The last of my nonfiction books is Stewart Brand’s Whole Earth Discipline, his

analysis of what we face with climate change and what we should do about it. Despite the fact that Brand is as worried as any other intelligent person about the very real, very urgent problems that are not being solved -- or even thoroughly addressed -- in Copenhagen as I write, I find the book hopeful. Perhaps that is because of something he writes in the chapter called “Romantics, Scientists, Engineers”: “What is behind the ever-popular narrative of decline? Decade after decade, leading intellectuals in Europe and America explain that the world is going to hell, progress is a lie, and bad people, bad ideas, and bad institutions are to blame for the irreversible degradation of all that is true and good.

“Overwhelming real-world evidence to the contrary matters not at all to the calamitists.”

I find this attitude refreshing. It’s making me rethink my own tendency to write dystopias. They’re easy to do, but I’m beginning to think they’re intellectually dishonest. Truth is quite a bit more complicated. Climate change will remain the elephant in the china shop, and we have many challenges ahead, but we shouldn’t overlook human progress as we try to fix human problems. 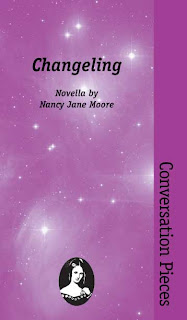 Nancy Jane Moore is part of the writer’s co-op Book View Café,where she recently published her 50th -- and last in a year-long series -- flash fiction. She also has stories in the co-op’s first original e-book anthology from its Book View Press imprint, The Shadow Conspiracy, and its reprint SF anthology, Rocket Boy and the Geek Girls. Her collection Conscientious Inconsistencies is available from PS Publishing and her novella Changeling was published by Aqueduct Press.
Posted by Timmi Duchamp at 5:30 PM

Nancy, I'd recommend Melville's Redburn and The Confidence Man: His Masquerade, both of which I think you'd find LOL amusing.

Thanks, Josh. Perhaps I'll report next year on further excursions into the 19th Century. Hmm. Wonder if I can find a way to incorporate the satirical, secular side of the 19th Century into Steampunk???

I notice I wasn't the only person on here who liked it -- Nisi gave it a rave, too. I figure I'm in good company.