The Pleasures of Reading, Viewing, and Listening in 2009, Pt. 1: Lisa Tuttle 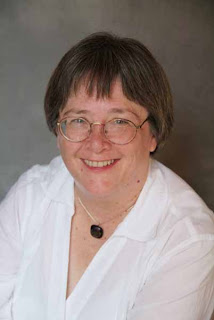 One of the most memorable books of the year for me was Girls Like Us by Sheila Weller, a group biography of Carole King, Joni Mitchell, and Carly Simon. I don’t normally read biographies of pop stars or living cultural icons, but this one looked like it would be somewhat different, and so it proved. As much as anything, it’s a cultural history of the 1960s-1970s, as reflected in the lives and careers of those three singer-songwriters, and although they’re a bit older than me, reading about their experiences

brought back a lot of memories from my teens and early twenties. Unlike a lot of what gets written about that period now, this book really emphasized the importance of the women’s liberation movement – and the sheer excitement and speed of change affecting the lives of girls and women in those days. It also sent me back to listen to their songs again, which was great.


Two modern classics, which I read for the first time in 2009, also made me think about how much (or if at all) women’s lives changed in the 20th Century: Mrs. Bridge by Evan S. Connell and Gentlemen Prefer Blondes by Anita Loos. Connell had the most beautiful, clear, evocative, understated style – why he isn’t better known is a mystery. And apparently Edith Wharton considered Anita Loos’ book to be “the great American novel.” It is certainly still sharp, pertinent and funny, eighty years after it was written.

Yellow Blue Tibia by Adam Roberts back in January, I knew already it was going to be one of my favorite books of the year. I’ve admired other books by Roberts without really loving them; this time, I think he’s brought together all his skills as a writer in a science fiction novel that’s unlike anything anyone else in the field is producing. The narrative voice is a tour de force and sounds (to me, anyway) authentically Russian. The story is wild and crazy, the characters are memorable, and it’s also very funny.

Other books in the genre that particularly moved and impressed me were In Great Waters by Kit Whitfield, set in a wonderfully atmospheric alternative reality in which Great Britain’s

“sea power” is a matter of forming alliances with the people who live in the sea; The City & The City, China Miéville’s unusual, noir SF/fantasy/crime story about politics and

perception; and The Magicians by Lev Grossman, which managed to do, on an adult level, what books by E. Nesbit and C.S. Lewis did for me as a child. And I agree with all those who think that The Graveyard Book by Neil Gaiman was not only the best children’s book published this year, but an instant classic.

In the summer I read Robert Holdstock’s new novel, Avilion, then re-read Mythago Wood on the occasion of

the 25th anniversary of its first publication. No one had any reason to think that Avilion would be Rob’s last book, until his death, after a brief illness, on November 29th, made it so. He was just 61; in the midst of writing a new book, and bursting with ideas and enthusiasm for more. Avilion was billed as the first direct sequel to Mythago Wood, which is true in a sense, but it’s very different from the older book. The first book in the “Ryhope Wood” sequence is quite old-fashioned, in structure and in atmosphere. Even when it was written it was old-fashioned—deliberately so, being set in the late 1940s, with the author looking back to an earlier style of “science fantasy” in this fantastic exploration of ancient myth and the power of story. Avilion reveals the development of his style as a writer, changes in his authorial voice, as it became more poetic, more humorous, and more personal; it’s also a more modern approach to fantasy in that it takes in more viewpoints, brings together more story-strands, and is more open-ended, part of a tale that goes ever on. I loved Mythago Wood when I first read it, and I think it’s had a much greater impact on modern fantasy than is generally recognized. Lavondyss – possibly the darkest and strangest of them all – remains my favorite, but the whole sequence is important and should be read by everyone. Given more time, Robert Holdstock would have written more, but at least we have all the wonderful books he did write. I love his writing, but loved the man even more, and it’s the loss of Rob, my friend for thirty years, that fills me with

Lisa Tuttle is the author of more than a dozen novels, including The Mysteries and The Silver Bough. Though born and raised in Texas, she has lived in Scotland for almost twenty years. In 2008 Aqueduct Press published her novella, My Death, as Volume 21 in the Conversation Pieces series.

Posted by Timmi Duchamp at 3:06 PM

Absolutely agreed on In Great Waters -- it's a book that deserves attention.