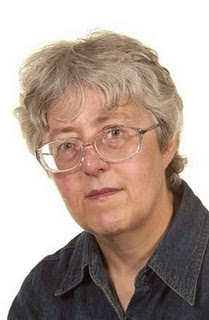 My top book of the year has to be A. S. Byatt’s magnificent The Children’s Book, which does so many fascinating things, and is just so plain compelling a read (why was it not on more people’s Best of the Year lists? I’m baffled). I’m going to be extremely picky about someone writing about people in vaguely progressive, life-style experimental, circles in Britain at the end of the Victorian era and up to the aftermath of the Great War, but Byatt got this dead right. The world-building is superb. She also (for me) got right the thing of writing something that’s clearly inspired by actual historical figures, but genuinely transmuting them through

imagination into separate characters and situations, rather than just doing search/replace on names. The Wellwood ménage clearly owes its origins to the marital complexities of Edith Nesbit, but Olive Wellwood is not a lightly fictionalised Nesbit. The novel also does very well the playing out of themes in different variations among the characters and contexts.

There’s a lot in there, about art of different kinds, the life of art and artists, stories and fantasy, families, social change. While there’s a good deal about traditional stories and motifs, we see in the specific stories of the various characters the new narratives that are being made with their lives – the women in particular, with Dorothy striving to become a doctor and the not entirely chosen but beginning to be possible ‘free motherhood’ of several of the other characters, but also chances to escape the paths set by class backgrounds. Byatt - quite bravely, I think – while including the militant suffrage movement and the Great War, doesn’t give either of them disproportionate amounts of space within the narrative.

A number of historically real individuals feature throughout the novel, one of them Edward Carpenter, the socialist, early ‘green’ simple-life advocate, anti-imperialist, suffrage supporter and homosexual rights campaigner. Another of my top reads this year was Sheila Rowbotham’s long-awaited biography of Carpenter, which was well worth waiting for. He was perhaps a very British figure of a reformer, and I’m not sure whether he had much following in North America (though he himself was profoundly influenced by Walt Whitman). After being somewhat forgotten and neglected following his death in 1929 he was rediscovered during the 1970s, but this is the first full (very full) biography. The best biography I read in 2009.

contributor, Olga Gershenson and Barbara Penner (eds) Ladies and Gents: Public Toilets and Gender (2009), though a bit of the mixed bag interdisciplinary edited volumes tend to be, is nonetheless an extremely good introduction to this neglected but vitally important area of study and I recommend it.


Exhibitions: I was thrilled to bits that there was a (relatively small, and only on for a brief time) exhibition of Louise Nevelson’s work at a rather obscure (and frankly, not easy to find) space in West London this summer. I have been mad about Nevelson’s work since the epiphany of first gazing upon her Waterfall in the National Museum of Women in the Arts in Washington DC in the mid-nineties (I think it might have been on loan rather than part of the permanent collection). This was not anything like as extensive as the major exhibition I managed to see at the De Young in San Francisco during a brief visit there in 2007, but there were some large pieces that I had not seen before. Nevelson, of course, is a lovely example of the artist as forager and repurposer, picking up junk and cast-offs and turning them into breathtaking constructs.

The installations of the Walking in My Mind exhibit at the Hayward Gallery on the South Bank were a mixed bunch, but I was very taken with Yayoi Kusama’s space full of inflatables.

Given my interest in the Bluestocking circle, I am very much looking forward to the arrival in London of the exhibition currently at the Yale Centre of British Art, Mrs. Delany and her Circle, while feeling very thwarted that it seems highly unlikely that I shall manage to get to Manchester to see the highly-praised Angels of Anarchy: Women Artists and Surrealism, but may give myself the book as a New Year present. 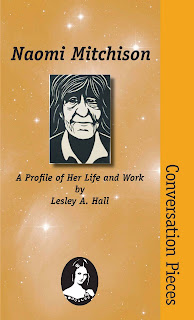 Lesley A. Hall is an archivist and historian resident in London (UK), who has been a feminist since before she discovered the word. She has published several books and numerous articles, chapters, and reviews on gender and sexuality in the UK during the nineteenth and twentieth centuries. Her biography of British feminist socialist sex radical, Stella Browne, should appear in 2010. An annual attendee at WisCon since 2005, she also reads and writes speculative fiction. Her reviews have appeared in Strange Horizons and Vector and her biographical and critical study of Naomi Mitchison was published by Aqueduct in 2007. Her essay, “Beyond Madame Curie? The Invisibility of Women’s Narratives in Science” will be published in Narrative Power: Encounters, Celebrations, Struggles, forthcoming from Aqueduct Press in March 2010.
Posted by Timmi Duchamp at 11:50 AM