The Pleasures of Reading, Viewing, and Listening in 2009, Pt. 2: Jeffrey Ford

Reading, Viewing and Listening in 2009

For the past couple of years, my friend L. has asked me to participate in the Aqueduct Best Reads (etc.) of the Year feature. Aqueduct is such a wonderful and essential press, it's always a pleasure to participate. Unfortunately, this year, I can't take as much time as I usually like explaining my choices, so I'm falling back on the lame-ass simplicity of listing. My apologies. The works listed are ones that I either discovered this year or rediscovered and spent some more time with. Very few of them are from 2009. Hope you find something here that interests you.

The Jade Cabinet by Rikki Ducornet

Blood Sport: A Journey Up the Hassayampa by Robert F. Jones

The Devil's Elixer by E. T. A. Hoffmann

Death With Interruptions by Jose Saramago

The Man Who Watched Trains Go By by Georges Simenon

The Tale of Four Dervishes by Mir Amman

The Summer Book by Tove Jansson

Alladin's Lamp: How Greek Science Came to Europe Through the Islamic World by John Freely

The Infinity of Lists: An Illustrated Essay by Umberto Eco and Alastair McEwen 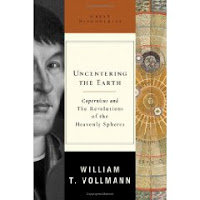 On Monsters: An Unnatural History of Our Worst Fears by Stephen T. Asma

Rag and Bone: A Journey Among the World's Holy Dead by Peter Manseau

The Book of Contemplation: Islam and the Crusades by Usama ibn Munqidh

Uncentering the Earth: Copernicus and the Revolutions of the Heavenly Spheres by William T. Vollmann

The Hills of Home: 25 Years of Folk Music by Rounder Records

Let the Right One In directed by Thomas Alfredson

The Rise and Fall of Legs Diamond directed by Budd Boetticher

A Journey Round My Skull 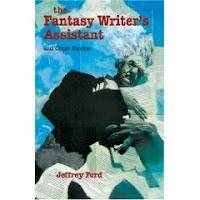 Jeffrey Ford, who has the won the Nebula Award, the World Fantasy Award (four times), and a couple of other awards as well, is the author of The Well Built City trilogy and four other novels, as well as three collections of short fiction. He lives in New Jersey.

Posted by Timmi Duchamp at 9:30 AM