The Pleasures of Reading, Viewing, and Listening in 2009, Pt.4: Therese Littleton 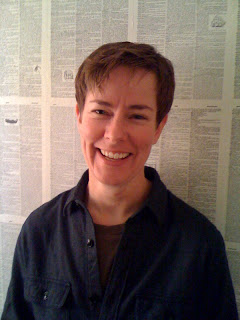 Best Books and Music Consumed in 2009
by Therese Littleton

For the first time since I was a kid, I kept a list of everything I read in 2009. My motivations were twofold: first, I harbored a secret hope that I’d be asked to participate in Aqueduct’s end-of-year roundup, and second, I wanted to examine my book buying vs. book reading habits to force a little thinking about clutter and accumulation. (Turns out books aren’t the problem, yay!)

Having kept an exhaustive list, I had the pleasure of mentally revisiting all my reading and picking out the best of the best. Here they are:

Anathem (Neal Stephenson) and The City and the City (China Mièville) were like two amazing bookends on my fiction year. Both blew my mind with good ideas, both crackled with narrative energy, and both had characters I adored.

I will go out on a limb and declare that Anathem is Dune for the 21st century. Just as Herbert blended mysticism, ecology, and empire to predict and dissect the zeitgeist of the time, Stephenson has grasped the essential elements of right now—technology, community, and doctrine—and pushed them forward to examine unexpected outcomes for humanity. Anathem is pure, awesome science fiction. Its setting is like Earth, but isn’t Earth, having one key difference: the dominant “religion” is science. Watching the action through that lens for the duration of this thick (some might say too thick) novel was an unexpected pleasure for me, giving me the exact delight and wonder that I used to feel when I first discovered science fiction.

The City and the City is a brilliant thought-novel, too, and one that allows Mièville to scoot away from what his fans expect (freaky monsters!) yet keep the core weirdness at which he excels. The book is about two cities that co-exist in the same space, and what happens when consensus reality is shattered. It’s got a great plot, very human characters, and lyrical description. It was a blast to read, and is tied with my previous favorite of Mièville’s novels, The Scar.

I didn’t read much fantasy in 2009, but my favorite was The Lies of Locke Lamora (Scott Lynch). It was easily as much fun as the best thief-centric D&D game you could ever play. The Venice-like setting and the near-constant suspense were just plain fun.

Biggest guilty pleasure of the year? Orcs (Stan Nicholls). This collection of three bloody novels (the edition I bought even has red page-edges) focuses on a renegade band of orcs trying to keep alive when every other fantasy race is out to get them. Rooting for the traditional bad guys is a hoot, and I loved that the humans in the stories were super creepy. Heaps of violence and even some gratuitous sex rounded out the experience.

In YA fiction, I really liked The Knife of Never Letting Go (Patrick Ness) and The Hunger Games (Suzanne Collins), but I’m not sure I can take many more books that focus on kids in peril. The former is a kind of post-apocalyptic novel about a young boy in survival mode on a planet where all the women are gone. The latter tells a dystopian future story about children forced to fight to the death in an arena (the story reminded me more than a little of the fearsomely brutal Battle Royale, by Koushun Takami, a book I couldn’t finish). Even though both of these popular, award-winning novels grabbed my attention and gave me a satisfying read, I ended up feeling unsettled and plan to take a break from this particular sub-genre for a while.

I had a great, ocean-focused nonfiction year. Perfect example: The Book of Eels (Tom Fort). I’ve been describing this book as “like Mark Kurlansky’s Cod, only much better.” Fort is a lyrical writer whose prose prompted me to get out a pen and underline beautiful sentences. And did I mention the book is about eels?

Also in an aquatic vein, I read a cute coming-of-age memoir, Saltwater Buddha 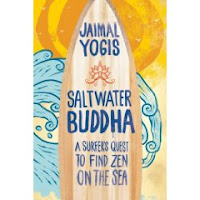 (Jaimal Yogis), written by a young Buddhist surfer who left home in search of waves and zen. Yogis isn’t old enough to say anything truly profound, but his story is still funny and moving. In fifteen years, Yogis might have achieved the calm strength of super-surfer Laird Hamilton, whose combo memoir and self-help book Force of Nature was the most inspiring “inspirational” book I’ve read in a long time. Hamilton is a creature of nearly pure ego, but he loves the feeling of being a beginner, and in his book, he urges readers to get that feeling by trying things they aren’t good at.

Adrift (Steven Callahan) is a classic in the survival-at-sea genre and—lacking cannibalism since Callahan was alone in his ordeal—is refreshingly free of moral quandaries. It’s just him, a leaky raft, and the sea for 76 days. I loved how pared down his life was, how deprivation became daily experience, how he made the decision over and over again to stay alive. Exhausting, but amazing.

Finally, as a tribute to Darwin’s 200th birthday, I decided to read and annotate both 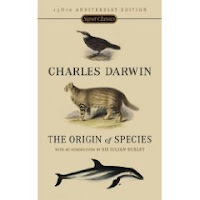 The Voyage of the Beagle and The Origin of Species. My annotations are biology-focused and have been a nice way to refresh that part of my brain. I am nearly finished with the Voyage… the project is taking longer than I thought, but is utterly satisfying, and I aim to finish it. I find Darwin to be among the most readable authors in the scientific canon. Anyone who loves Patrick O’Brian would not be disappointed by the Voyage.

I stayed faithful to my usual comics this year, especially the sublime post-apocalyptic Wasteland (Antony Johnston and Christopher J. Mitten) and the hard-hitting Viking series Northlanders (Brian Wood, et al). But I also tried out some unusual selections and found a few gems. The Complete Aranzi Hour (Aranzi Aronzo) brought out my inner tween, with terminally cute characters (Sprite, Fish, Bad Guy) and plenty of awwwww. I’m also ecstatic that Fantagraphics is releasing all the old Moomin comics (Tove Janssen) in beautiful, large-format hardcover volumes. I bought Volume 1 this year and can’t wait for more. I remember reading and re-reading these surrealistic tales of a friendly… troll?... hippo?... whatever… in the public library as a kid.

series, about an ordinary schmoe who gets superpowers and is elected mayor of New York. The way Vaughan deals with LGBT issues is new territory in mainstream comics, to say the least, and one of the storylines—in which the mayor defiantly marries a gay couple—garnered Vaughan a GLAAD award.

Lewis Trondheim is one of my all-time favorite comic creators, and I read Little Nothings: The Prisoner Syndrome from him this year. On the surface it’s just a series of autobiographical anecdotes with everyone drawn as bipedal animals, but the illustration style and laconic dialogue add up to a funny, very personal portrait.

And last but definitely not least, American Born Chinese (Gene Yuen Lang) was a powerful and funny glimpse into the emotional and social difficulties faced by a Chinese-American teen struggling with identity. Lang uses three perspectives—a Chinese myth, an American sitcom, and the boy’s own life—to illuminate the layers of emotional and intellectual struggle in the story. It’s excellent.

I only have one recommendation in music this year, because I listened to it obsessively: The Daniel Pemberton TV Orchestra’s Little Big Music. It’s a collection of tunes used in the video game Little Big Planet, and it hit the perfect chord with me for music I can listen to anytime and get happy, inspired, and mellow all at the same time. 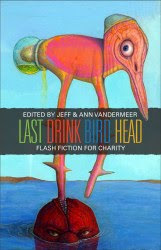 Therese is the Content Manager for the visitor center at the Bill & Melinda Gates Foundation. Her most recent publication was a story in the charity anthology Last Drink Bird Head. She is the co-publisher of the small press, Payseur and Schmidt.
Posted by Timmi Duchamp at 11:26 AM