The Pleasures of Reading, Viewing, and Listening in 2019, pt. 18: Cynthia Ward

2019 in Review:  Women Highwaymen and Others
by Cynthia Ward 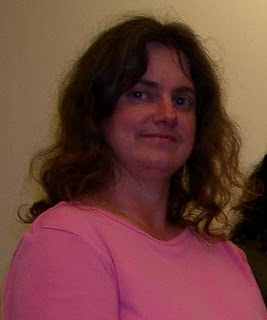 It's been a year too draining to do more than read a few pages, here and there.  Still, I did finish a few things.

"Stand and Deliver!" (Books and Magazines)

Bingo Love by Tee Franklin (writer) and Jenn St-Onge (artist) - While it opens in the future, this beautiful graphic novel is a non-speculative romance which follows two women across the decades of their lives since they met in '63.

Beyond Binary: Genderqueer and Sexually Fluid Speculative Fiction edited by Brit Mandelo - A strong literary anthology whose contents I found rather at odds with my expectations, given its title and subtitle (there are indeed stories with trans or genderqueer characters, but also stories centered on cis bisexuals, and stories I can only call mainstream).

Space Pioneers edited by Hank Davis and Christopher Ruocchio - An anthology of classic mid-20th-Century hard science fiction  and emulations thereof, punctuated by ham-fisted editorial attacks on "feminist" and "liberal" straw men--it's unfortunate the editors, who want to keep the SF they love alive for the future, have little idea how to present it to the present.

StoryHack Action & Adventure #1 - A promising first issue for this new pulp magazine; my favorite story is Jay Barnson's "Retrieving Abe," which features a frontier Mormon co-wife who depends as much on wits as weaponry in her dragon-hunting.

A Woman of the Road (The Honest Thieves Trilogy Book 1) by Amy Wolf - The fun, fast-paced adventures of Megs, the taverner's daughter who dresses as a man and takes up highway robbery to avoid an unwanted marriage.

The Masqueraders by Georgette Heyer - I followed Wolf's novel with a re-read of Heyer's delightful historical romance about a cross-dressing brother and sister on the lam, which might also be considered a woman highwayman novel.

Alice Payne Arrives by Kate Heartfield - Next, I randomly opened this eBook to kick off my 2019 Nebula Awards reading, only to discover it's the story of another woman highwayman (and her woman scientist lover/accomplice)--and a very good and rather steampunky novella it is, too (though it ends on a cliff-hanger, which I hope is resolved by the sequel, Alice Payne Rides).

The Mazarinette and the Musketeer by Heather Rose Jones - What with all the gender-bending and highway robbery, I knew it was time to re-read this enjoyable alternate-history caper novella about cross-dressing women and a trans Musketeer (and you can enjoy it, too, with a free download).

Point of Honour (Sarah Tolerance Book 1) by Madeleine E. Robins - Down these mean Regency streets a woman must go who is not herself mean, who is neither tarnished nor afraid, but a smart, square-dealing "agent of inquiry" with a penchant for swashbuckling and cross-dressing; I shall be reading the sequels post-haste.

The Prisoner of Zenda by Anthony Hope - All these buckled swashes inspired me to re-read this classic novel, which gave the Ruritarian adventure genre its name (and which is less sexist than you might expect of a book first published in 1894, although that's not to say it can't piss you off).

The Affair of the Mysterious Letter by Alexis Hall - This Weird and witty new novel (2019) transmogrifies Sherlock Holmes into a homicidal cis lesbian sorceress and Dr. John H. Watson into an honor-bound gay trans man, in a world where Lovecraftian fish-people coexist with the King in Yellow--I'm typically not keen on the Sherlock's-a-sociopath cliché, yet this is as delightful a read as I've encountered in years.

Proper English by KJ Charles - A racially and sexually diverse Edwardian F/F romance that avoids the usual long, maddening wait for the lovers to realize they belong together--and it has a drawing-room mystery that might have won a nod from Dame Agatha Christie (the diverse M/M semi-sequel, Think of England, is also quite strong).

Trail of Lightning: The Sixth World Book One by Rebecca Roanhorse - If this post-apocalyptic selection seems rather jarring after the above adventures in swordplay and/or robbery and/or sex, rest assured the novel has plenty of action, a girl-meets-boy romance, and a Navajo lead whose monster-hunting activities demonstrate she's equally adept with firearms and blades.

A Little Light Mischief: A Turner Novella by Cat Sebastian - No monster hunters or highwaypersons, but you'll find romance and jewel thieves in this delightful lesbian Regency caper.

Black Dog: Bannon's Gym Book 1 by Cat Grant - No jewels or swords, but this thoughtful contemporary M/M romance mixes martial arts with a theme of family, birth and chosen.

The Lady's Guide to Celestial Mechanics by Olivia Waite - A sharp lesbian historical romance in which one of the leads is a scientist, giving the novel a pleasant spec-fic feel.

My Fake Rake by Eva Leigh (who also writes as Zoe Archer) - A fun Regency novel about a pair of geeky scientists (M/F) who mime a romance, which of course doesn't work out as planned.

The Cater Street Hangman - The first book of Anne Perry's Charlotte and Thomas Pitt Victorian mystery series is quite good, but I expect a lot of queer readers will be less than pleased with its lone queer character (and won't find out why until late in the proceedings).

Her Royal Spyness by Rhys Bowen - As the thirty-fourth in line for the English throne, the youthful Lady Victoria Georgiana Charlotte Eugenie has no money, romantic prospects, or practical skills with which to face Depression London; but she'd better develop the last fast, because Her Royal Highness has dispatched her on an espionage mission.

A Natural History of Dragons: A Memoir by Lady Trent: A Novel by Marie Brennan - I devoured this delightful first volume of "memoirs" from a woman naturalist in a quasi-Victorian alternate history in which dragons are real and Judaism the dominant faith (although the romance in the novel won't please fans of HEAs).

The War of the Worlds by H.G. Wells - This classic from 1898 is not the first alien-invasion novel, or the first science-fiction horror novel, but it holds up to decades of re-reads very well.

The Green and Growing (Conversation Pieces Book #65) by Erin K. Wagner - Sharing a theme with the Wells novel, Wagner's SF novella insightfully examines how the conquered might subvert the conqueror.

Amberlough and Armistice (Books One & Two of the Amberlough Dossier) by Lara Elena Donnelly - The first two books in a new trilogy beautifully bend gender and genre expectations as they follow a pair of star-crossed lovers, the spy Cyril DePaul and the actor Aristide Makricosta, from a Cabaret-esque fascist takeover to a studio city reminiscent of 1930s Bollywood.

Shadow Man by Melissa Scott - Scott's classic novel of a future which recognizes five genders and nine sexual orientations is thought-provoking and absorbing, but ultimately something of a mixed bag; however, the narrative avoids easy answers, and it went places in 1995 that few fictions visit even today, making it well worth a read or several.

Sisters of the Wild Sage: A Weird Western Collection by Nicole Givens Kurtz - In this excellent first collection from one of my favorite Weird Western writers, the speculative fiction adventures are dark and diverse, upending expectations at every turn.

Wuthering Heights by Emile Brontë - The psychologically astute story of the iconic lovers who blight every life they touch.

The Haunting of Hill House by Shirley Jackson - This subtle, disturbing, and possibly queer classic (about a psychological experiment inside a possibly haunted New England house) delineates mental breakdown as well as anything outside of The Bell Jar.

Among the Red Stars by Gwen C. Katz - This young-adult historical novel about the Nachthexen or Night Witches (the female Russian pilots feared by the Nazis) eludes clichés and expectations as it focuses on determined country-girl trainee Valka.

So Lucky by Nicola Griffith - If you're tired of uplifting fiction about poor little helpless crippled victims, designed by able-bodied authors to reassure able-bodied readers, I have just the read for you:  this dark, incisive, genre-bending, award-winning page-turner of a novella.

Fer-de-Lance by Rex Stout - Re-reading the first Nero Wolfe novel reminds me that I find its lethargic, misogynistic crime-solver unbelievable; perhaps later in the series he evolves into more than a ragbag of irritating quirks and tics.

Artificial Condition: The Murderbot Diaries by Martha Wells - The sequel to All Systems Red is almost as good as its predecessor, which is merely one of the best novellas I've ever read.

Cynthia Ward has published stories in Analog, Asimov's, Nightmare, Weird Tales, and other magazines and anthologies. For WolfSinger Publications, she edited the diversity-themed anthologies Lost Trails: Forgotten Tales of the Weird West Volumes 1-2. With fellow Aqueductista Nisi Shawl, Cynthia coauthored Writing the Other: A Practical Approach. In March 2020. Aqueduct Press will release The Adventure of the Naked Guide, the third novella in her Bloody-Thirsty Agent series (sequel to The Adventure of the Incognita Countess and The Adventure of the Dux Bellorum).