The Pleasures of Reading, Viewing, and Listening in 2019, pt. 16: Suzy McKee Charnas 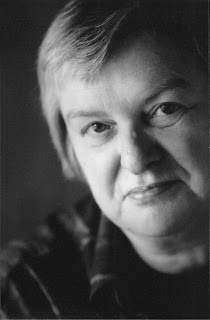 Lately I’ve been getting my best story-kicks from the screen more often than from the page, much as I hate to admit it. But this year was remarkably rich. I came late to Fleabag, and at first found its protagonist (the flea, or the bag?) just too nasty. That passed, however, and the brilliance of the whole thing was nailed down by an excellent final episode.


Then there was Russian Doll, a show built around a wholly different style of obstreperous woman, stuck in her own private “Groundhog Day” scenario until she figures a few things out.


Lastly, Undone. This is an animated series, gorgeously rotoscoped and colored. The protagonist is a young woman looking for answers about her father’s death (with some help from the ghost of same),  who finds her self reconnecting with her maternal Latino heritage.


For words, a book read in 2019: Michael Ondaatje’s Warlight, a beautiful novel about postwar Britain that, oddly, reminded me of Jeff Vandemeer’s Borne and also Lewis Carroll’s “’T’was brillig and the slithy toves“ — a shifting setting full of uncertainty and mystery that make elusive sense, if you look at it all sideways-ish.

Suzy McKee Charnas is the author of the four-novel Holdfast Chronicles, The Vampire Tapestry, and Stagestruck Vampires and Other Phantasms and has been honored with the Hugo, Nebula, and James Tiptree Jr. Awards. Aqueduct Press reissued her novel Dorothea Dreams as a volume in its Heirloom Book series. She lives in New Mexico.
Posted by Timmi Duchamp at 3:00 PM