The Pleasures of Reading, Viewing, and Listening in 2019, pt. 25: Christopher Brown

Year in Reading — 2019
by  Christopher Brown 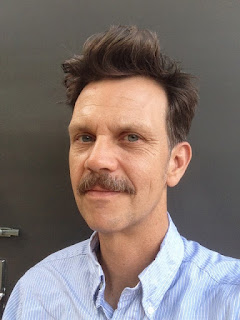 The book that consumed me the most this past year was an old one, and one I had read before, albeit in a different translation. Njal’s Saga is a 13th century epic about a lawyer in 9th century Iceland who specializes in complex settlements of family feuds. That the settlements never stick for long is kind of the main point of the story—someone always breaks the peace, and the cycle of violence renews over generations. I re-read Njal in search of the deep roots of the lawyer story, and it holds up well in that regard, especially since the system of proto-torts that bound that society together was very close to our own Anglo-Saxon roots. More surprising was to see how much the saga works in some of the same ways as a science fiction colonization story—a tale of people settling a hostile landscape in which the only other human inhabitants found upon their arrival were a few Irish hermits sequestered in coastal caves, and a story that shows how the basic systems human societies create to resolve disputes by means other than violence are the essence of government.

In my year-end round-up here for 2016, I talked about another of the Icelandic sagas, Laxdaela Saga, and its storyline about Unn the Deep-Minded, a female Viking and sage who found herself leading her people and managed to briefly establish a kind of intentional community founded on equitable distributions of property, the abolition of forced servitude, and more just governance. The negative space of those stories opens portals into possibility, in the unrecorded histories of those who tried a different path, the kind of utopian path that small groups can manage where large permanent settlements cannot.

The world of Njal, crippled by the unceasing blood feuds of men who divided up the land and reflexively drew their swords to settle the merest slights, was also the world of Unn, who founded a community based on an ethos of sharing. That the world of Unn could only exist as an ephemeral island in a sea of Viking raiders tells a lot about the challenges of constructing utopia, even in terra nullius.

The search for examples of other such islands drove the wide-ranging research reading I undertook this year while working on my new book, Failed State, about a lawyer representing people who have been hauled in front of a post-revolutionary justice tribunal—a utopian legal thriller, to bookend my dystopian legal thriller, Rule of Capture, which came out this past summer. Utopia is nowhere, but it is rewarding to search for.

I learned that Gudrun Ensslin called consumer society “the raspberry Reich,” and that her comrade in arms Andreas Baader insisted on wearing his favorite hip-hugging velvet trousers instead of army fatigues even while training for combat at a PLO camp in the Jordanian desert. The Baader-Meinhof Group by Stefan Aust, a journalist who worked with Ulrike Meinhof in the early days and was exceptionally close to the material, is a remarkable examination of how youthful political activism evolved into armed struggle in West Germany. It was one of many books about revolution and justice I read or re-read, including a number from or about Germany: Peter Weiss’s masterful The Investigation, which repurposed transcripts from the Frankfurt Auschwitz trials as the material for a remarkable stage play; Hannah Arendt’s Eichmann in Jerusalem; Abby Mann’s Judgment at Nuremberg; and Leora Bilsky’s The Holocaust, Corporations and the Law.

I read one new book in Spanish, El Comensal by Gabriela Ybarra (published in English as The Dinner Guest), an intense and compelling short novel about the author’s investigation of her own grandfather’s kidnapping and murder by Basque terrorists in the 1970s. I read Chinua Achebe’s collection Girls at War, the engaging title story of which is a curious example of the way certain writers romanticize the figure of the female revolutionary (this writer included). I re-read Graham Greene’s The Comedians, his novel of the Haitian revolution, and found that the languorous charisma of the author’s late colonial decadence does not age well. I read Sophie Wahnich’s In Defense of the Terror, a fresh critical reconsideration of the French Revolution and its hagiography. And I read Paul Krassner’s Patty Hearst & The Twinkie Murders: A Tale of Two Trials, the satirist’s insightful diary of two very different but both uniquely American prosecutions of political violence in the 1970s.

Gina Apostol’s Insurrecto was one of the best new books of the year for me, an innovative story about two women collaborating on a project: a Philippine translator recently returned to her home country from New York, who gets hired to help a documentary filmmaker research her own father’s filming of a Vietnam War movie there decades earlier (think Apocalypse Now or Platoon). As they seek out the locations from the film, they confront more authentic atrocities, and uncover layers of erasure and colonization in the process.

I also sampled a number of utopian novels, from More’s eponymous classic to SF masters like Ursula K. LeGuin’s The Dispossessed (re-“read” as an engaging audiobook) and The Word for World is Forest, Kim Stanley Robinson’s Pacific Edge, and Aldous Huxley’s Brave New World. I even re-read chunks of James Hilton’s Shangri-La fantasy Lost Horizon, which I had read as a teen. More interestingly, many of the books I picked up this year for other reasons turn out in retrospective consideration to have been works I would categorize as utopian.  Longer by Michael Blumlein is a beautiful science fiction novella about age and longevity, from one of our most unique contemporary sf writers, a physician who at the time he was working on the book was also facing the cancer that sadly took his life this fall. (Blumlein’s Thoreau’s Microscope, like the Krassner part of PM Press’s outstanding Outspoken Authors series edited by Terry Bisson, is another amazing one I had the fortune to read this year, especially memorable for the title essay in which the author considers the wonder of his own cancer cells as viewed through the microscope.) Jessica Reisman’s The Arcana of Maps compiles a beautifully written array of stories about communities of people trying to build better realities free of conflict. Tears of the Trufflepig, the debut novel of Fernando Flores, is a literary dystopia of the Texas-Mexico borderlands that somehow harbors a utopian mirror in the memory of the reader. And Erik Davis’s High Weirdness: Drugs, Esoterica and Visionary Experience in the Seventies interestingly synthesizes the utopian proclivities found in the works of Robert Anton Wilson, Terrence McKenna and Philip K. Dick and their tripped-out searches for paths to higher awareness.

Ecological concerns appear in most of those utopian books, and much of the nonfiction ecology writing I read this year also straddled the utopia/dystopia axis, for obvious reasons. Silvia Federici’s Re-Enchanting the World: Feminism and the Politics of the Commons collects an engaging body of radical essays on capitalism, feminism, and our relationship with the land. Ashley Dawson’s Extreme Cities: The Peril and Promise of Urban Life in the Age of Climate Change argues the utopian potential to reorganize more equitable and just community structures in response to the threat of climate crisis. The Uninhabitable Earth by David Wallace-Wells is more grim, a travelogue of what he presents as the inevitable state of the near-future world absent dramatic action to change our collective behaviors. Seeing Like a State by James Scott weighs against the possibility of utopia, and maybe even of any authentic capacity for pur collective self-improvement, with an incisive critique of the hubris inherent in human efforts to engineer better political economies atop natural systems. Along with Scott’s more recent Against the Grain, a deep history of the Anthropocene which I mentioned here last year, a compelling case is made that the only real solutions to our current ecological problems lie in a radical reworking of some of the fundamental socio-economic structures that were created by (and helped create) the agricultural revolution—a revelation of impossibility that suggests the Cassandras like Wallace-Wells may be more accurate in their dismal prognostications than I am inclined to believe.

As tonic for all this, at the end of the year I discovered a book called Frauen Auf Bäumen (Women in Trees) by Jochen Reiss, a book of found amateur photos of just what the title promises. I am not sure why, but when I picked the book up for my wife and daughter, I thought it was the most utopian thing I could find, encoding some oblique answers as to where a healthier future lies. Maybe even by climbing back into the trees, or at least planting enough of them to start our way back.


Christopher Brown’s novel Tropic of Kansas was a finalist for the 2018 Campbell Award for best science fiction novel of the year. His latest novel, Rule of Capture, was published by Harper Voyager in 2019. He lives in Austin, where he also practices law.