The Pleasures of Reading, Viewing, and Listening in 2019, pt. 13: Nancy Jane Moore

Things That Kept Me Sane in 2019
by Nancy Jane Moore 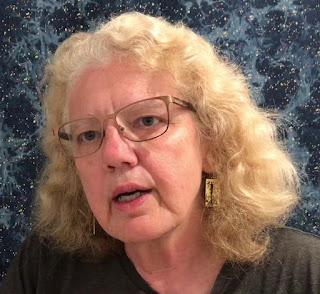 I had been waiting (not patiently) to read Air Logic by Laurie J. Marks since I finished Water Logic in 2007, so I snatched up this fourth and final book of the Elemental Logic series from the Small Beer Press table at WisCon and read it on the train going home. And then immediately re-read it.

It did not disappoint. In a world in which neither the dangers nor the answers have ever been what they were assumed to be, the final book deals with a threat not from the outside but rather built deeply into the culture and the magical elements that underlie it.

There are too many things to say about this series. Every book of it has transformed my idea of what fantasy should be. Fire Logic blew me away with both its non-technological world based in a society without the patriarchy of our own and its complex magic system. Earth Logic dealt with invasion and oppression in a way that gave me hope for the future. Water Logic uncovered a secret that was at the heart of the society of the books and changed everything. And now Air Logic has completed the struggle to not just regain the society the people of Shaftal had before, but to reconstruct it on a more honest basis.

Certainly these are themes for our times, but from a literary point of view, these books are masterpieces on another scale: each one reflects the tone of the element of the title (using Marks’s definitions of those elements). Fire Logic is passionate. Earth Logic is balanced. Water Logic is chaotic. Air Logic is cold and rational. That the tone of each book varies with the element that drives the story is the mark of a master writer.

These books are some of the most important of our time.

At the science fiction end of the spectrum, I read the Wayfarers series by Becky Chambers (The Long Way to a Small Angry Planet, A Closed and Common Orbit, and Record of a Spaceborn Few). These books are proof positive that a story can mix good science and space opera and still include memorable and well-developed characters. 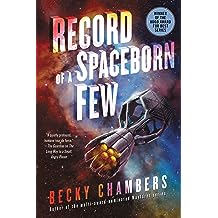 This is a series that could easily have been dystopic, given that it’s about humans having left Earth because they could no longer live on our planet, and yet it is instead the kind of story that gives us some hope that humanity might become civilized at some point. These stories are gentle. Bad things happen, yes, and people struggle, but decency shines through. In our troubled world, gentleness goes a long way.

As I promised last year, I also finished the Murderbot novella series from Martha Wells and am now impatiently awaiting the novel (coming out next May, I believe). Both Wells and Chambers do an excellent job of looking at how artificial intelligence might develop, a refreshing change from the take of the Terminator movies.

I enjoyed two very different comics this past year. LaGuardia, written by Nnedi Okorafor, is a four-issue series that looks at our current political nonsense (and the airport whose name it bears) by telling a story about aliens who have come to Earth in Nigeria and who are also living in New York. The story is funny and poignant as well as sharp and politically acute, and even though Okorafor is a great writer of prose, she made a wise decision to use what the graphic medium can do in telling this tale.

The second is the daily comic strip Breaking Cat News, written and drawn by Georgia Dunn, and available online on GoComics and in many daily newspapers. The cat television program provides all the news that matters to cats, including most recently the heart-rending (but with a happy ending) tale of a cat who is looking for her people, who have disappeared.

The cats may be using microphones and presenting reports on camera, but the facts they are reporting are very much from a feline point of view. Cats, after all, care deeply about getting their paws on some bacon and can be deeply suspicious when a strange cat shows up in the backyard or, even worse, in the house. After reading the human news of the world, I find Breaking Cat News provides enough perspective to keep me sane.

Three very different nonfiction books opened my mind and gave me deeper understanding of what is vital and important to me at this point in both our history and my own life.

The first was How to Do Nothing, by Jenny Odell, a writer and artist who lives not far from me in Oakland (though we have never met). In a world in which trite rants about cell phone use are lauded as enlightenment, a book that gives us a complex understanding of how to engage with the world around us provides the kind of guidance for slowing down that we really need.

After reading this book, I went out for a hike with my partner so that we could see the only old-growth redwood that remains in Oakland, California. It’s a scraggly tree, located on an inaccessible hillside. According to Odell, it survived the redwood carnage at least in part because it wasn’t a straight tree of beauty.

We also spent some time in Oakland’s Morcom Rose Garden, where Odell often goes to enjoy the roses and the animal life: crows, turkeys, the occasional domestic cat. Much of the “nothing” of this book will be familiar to Zen Buddhists, but you do not have to sit zazen to glean its truth.


Ibram X. Kendi’s How to Be an Antiracist uses both his personal experience and his historian’s analysis to give us a clear set of guidelines on what both individuals and society as a whole can do to end the destructive racism in our society. His method of distinguishing between racists, assimilationists, and antiracists provides an effective tool for figuring out the right course of action in a given situation.

Kendi also makes the important point, one made by more than one prominent civil rights activist over the years, that “moral suasion” will not change racists institutions or people. But power will. This book will help build the necessary power.

The last of these books is by far the angriest: The Seven Necessary Sins for Women and Girls by Mona Eltahawy. Those “sins” are: anger, attention, profanity, ambition, power, violence, and lust. Eltahawy’s feminism is international in scope, and this book spares no patriarchy. Her criticisms of her native Egypt, where she had both arms broken when she was arrested at a protest, are fierce, but so are her words about the United States, where she now lives, and western society in general.


Eltahawy starts every talk she gives with “Fuck the patriarchy.” She argues forcefully that women should flip off all the pleas for civility, reminding us in no uncertain terms that it doesn’t serve us. Her section on violence is strong and guaranteed to provoke controversy. As a self-defense instructor, I agree with her that it is vital for women to recognize that they are powerful enough to fight back against violence.

Reading The Seven Necessary Sins has left me in an uncompromising mood on issues of misogyny and patriarchy. Perhaps that sums up 2019 as well.

Nancy Jane Moore is the author of the science fiction novel The Weave and a number of shorter works. A fourth degree black belt in Aikido, she teaches and writes about empowerment self defense. A native Texan who spent many years in Washington, D.C., she now lives in Oakland, California, which has taught her that the planet we live on is far from stable.
Posted by Timmi Duchamp at 6:00 AM