The Pleasures of Reading, Viewing, and Listening in 2019, pt.9: Gwynne Garfinkle

The Pleasures of 2019
by Gwynne Garfinkle 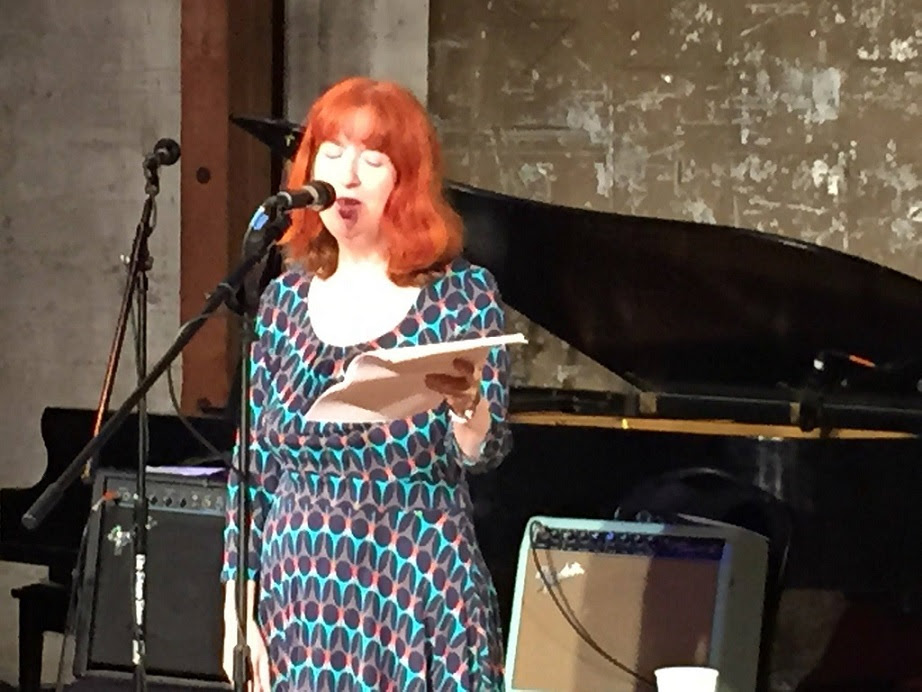 Two of my favorite books this year were memoirs: In the Dream House by Carmen Maria Machado and Year of the Monkey by Patti Smith, both of which came out this fall. Machado has followed her brilliant short story collection Her Body and Other Parties with a kaleidoscopic exploration of an emotionally abusive lesbian relationship. With such chapter titles as "Dream House as Fantasy," "Dream House as Unreliable Narrator," and "Dream House as Spy Thriller," Machado surveys her experience from a variety of angles. In "Dream House as Choose Your Own Adventure," she writes: "You shouldn't be on this page. There's no way to get here from the choices given to you. You flipped here because you got sick of the cycle. You wanted to get out. You're smarter than me." (Machado also contributed to this year's essay collection The March Sisters: On Life, Death, and Little Women, in which she, Kate Bolick, Jenny Zhang, and Jane Smiley each focus on one March sister. An inveterate Alcott fan, I devoured it.)

I've loved Patti Smith's music since I was a kid, but in recent years Smith has become one of my favorite authors as well--which makes sense, as she has always been a writer who became a rock'n'roll singer, not the other way around. Unlike her previous memoirs (Just Kids and M Train), Year of the Monkey moves seamlessly between autobiography and a dream-like fiction (so seamlessly, I wasn't always sure which was which). Chronicling 2016 and its immediate aftermath, the book lets politics intrude more directly than in Smith's previous works as the election looms over everything: "I thought of Thomas Paine's words: These are the times that try men's souls. Outside, the rain ceased but high winds remained. And what was truth remained the truth. It was the last day of the Year of the Monkey and the golden cockerel was crowing, for the insufferable yellow-haired confidence man had been sworn in, with a Bible no less, and Moses and Jesus and Buddha and Mohammed seemed somewhere else entirely." As the book delineates the final days of Smith's long-time compatriots Sandy Pearlman and Sam Shepard, it champions the sustaining power of art, literature, and music in the midst of change and death.

One of my writing projects of the past several years has been a series of poems inspired by classic horror films, so I was enthusiastic to read House of Psychotic Women: An Autobiographical Topography of Female Neurosis in Horror and Exploitation Films by Kier-La Janisse. Combining memoir and film criticism to show how horror films help her understand her own neuroses, and vice versa, Janisse writes insightfully about such films as Cat People, Repulsion, and Let's Scare Jessica to Death. The book added exponentially to my to-watch list (and I am grateful it alerted me to the Mario Bava film The Whip and the Body, featuring Christopher Lee), and though a number of the films discussed are too gory or disturbing for my taste, Janisse's writing about them is always fascinating.

Lisa M. Bradley's novel Exile is a wild, dystopian brew of over-the-top violence, sex, and vibrant characterizations. It was the characters (and the edgy, poetic prose) that kept me glued to this book, especially protagonist Heidi Palermo, who seeks to escape from her abusive family and her long-quarantined Texas town.

Last year I was floored by Dorothy B. Hughes's 1947 crime novel In a Lonely Place, which made me eager to read more by Hughes. This year I read The So Blue Marble (1940) and The Blackbirder (1943). Both are accomplished, twisty thrillers; The Blackbirder especially impressed me, with its all-too-relevant focus on Nazis and perilous border crossings.

Tananarive Due's collection of short fiction, Ghost Summer (2015) recasts horror tropes in fresh and arresting ways. In "Summer," an exhausted mother thinks twice about exorcising the docile demon that has possessed her hard-to-manage child. "The Lake" is the tale of a schoolteacher who preys on teenage boys and finds herself turning into an even more predatory lake creature. Due was an executive producer of this year's Horror Noire documentary (directed by Xavier Neal-Burgin), which explores the role of black Americans in horror films such as Night of the Living Dead, Blacula, and Candyman, as well as the opportunities--and, often, the lack thereof--black actors and directors have found in the genre.

This year I watched and rewatched a ton of classic and not-so-classic movies, especially in the horror and noir genres. My favorite film of 2019 was Jordan Peele's terrifying and at times very funny doppelganger extravaganza Us. I also adored the BBC One/HBO series Gentleman Jack, based on the diaries of trailblazing lesbian Anne Lister (1791-1840). Suranne Jones portrays Lister, in her quest to find a wife, with pathos and panache.

Gwynne Garfinkle lives in Los Angeles. Her work has appeared in such publications as Uncanny, Strange Horizons, Dreams and Nightmares, Through the Gate, Not One of Us, and Lackington's. Her collection of short fiction and poetry, People Change, is available from Aqueduct Press.
Posted by Timmi Duchamp at 6:00 AM

Speaking of psychological-themed horror-ish films, have you ever seen a Japanese film from the '60s called Blind Beast? You may really like it.