The Pleasures of Reading, Viewing, and Listening in 2019, pt.1: Isaac R. Fellman 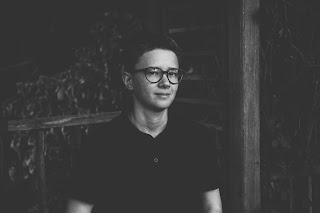 This year I came out as trans and started a job as an archivist at a queer historical society, so a lot of my reading was trans history and memoir. It turns out that doing this will revitalize a reading life; I spent too many years reading exclusively about people whose lives I didn’t instinctively understand, and assuming that all lives must be like that. I do highly recommend reading work about people whose lives you don’t instinctively understand, but not for thirty-six years without a break.

Jordy Rosenberg, Confessions of the Fox

This one’s written in fog and fire. It’s a rousing eighteenth-century melodrama; it’s an audacious seizure of trans history; it’s a work of literary theory influenced by José Esteban Muñoz; it’s a piss-take on Pale Fire. It’s a love story. It’s secretly genre! I haven’t read anything like it, and probably shall not again.

Lou Sullivan (edited by Ellis Martin and Zach Ozma), We Both Laughed in Pleasure

An edited volume of diaries or letters is a tricky balance. You need to create a tantalizing miniature of a tantalizing thing, something that feels like a satisfying and informative story but also conveys the incompletion of the archives. Ellis and Zach bring off the trick brilliantly with their candy-colored book, which captures Sullivan – freewheeling, sexy, often in pain and often a victim, working hard to articulate his identity as a gay trans man to a country that wasn’t ready for him – at his literary finest.


Allan Bérubé, Coming Out Under Fire

Bérubé’s topic – queer servicepeople during the Second World War – may seem highly specialized, but if you were just going to read one book on queer history, this is the one I’d recommend. It’s not just about the few years of the war; it’s about how Americans came to understand queer identity, how the war quickened the forces that would lead to both deepened bigotry and growing liberation. It’s also beautifully written, with a keen sense of how to temper traumatic moments with pleasurable ones.

Emily Skidmore, True Sex: The Lives of Trans Men at the Turn of the Twentieth Century

I have less to say about this one, but it’s seeped into the marrow of my thought. It’s a fantastically adroit extrapolation, mostly from news coverage, of elusive transmasculine lives at a very specific historical moment. Skidmore demonstrates the broad range of reactions to these men (sometimes negative, sometimes quite positive) – and the ways the public interpreted their stories to create narratives about what gender, citizenship, and race mean.

A vital document of queer life two centuries ago, from domestic details to the startlingly recognizable drama between Lister and her local cadre of queer women. These women formed complex friendships, relationships, and jealousies, and they always seemed to want each other in exactly the wrong configuration. It is startling to encounter a full-on scene in rural Yorkshire after the Napoleonic Wars, but such there was. Lister observes the community’s foibles with the cutting pen of an Alison Bechdel, although it’s devastatingly hard to be Bechdel in a world where there are no therapists and virtually no concept of coming out. Still, I don’t think Lister would want our pity.

Terry Castle, The Professor and Other Writings

Michael Dillon, Out of the Ordinary

I don’t know why the wealthier class of trans men before 1950 were so drawn to careers in medicine. Maybe they were fascinated with the potential and the apparent limitations of the body. Maybe it was just a prestigious professional job that offered certain butch satisfactions. But regardless of why, Michael Dillon was a trans man and a doctor (and a Buddhist monk, and a minor British peer, and a good deal more besides). His story of an experimental medical transition just after the Second World War is riveting, although the latter half of this memoir needs a content warning for Dillon’s casually exoticizing view of the people he met on his travels.

Mirlees’ 1926 fantasy novel is one of those books that both codifies a genre and blows it up. A twisty, Wildean narrative, pulsating with queer subtext that’s barely under the surface, it’'s about life in Lud – a dull, prosperous city just over the border from eldritch Fairyland, whose leadership are obsessively anxious about the possibility of young people crossing the border and returning with dreams that the city can’t bear. None of the directions this takes are in any way predictable.

The “X meets Y” school of book marketing can be deeply frustrating, but sometimes it really is the best way to explain the grand plate tectonics that make a book special. To this end, this is Minecraft meets No Exit, and you will never find that combination anywhere else.

I haven’t included books by my friends on this list (though one of the editors of the Lou Sullivan book is my friend). There’s a curse associated with befriending writers, at least for me. The line blurs between your memory of the book and the memory of their conversation; the book starts to feel like a slightly different artform, with the conversation mixed in, and it can’t be comfortably compared to other books anymore.

That said, three of my friends have written extraordinary books recently, which I’d otherwise have put on this list. Grace Lavery’s Quaint, Exquisite: Victorian Aesthetics and the Idea of Japan is a honed epee of delicate and perfectly sharpened thought. In February, we will finally see the glory of Something That May Shock and Discredit You, Daniel Mallory Ortberg’s alchemical book of essays, short comedy pieces, and trans Biblical exegesis. Lastly, I tore through an ARC of Julian Jarboe’s upcoming debut collection, Everyone on the Moon is Essential Personnel, like a raccoon tearing into a paper bag of the most delicious garbage imaginable. I cannot wait for everyone to be properly introduced to Julian.

Isaac Fellman is an archivist in Northern California. He writes sharp, painterly science fiction and fantasy about his various preoccupations: art history, extreme survival, toxic love, queer identity, and terrible moral choices. Most of his protagonists are great at exactly one thing and are continually prevented from doing it. Isaac is transgender, and initially published The Breath of the Sun as Rachel. The Breath of the Sun won the Lambda Award for Best LGBT Science Fiction/Fantasy/Horror Fiction.