The Pleasures of Reading, Viewing, and Listening in 2019, pt.11: Octavia Cade

Favorite Reads of 2019
by Octavia Cade 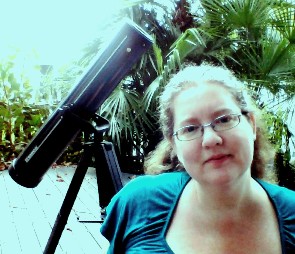 Goodreads tells me that, as of writing, I have read 241 books this year. Some of them were longer than others. Some of them were better. The two are not often connected – while I try to read as widely as possible, my personal preference is for speculative fiction. Fantasy, science fiction, and horror, and the first of these, especially, tends to doorstopper length. I have increasingly little patience with books the size of bricks, but that doesn’t mean I don’t come across the odd one worth the word count. More of that later.

Anyway, 241 is a lot of books to choose from. And because it can be hard to compare different genres, I thought I’d pick the four most interesting books I’ve read this year, knowing that they’re not really comparable. They’ve not all been published this year, though one of them has. They may not even be the most enjoyable books I’ve read this year, certainly, though I think they’re the ones which will have, and will continue to have, the biggest influence on me; on the way that I think and the way that I write.

So, fiction first. The most interesting general fiction book I’ve read this year is the oldest of the bunch. First published in 1989, John Irving’s A Prayer for Owen Meany is one of those doorstopper exceptions. I’ve read one or two of Irving’s books before and was largely indifferent to them, but with Owen Meany I was riveted. The construction of it was just so seamless, and the emotional punch at the end was incredible. I adored it.

My favorite speculative fiction book was quite, quite different – a novella written by a friend of mine, Andi C. Buchanan. From A Shadow Grave only came out six weeks or so ago, but as we’re part of the same writing group I’d read drafts of it before and quietly gone away to gnaw on my own prose in abject jealousy of theirs. Andi’s writing is just gorgeous, and they use a historical murder at the center of their novella. They story, set in Wellington, New Zealand, takes as inspiration the death of seventeen year-old Phyllis Symons, whose body was dumped at the construction site of Victoria Tunnel. Her ghost is said to haunt the Tunnel, and even today there is a tradition of people honking their car horns as they pass through it, to either ward off the poor girl or to simply acknowledge her. Anyway, Andi re-imagines a number of futures for Phyllis, both in afterlife and actual life, after a rescue that never came. It’s beautifully written and, like Owen Meany, so well constructed that I couldn’t put it down.


My favorite piece of speculative nonfiction was Space Sirens, Scientists and Princesses: The Portrayal of Women in Science Fiction Cinema by Dean Conrad. I actually reviewed this for Strange Horizons, and it has stayed with me. Primarily, I think, because of the clarity of the prose. This is an academic book, written by an academic, yet Conrad avoids the terrible, turgid prose that often comes out of academic work. It’s absolutely accessible, and – given some of the academic writing disasters I have come across this year, the less said of them the better – is a very welcome change. Conrad’s conclusion is that the way women are presented in science fiction cinema is largely cyclical. That presentation goes through stages of breaking-out and originality, followed by consolidation and satire. It is extremely well-illustrated with examples of the genre, with special attention being given to Ellen Ripley, Princess Leia, and Dr. Zira from Planet of the Apes.


The best book I read this year though, easily beating out even these wonderful texts, was Naomi Klein’s This Changes Everything: Capitalism vs. the Climate. It is ruthlessly well-researched, absolutely terrifying, and should be required reading for everyone. It’s also the size of a brick, but sometimes you have to push through because the length is justified. There’s not a wasted word here, not a fraction of a meandering off-topic, and such focus is chilling. As it should be. Climate change is a clear and present danger, and the refusal to recognize it as such is supported by far too many people. If you haven’t read this yet, get yourself down to your local library. It’s not pleasant reading, but it’s necessary.

Octavia Cade is a New Zealand writer. Aqueduct Press published her second poetry collection, Mary Shelley Makes A Monster, this fall. The first, Chemical Letters, about a woman who spends her afterlife trapped in an apartment building modeled after the periodic table, was published by Popcorn Press and nominated for an Elgin award. Her stories have appeared in Clarkesworld, Strange Horizons, and Shimmer, as well as lots of other places. She’s won three Sir Julius Vogel awards for speculative fiction writing. She attended Clarion West 2016 and will be the 2020 writer-in-residence at Massey University/Square Edge.
Posted by Timmi Duchamp at 6:00 AM