The Pleasures of Reading, Viewing, and Listening in 2019, pt.7: Andrea Hairston

Taking My Mind On Safari
by Andrea Hairston 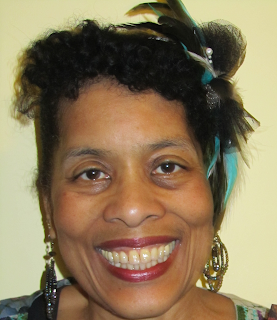 A few weeks ago I visited the Book Moon in Easthampton, MA, a new independent bookstore that Kelly Link and Gavin Grant opened this fall. I love bookstores. I love walking through the words and pictures, feeling a hum of thoughts and possibilities, glimpsing dreams, nightmares, and maps that might reconfigure my imagination. Bookstores are magic. An independent, brick-and-mortar store opening is cause for celebration!
It was a raw November evening, getting dark way too early. Anger at the state of things—the climate, the country, my knee, my back, the fool who thinks the arts aren’t rigorous like engineering—was bubbling in my gut. I felt exhausted from fighting stupid battles, over and over. Bored, not inspired, by the same old same old. But as I walked into Book Moon, my spirit lifted. Shelves jammed with books climbed to the ceiling. Tables were covered with journals and volumes of who knows what. This was my world, my universe, calling to me, challenging me to shake off the blues and take my mind on safari.
Gavin Grant was a welcoming host, guiding me through the shelves and aisles: used books, bright and cheery and ready for a new home; weighty art books and atlases of other worlds, glamorous new releases—mysteries, space operas, biographies, and guides to good living. Gavin was about to recommend a book, but he stopped and asked, “Do you still read science fiction and fantasy?”
Given that I write sf & f and have read a lot of it, could it still offer pleasure, insight, surprise? Did sf & f still feed me? Had I lost the sense of wonder? Sitting in Maleficent II, I thought the filmmakers bludgeoned us with special effects. They drained the magic from their story with over blown spectacle and left nothing for the theatre of our own minds. Too much empty-calorie spectacle—everywhere, every day, the STORM OF THE CENTURY pummels us. I have indeed picked up a few sf & f books, read 20-50 pages, and found thin spectacle plots laid out in the title. I have cringed at colonial tales, kleptocracy celebrated with artistic flare and a progressive sheen…the might-makes-right Master Narrative offered up uncritically, and so I’ve put these book down, but—
“Yes, I still read science fiction,” I told Gavin.
I bought the book he suggested—Version Control by Dexter Palmer, a thoughtful time-travel novel about what it means to be human in the science fictional universe that we have created and that creates us. The serendipity of Gavin’s recommendation impressed me. I’m doing research for my next novel on the social-cultural-techno reality of social media, surveillance capitalism, and machine learning. Version Control fit right in with non-fiction books I’ve been reading:
The Cyber Effect by Mary Aiken, a deep dive beyond utopian idealism and commercialism to understand how human beings/society have been changed, compromised, or exploited by the digital age.
Race After Technology by Ruha Benjamin, an eloquent exploration of the ubiquitous algorithms of oppression that maintain and amplify White supremacy, kleptocracy, and inequality. 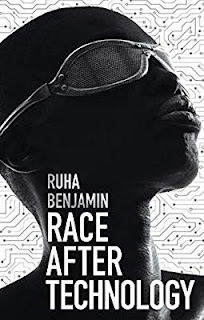 The Age of Surveillance Capitalism—the fight for a human future at the new frontier of power by Shoshana Zuboff, a thorough examination of how tech giants like Google, Amazon, and Facebook steal our data, our “behavioral surplus” and turn it into Big Data, into power and profits. Like Benjamin’s Race After Technology, Surveillance Capitalism is an exposé of Big Data wizards who cast a mind control spell that could be the demise of our participatory democratic dream.
Ten Arguments For Deleting Your Social Media Accounts Right Now by Jaron Lanier, and Nudge—Improving Decisions about Health, Wealth, and Happiness by Richard H. Thaler and Cass R. Sunstein also deal with invisible coercion and the challenges of maintaining our humanity in the 21st century.
All these books explore the mystique of the algorithm, the mythology of absolute objectivity and infinite choice. The authors analyze and clarify our romance with social media, Big Data, Big Tech. At the turn of the 21st century, tech gurus proclaimed we’d soon all be living online—virtual reality would reign supreme. Of course all reality is virtual, filtered through culturally-tuned biological senses. Didn’t need digital tech to achieve that. We have no direct, unmediated contact with “brute” reality.  We see/feel/hear/experience what our cultures allow/expect.
Try to wrap your tongue (mind) around a language you don’t know, play music with intervals and rhythms you can’t parse, see colors you can’t name. Try to understand values or perspectives that are alien. Try imagining trees, fungus, bacteria as protagonists in their own stories. Read The Hidden Life of Trees by Peter Wohlleben, Mama’s Last Hug by Frans de Waal, Gifts of the Crows by John Marzluff and Tony Angell, or Beyond Words by Carl Sarafina. 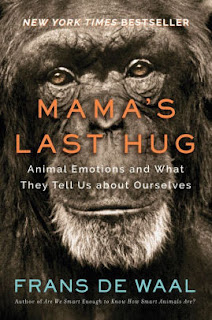 Reading about plants and animals as the subjects of their own lives is a revelation. Young trees feed a mama elder stump and scent the air with warnings so trees down the road might turn bitter and discourage foragers. Chimpanzees, elephants, crows, and orcas mourn their dead, plot revenge, rescue the helpless, beam at old friends, or trumpet, or whistle and soar. Wohlleben, de Waal, Marzluff, and Sarafina challenge the mindset that plants and animals are merely objects at our disposal. These books disturb the virtual reality in which we humans are the exceptional subjects of an otherwise object-universe.
Glamorous, 21st century digital platforms capitalize on the colonial myths of inevitable and superior European progress to mystify the colonizing of our planetary future.  Our 21st century techno-wizardry gives the illusion of choice by manipulating what people want and monopolizing what they can get; the illusion of objectivity by fronting neutrality; the illusion of connection and intimacy by activating anxiety, amplifying fear, and stimulating pleasure centers. Which is to say, our marvelous tech is entangled in our biological and social realities. Technology is not the good guy or the bad guy, not the cause or the solution to our dilemmas, but it is a tool of the powerful to determine whose story we live, whose story we tell, whose story matters. The powerful may be striving for absolute monopoly, a totalitarian dream that we agree or acquiesce to. Still they are not all-powerful.
We have access to these incredible tech tools as well. I had the pleasure of going to a lecture by, Yeshimabeit Milner, the founder of Data For Black Lives, a group of activists, organizers, and mathematicians committed to abolishing Big Data. To quote Milner, a data scientist, “Data is power. Big Data is fascism. To abolish Big data would mean to put data in the hands of the people who need it the most.”
Try imagining your enemies as mortal, as sane.
Many people argue that the tech giants who determine our interface with the digital world are too big, too powerful to take down and we (poor commoners, marginalized grunts, mere mortals) are too weak. So we must submit. Let the big guys (mostly guys) have their way with us and somehow—behind their backs perhaps—we salvage what we can of ourselves. This is a familiar lament in the long-running Master narrative. We have to change that story, explode the romance, the mythology. We’re living in the post-apocalyptic colonial dystopia. We have to be like Harriet Tubman, believing in freedom and making an underground railroad with our spirits to our dreams. See the film Harriet and get fired up. 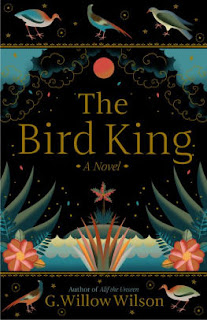 So yes, I still read science fiction and fantasy to experience other worlds, other possibilities. History wasn’t inevitable, neither is the future. Sf & f gets me to do the journey from self to other, helps me decolonize my mind, helps me imagine the world I want.
The books that made me read to the end:
The City in the Middle of the Night by Charlie Jane Anders—on a faraway planet in a distant future, humans and aliens bond to save their world from human-created eco-disaster.
The Poppy Wars by R. F. Kuang— a historical fantasy based on the Second Sino-Japanese War where a young woman warrior seeks the power of the gods to fight the brutal invaders.
The Bird King by G. Willow Wilson—In 1491, right before Muslim Grenada falls, a concubine and her best friend, a mapmaker, escape the confines of the sultan’s palace and the threat of the inquisition in order to find another world.
The World That We Know by Alice Hoffman—in 1941 Lea’s mother and a rabbi’s daughter create Ava, a golem who must protect Lea as she flees the Nazis.
The City of Brass and The Kingdom of Copper by S. A. Chakraborty—a story-telling feast about a con artist who calls forth a djinn and finds herself caught up in the fantastic power struggles, adventures, and romance of the six djinn tribes. 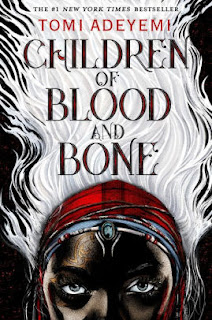 Children of Blood and Bone by Tomi Adeyemi—magic, a gift from the gods, has been banished from the world. Those who once wielded it are oppressed. A young woman and her allies seek to bring magic back in this novel inspired by Yoruba cosmology.
Do not settle for the illusion of insignificance. Take your spirit on safari. Go to Book Moon or Broadside Books or any independent bookstore. You can visit them online! Find the magic, the heat, the laughter and challenge. Find the inspiration for a marvelous future!

Hairston is author of Will Do Magic For Small Change, finalist for the Mythopoeic Award, Lambda Award, Tiptree Award, and a New York Times Editor’s pick. Other novels include: Redwood and Wildfire, a Tiptree and Carl Brandon Award winner, and Mindscape, winner of Carl Brandon Award. These novels were published by Aqueduct Press. She has also published essays, plays, and short fiction and received grants from the NEA, Rockefeller Foundation, and Ford Foundation. Andrea is a Professor of Theatre and Africana Studies at Smith. Tor.com will publish Master of Poisons in Sept 2020.
Posted by Andrea Hairston at 6:00 AM