The Pleasures of Reading, Viewing, and Listening in 2019, part 3: Lisa Tuttle

Pleasures of Reading 2019
by Lisa Tuttle 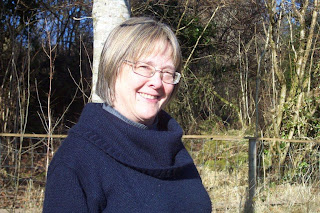 I don’t consider myself a book snob; I love movies and watch a lot of television – and unlike back in the 1970s, when I spent a few years watching and reviewing American network TV for my actual living, there’s no longer any need to apologize for “staring at the box”, or any reason to be snobbish about anything made-for-TV: ours is the most amazingly rich time for television, better than seemed even remotely possible last century. So many channels, so many providers, so many great (or at least interesting) new series, mini-series, and one-off dramas (not forgetting comedies, quiz shows, concerts, documentaries and more), that for the first time in my life not only do I never find that there’s nothing I want to watch, but I’ve even had to decide not to get started on something that I’m pretty sure I would enjoy, because we’re already recording four or five other things this week, and do I want to add another one, for another six or eight or more weeks? When would I have time to read? The yet-to-be-watched movies and TV episodes that have mounted up on the box seem daunting at times, but they are as nothing compared to the multiple stacks and shelves of unread books in my house.

And I love reading. Books were my first love, before I even saw my first movie, and maybe they’ll be my last.

I first read The Handmaid’s Tale in 1986. I was already a big fan of Margaret Atwood – mostly for her novels and poetry, but I even bought her book about Canadian literature (Survival: A Thematic Guide to Canadian Literature ), despite having no particular connection to or interest in the subject. Although it is not my favourite Atwood novel, I have always found her dystopian vision of misogyny and religious mania in America to be compelling and brilliant, and while it seemed far-fetched to me, back in the more hopeful and progressive 1980s, when I re-read it three or four years ago, The Handmaid’s Tale seemed far more horrifically prescient about America than I could ever have imagined.

When I heard that Margaret Atwood was writing a sequel, I was excited – and I am not normally excited about sequels to books that stand perfectly well on their own. But, more than three decades on, it seemed as if Margaret Atwood was not only the author of a classic to stand alongside Orwell’s 1984 (can you imagine the excitement if Orwell had survived into the 1960s and announced he was writing 1985?) but might actually be a living oracle, here to tell us more about what was to come....and even advise us how best to respond.

I bought The Testaments the week it came out – no way, this time, that I was going to wait for the paperback, or sign up to a waiting list at the library. I read it immediately, and at a gallop. It is a very readable book, and very different in tone and style and story from the first bleak and chilly evocation of Gilead through the eyes of Offred – just as it should be, considering the ways 2019 is different from 1985. But I have not been able to work out what I think of it yet – it might take another, closer reading. Or maybe it requires something else. Because, as I read, I suspected that The Testaments was not a sequel to the earlier novel, but had been written in response to the to the television series.


That might not bother most readers, and is perhaps inevitable. But apart from the first episode, I did not watch the TV version of The Handmaid’s Tale, and I don’t want to. I’m not knocking it; I just didn’t feel like subjecting myself to what was clearly going to be a very grim, realistic, protracted depiction of a brutal American theocracy violently oppressing women and other social subversives.

The original novel gave me plenty of food for thought, as well as things to get angry about. And even if it means I can’t properly appreciate The Testaments, it was still well worth reading – it is one of my top ten reading memories of the year. The others – out of the 68 books I’ve finished reading to date -- are:


The Dollmaker by Nina Allan


The Lonely City by Olivia Laing


Her Body and Other Parties by Carmen Maria Machado


To Be a Machine by Mark O’Connell


Theory of Bastards by Audrey Schulman


Never Anyone But You by Rupert Thomson

Lisa Tuttle is the author of numerous novels and short story collections. Her most recent novel is The Curious Affair of the Witch at Wayside Cross. She has also published nonfiction and more than a dozen books for younger readers. In 1974 she won the John W. Campbell Award for Best New Writer and, in 1987, the BSFA award in the short fiction category. Aqueduct Press published her novella My Death in 2008 (which is now available as an ebook). Born and raised in Houston, Texas, she has made her home in a remote rural region of Scotland for the last twenty years.