The Pleasures of Reading, Viewing, and Listening, pt.6: Rachel Swirsky 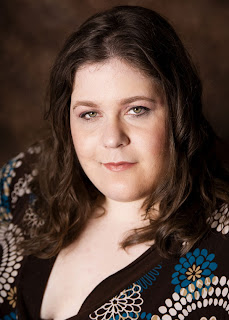 In the Trump era, I do less reading than I did in the eras before. Instead, I have been feeding my narrative addictions with some wonderful television shows. TV is getting to the point where I can apply the same critical faculties to it that I do to fiction.

For instance, The Good Place is a comedy about philosophy and the afterlife that you've probably heard of before. Eleanor Shellstrop wakes up in the not-heaven but-basically-heaven afterlife--but she's not supposed to be there. The show's sophisticated engagement with the discourse of academic philosophy is the only thing like it I've seen on TV.

Russian Doll is the most sophisticated single-arc season of television I've ever seen. It follows the story of a woman who dies over and over again, only to begin again at her birthday party in the kind of situation we tend to associate in the US with the movie Groundhog Day. While the show is left open to continue after the first season, if it ends where it is right now, it will still be a satisfying narrative. Great characterization and conceptual development.

Bojack Horseman, while using a superficially light-hearted cartoon format, is experimenting with form and structure in a more sophisticated way than anyone else. Episodes wind together with strange flashbacks and metafictional intrusions, using techniques from literature and from the stage in a disjunctive narrative in which never lets the viewer settle into an easy view of the world.

Two of these are Netflix original series, and I don't think that's coincidental. The original content flourishing on Prime and Netflix has been able to get weird and smart and interesting fast, without having to deal with the rigorous network requirements for broad popularity. I'm excited to keep watching where TV goes next, even while the rest of the world seems to keep exploding.

Rachel Swirsky is an award-winning literary, speculative fiction and fantasy writer, poet, and editor living in California. She was the founding editor of the PodCastle podcast and served as editor from 2008 to 2010. Her novella "The Lady Who Plucked Red Flowers Beneath the Queen’s Window" won the 2010 Nebula Award and was also a nominee in the Best Novella category for a 2011 Hugo Award and in the Novella category of the 2011 World Fantasy Award. Aqueduct published her short fiction and poetry collection, Through the Drowsy Dark, in 2010.
Posted by Timmi Duchamp at 6:00 AM