The Pleasures of Reading, Viewing, and Listenin in 2018, part 16: Susan diRende 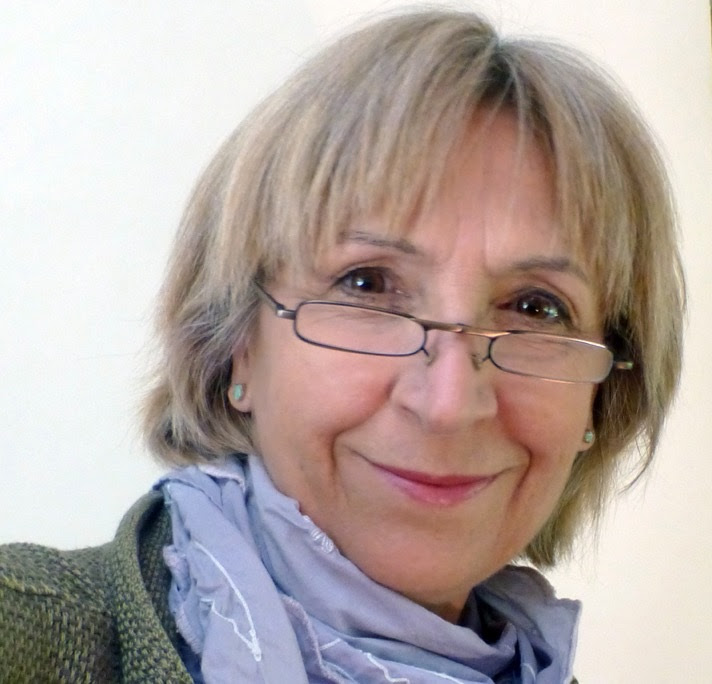 Worldbuilding for This World and Others
by Susan diRende


Worldbuilding has been on my mind, so I see it everywhere. Political pundits on talk shows. Advertisers on my Facebook feed. My sister.

It seems everyone does it to some degree. I suspect that it is some fundamental process of mind, that the dog on the cushion across the room lives in a “world” that forms the foundation upon which he knows his place and how to act. If I made a scale of worldbuilding skill with the dog anchoring one end and with either theoretical physicists or the best speculative fiction writers on the other, most folks would end up much closer to the canine. Political animals in particular seem to create flat worlds just to fit ideologies and fall into the trap that Magritte’s The 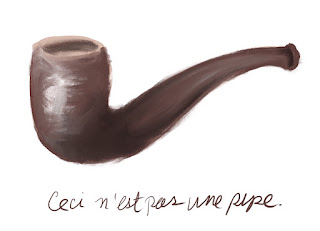 Treachery of Images demonstrates. The 20th Century was filled with the horrors of ideology-driven states fueled by pre-internet mass communication. It may be that the 21st will grow such monstrosities exponentially. Which is why I think quality worldbuilding that illuminates minds to possibility rather than trapping them in certainty is desperately needed.

In my reading, I’ve come across ideas that have made me feel the same way I do when I see fireworks in the night sky. I don’t know if it will be the same for you, but if you’d like to check these suggestions out, I hope you’ll tell me. Maybe we can begin a dialogue, do some meta-worldbuilding. Or we could just have coffee. 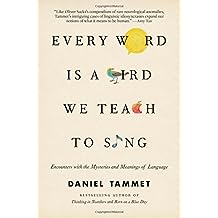 1. Every Word is a Bird We Teach to Sing by Daniel Tammet

The beginning of this book describes the author’s journey into understanding language the way the rest of humanity does. Words carved  paths entirely through his brain, connecting with areas ours cannot and skipping over what most of us recognize as meaning in places. Here was a fellow human with all the same senses who revealed to me how shallow and prosaic every concept I had had of an alien mind really was. NOTE: I highly suggest listening to the audiobook read by the author. It multiplied my understanding to hear him talk about what the world looked like from inside his head.


2 .You Are Not So Smart by David McRaney; Thinking: Fast and Slow by Daniel Kahneman; The Undoing Project by Michael Lewis

I’ve been fascinated by the ways the mind fools you, and while you might think of these books as giving insight to character, the fact that the unconscious mind not only hides reality from our conscious mind but manages to erase the traces of its treachery all in the name of maintaining our psychological equilibrium and physical energy reserves. If you like your nonfiction light and fun, I can recommend again David McRainey’s You Are Not So Smart. But if you want more substance, the ideas in Nobel Prize winner Daniel Kahaneman’s book, Thinking: Fast and Slow has become a mainstay of psychological thought. If you prefer your science embedded in stories about people, the book The Undoing Project talks about Kahneman and his partner, Amos Tversky, as they upended the foundations of psychological study back in the 1970s. 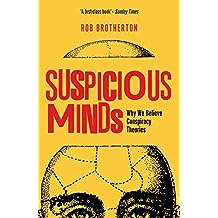 If you have a political bent and want to find a way to address the current rise of fundamentalism in works, these books offer some fascinating perspective. The introduction to The Shipwrecked Mind lays out an interesting way to look at the contrasting revolutionary and reactionary worldviews that underpin socio-political movements. If nothing else, it’s a fresh perspective on what we’re facing in the world today. And, if I may conjecture that folks writing in this genre belong mostly to the group who see change and progress as the direction of history, his focus on examining the reactionary power as an equal and not lesser force is something we should understand rather than dismiss out of hand.

In Suspicious Minds, Rob Brotherton looks at how the human mind is overtaken by conspiracy thinking and how being conspiracy minded colors your view of every event. 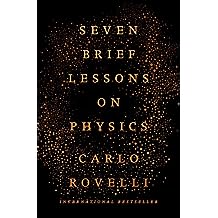 
If you’re more inclined toward the science side of speculative fiction, this book is a must if you haven’t already read it. Actually, I enjoy all of Rovelli’s books, and this one is a quick and easy introduction to the outer horizon of what science currently understands in seven discrete areas of inquiry, setting you free to work within or speculate beyond.

Susan diRende ran away from college and joined the circus at 20, where she learned how to step outside the boundaries just far enough to get a laugh. Ever since then, she has been writing, painting, performing, and directing with the goal of bringing about illumination and transformation through laughter. She has won awards as a playwright, screenwriter, filmmaker, and performer. A multilingual US/EU citizen, she currently is living the vagabond life with no fixed abode, chasing images and ideas wherever the impulse leads. Aqueduct Press published her novella, Unpronounceable, in 2016; it received a Special Citation for the Philip K. Dick Award.