The Pleasures of Reading, Viewing, and Listening in 2018, part 4: Brit Mandelo 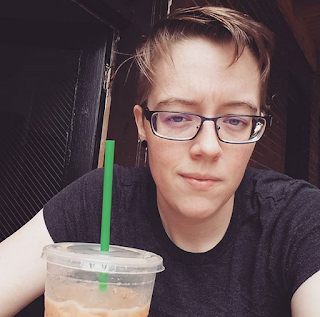 Pleasures of 2018
by Brit Mandelo

2018: both the longest year and the fastest I’ve lived to date, seems like. Politics these days will do that to a person, I guess? As usual I’ve read a mix of things over the past twelve months, some for review and some just for me. Of all the books reviewed at Tor.com this year, some favorites (longform reviews linked!) include:

• The Descent of Monsters by JY Yang, the third Tensorate novella—just as queer and genderfluid as the previous two, while also immensely fun in terms of its prose structure.

• Space Opera by Catherynne M. Valente, best described as “Eurovision in Space,” is wholesome and aggressively hopeful—plus hilarious in the vein of Douglas Adams.

• Monster Portraits by Del and Sofia Samatar, a mélange of art and prose poetry that spoke to me on an academic level as much as it did a personal one.


Given that I was writing a novel for the majority of 2018, almost all of my personal reading took other forms like comics, poetry, YA, or nonfiction. On the comics front: My Lesbian Experience with Loneliness and My Solo Exchange Diary by Nagata Kabi struck my fancy. They have a fascinating pink-and-grey color scheme, fun sketchy art, and an extremely intimate emotional approach to being a young queer woman with depression in Japan. On the flip side, My Brother’s Husband by Tagame Gengorou explores issues facing queer men in Japan—as well as single parenthood, what makes a family, and so on. It’s quiet, domestic, and moving (plus, it’s nice to see Tagame’s loving artistic treatment of larger men’s bodies in this context).

Yes, Roya by C. Spike Trotman and and Emilee Denich is, to be direct, a porn comic set in the 60’s, featuring a dominant woman, her submissive husband, and their new younger male lover. The comic is definitely hot; it also treats bisexuality, interracial relationships, and comics publishing for women with a thoughtful seriousness. The Pervert by Remy Boydell and Michelle Perez is about a trans woman’s experiences of sex work, gender confirmation, and survival. The art is a mix of anthropomorphic animal characters and straightforward human characters, which creates an intriguing contrast, particularly in sexually explicit scenes. Totally different, as it’s a young-adult comic, there’s the overwhelming cuteness of The Princess and the Dressmaker by Jen Wang—queer and genderfluid in approach with cartoon-adjacent, charming art. It’s a heartwarmer for sure. 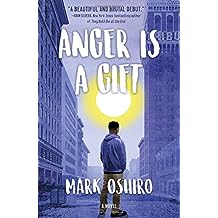 The poetry collection Prelude to Bruise by Saeed Jones is intense and astounding. His poems about rural queer masculinities and Black experience, particularly combined, are worth reading for everyone whose hands I could press them into. (Also, follow him on Twitter.) Anger is a Gift by Mark Oshiro, a young adult novel, has a real and pressing approach to police brutality, young resistance, and trauma—it’s a hard read, emotionally devastating but important. Picture Us in the Light by Kelly Loy Gilbert is also a young adult novel, balancing coming of age and coming into one’s queer identity, falling in love with a best friend, and intergenerational struggles of immigration and citizenship. It also has some of the most striking lines I read this year about the emotional connections people form in love.

Lastly, it would be remiss not to mention The Merry Spinster: Tales of Everyday Horror by Daniel Mallory Ortberg—he has been and remains a treat to read, funny and sharp and poetic, with a handy grasp on genre and its functions. Strongly recommended, this one. And while I rarely read true crime (for all the reasons you’d expect), I’ll be Gone in the Dark by Michelle McNamara was a gripping, thoughtful exploration not just of the Golden State Killer case but also the genre itself, a memoir and investigation all at once that bends its approach self-reflexively in a manner I found extremely compelling. 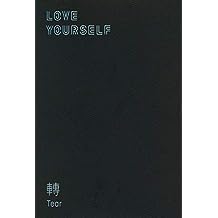 This won’t come as a surprise to anyone who follows me on Twitter, but musically, this has been the most intense year to date for me as a fan of BTS with the release of their Love Yourself albums. I’ve been in that club since 2016; watching them rise to international stardom, including speaking engagements at the United Nations on youth culture, has been immensely satisfying. It’s great to see a set of artists who are passionate and humble and proud about their work succeeding beyond their wildest dreams. The larger thematic project they’ve undertaken matters, too, in a divided and contentious global popular culture: encouraging openness, self-acceptance, kindness, and honest approaches to mental health is a huge deal. To do so through music that’s also fucking fantastic, with unreal stage presence and a consistently personable social media presence, is notable. Kim Namjoon made a point to acknowledge gender identity and race specifically in his UN speech, which tracks with the band’s public-facing support of queer rights and artists as well as heavily queer-coded and/or queer-friendly content in their own lyrics.

I was able to attend their October concert in Chicago from a front-of-pit position and it was life changing. In a year where I’ve needed positivity surrounding healing and growth, they’ve given that to me. “Love yourself” sounds like a simple directive, but it isn’t, and their music acknowledges that as well. As an American, the significance of decentralizing white Western artists as the be-all, end-all in entertainment matters—and it’s great to see these young men from South Korea gaining more and more traction for their skill and message across the globe. I’m just very here for their specific focus on kindness, self-reflection, and purposeful development as steps toward being a good person. I’m also interested in how their mold-breaking approach to the k-pop industry will benefit future up and coming bands in terms of artists’ treatment and rights.

As for other content in the “radical positivity and healthier approaches to masculinity in pop culture” mode, I finally started listening to the McElroy brothers. I’ve made it through a significant portion of The Adventure Zone (Balance, the experimental arcs, and half of Amnesty); I’ve also watched their short TV program and listened to other related podcasts. There’s something about their willingness to listen, to learn, and to try so very hard that is soothing. Not to mention they’re absolutely hilarious. The Nancy podcast at NPR has also been a good source of workday listening that brings in a variety of contributors on topics both contemporary and historical that I might not otherwise encounter.


I didn’t watch much television, though. Finishing Anthony Bourdain’s Parts Unknown after his suicide was wrenching, but I did do it. His hopeless despair at what some humans have done to the world and to other human beings, particularly via colonialism, is both relatable and in hindsight sobering. It is possible to see, when watching, the weight of his knowledge crushing him. On a lighter note, Salt, Fat, Acid, Heat was tender and enjoyable. It ended before I expected—quite a short season! I hope she’ll do more. (If you’re sensing a theme: yeah, I mostly watched food tv all year.) Queer Eye’s reboot filled my heart two times over with soft feelings and a touch of hope for the future. I was particularly moved by AJ’s episode in the first season. As for movies: Call Me by Your Name wrecked me quite thoroughly while Love, Simon lifted me up; Collette was hot as fire and delightfully sharp about art, love, and sexuality through a historical lens (also, the film featured trans actors!). I watched Netflix’s Hill House adaptation and hated it so much, artistically and personally and politically, that I’m choosing not to acknowledge it further.

The takeaway: content that fills my emotional well and emphasizes the possibility of hope despite trauma has been good—because this is a dark time in the world and maintaining the ability to exist, to struggle, to cope, to even be happy, is a significant factor in being able to enact any resistance. Visibility matters, pleasure matters, and despite 2018’s broad issues with the fallout of SESTA/FOSTA and corporate control over the internet (looking at you Tumblr), healthy sexuality that integrates with our humanity matters. I want to keep on keepin’ on in that direction.

Brit Mandelo  is a writer, critic, and editor. They have published two books, Beyond Binary: Genderqueer and Sexually Fluid Speculative Fiction (Lethe Press, 2012) and We Wuz Pushed: On Joanna Russ and Radical Truth-Telling (in Aqueduct's Conversation Pieces series). Brit has been a nominee for various awards in the past, including the Nebula, Lambda, and Hugo; their work has been published in magazines such as Clarkesworld, Tor.com, Stone Telling, Apex, and Ideomancer.
Posted by Timmi Duchamp at 6:00 AM