The Pleasures of Reading, Viewing, and Listening in 2018, part 18: Carrie Devall 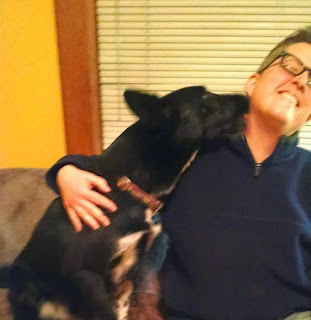 Pleasures of 2018
by Carrie Devall

I should be able to say I read a lot of good books this year by people whose names you'll know, because I bought them with every intent to read them this year. Of course, they ended up in nice stacks with books I bought in 2017. A New Year's resolution to get through the stack without distraction might be in order.

Instead, I spent most of my free time either catching up with the news or studying Finnish somewhat obsessively. I've been running a conversation/study group, watching the very random TV shows and videos available for free here in the U.S. (Au Pair reality shows, soap operas, WWII and wildlife documentaries), and reading books for Finnish toddlers.

Though of course I would love to read my favorite Finnish novels in the original, it would be nice to be able to at least read Anku Ankka (Donald Duck) comics without having to look up every other word. Currently, I am able to read books along the lines of Richard Scarry classics and news headlines better than Google Translate, but that's not saying much.

I did manage to do some other reading, especially in the beginning of the year, mostly getting to fiction from 2016 and  2017. Early on, I used one of the President holidays to enjoy Sam J. Miller's The Art of Starving in one or two long sittings. The style was strong and fresh, and the core of the book rang true, especially in centering the power and control issues involved in eating disorders. I bought Blackfish City, but have not gotten to it because hardbacks are not great for standing-room- only commutes. My girlfriend liked it, though.

I also finally got to Autonomous, by Annalee Newitz, and found it engaging and slightly reminiscent of several of Melissa Scott's novels. Sometimes a geeky swashbuckling gene pirates type of story really hits that spot. 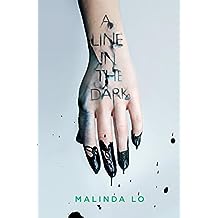 I also enjoyed Malinda Lo's A Line In the Dark, both for the dark teen drama and murder mystery.

2018 was a good year for diverse movies and TV, from Black Panther onward (which other people have covered adequately all year.) Apparently a Time's Up study of the 350 top-grossing films released worldwide from January 2014 to December 2017 just found that films with female leads earned better global grosses than the much more prevalent films with male leads. Also, films that passed the Bechdel test also earned higher. Who would have guessed, huh.

I like to learn about how movies were made as much as watch them, and root for new writers and directors to manage to keep working against all the odds. One of the highlights of trolling through the crowded fishbowls full of podcasts this year was finding "Don't @ Me," a podcast hosted by Justin Simien, the creator of Dear White People, through public radio station KCRW. I found this while looking to see what writer/director Cheryl Dunye had been doing lately, as I've done from time to time since she wrote, directed, and acted in Watermelon Woman. The meaty, funny interview of her hooked me in, but the podcast has continued to bring a variety of great TV and film 'creatives' as guests. The discussions are engaging and frank, and cover how the guests got their start, the background for their films/shows, what's next, and lots of dirt about the business. A short list includes Lena Waithe (The Chi, Master of None), Barry Jenkins (Moonlight), Zazie Beets (Atlanta, Deadpool 2), and Ava DuVernay (Selma, Wrinkle in Time, Queen Sugar).

Along similar lines, I love to listen to people really delve into their reading and reception of a movie or book that has a lot of layers. The discussion of the movie Sorry to Bother You on episode 323 of the "Geek's Guide to the Galaxy" podcast, with Evan Narcisse, Tananarive Due, and Craig Laurance Gidney stood out in this respect. I had been wanting to see this movie since the trailer came out, and stalked reviews, but conflicts kept coming up when I thought I might go. Their discussion was a nice stopgap while stuck doing boring tasks.

I also discovered the debut movie of writer/director Desiree Akhavan, Appropriate Behavior, from 2014, just in time to see it before her latest, the adaptation of The Miseducation of Cameron Post. She also acted in Appropriate Behavior, and it's a blast back to the style of autobiographical independent films like Go Fish (but better). It showed great promise, but I was still pleasantly surprised by how gripping the film of Cameron Post was despite the horrible setting (a residential conversion 'therapy school'). I more recently read the novel, to see what was different and how it ended. It made me appreciate the movie that much more for how it used the physicality and visual subtext capability of film to deepen the conflict and irony.

I skimmed a lot of nonfiction about climate change and related topics. In searching for books, I randomly picked an older biography, On a Farther Shore: The Life and Legacy of Rachel Carson, by William Souder. I don't know how this stacks up against other biographies of Carson, but it was interesting in terms of its focus on her writing style, how she developed her books (particularly The Sea Around Us and Silent Spring), and how she navigated the publishing industry to try to make a living as a writer. The machinations of the chemical and other industries to turn the media against Silent Spring were amazingly disorganized and amateurish compared to today. The story of how she fought back, even as she fought the cancer that killed her, was a reminder that having solid research and shocking people with the bare facts is no longer enough.

A random documentary I enjoyed on DVD, from the library, was Rumble: The Indians Who Rocked the World, from director Catherine Bainbridge in 2017. The music is great, from Link Wray, Slash, Jimi Hendrix, Buffy Sainte-Marie, and others.

Last but not least, speaking of great music, my teenaged niece graced me with a visit this summer, tagging along with my parents. I was terrified of boring her to death (even though she is a good sport), but I managed to get some of the scarce tickets for West Side Story as revamped by the Guthrie Theater in Minneapolis. My niece was taking a day off from her summer internship at a theater, and is a big fan of Rent and Hamilton. I was worried that West Side Story would be too dated for her. I also wondered how it played in 2018. However, the new choreography of Maija Garcia and the diverse casting brought it out of the dusty past, and Bernstein worked his magic to score Auntie a few points. Not being able to get "I Feel Pretty" out of my head is a small price to pay.

Carrie Devall writes from Minneapolis, MN, where it rains a lot thanks to global warming.