The Pleasures of Reading, Viewing, and Listening, part 14: Beth Plutchak 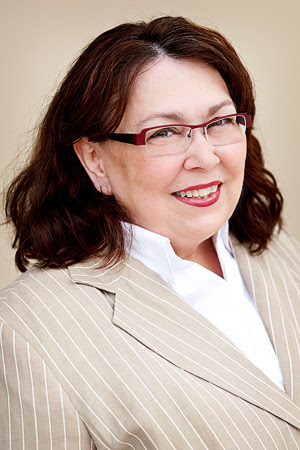 Reading and Playing in 2018
by Beth Plutchak

Last year I was beginning to worry that I could no longer read books. Between all the scare stories that are published about how reading online—on iPads and phones—is destroying our brains and my own level of anxiety (I have the trifecta of an inherited anxiety disorder, PTSD due to domestic violence, and Trump) I was having trouble picking up a book and finishing it.

I spent a lot of time playing video games (good anxiety relief—trust me). The best are when I can totally immerse myself in make-believe worlds and take on the over-the-top, yet life-threatening/life-altering missions of the hero. I’ve been playing video games since Pong made it to the tv screen via Atari in the early 1970s. (Seriously, all you “real gamer” boys if you weren’t around to see Pong for the first time in someone’s home and know what a game-changer that was, how can you call yourself a real gamer?)

I prefer story-focused games and had been a huge fan of the Final Fantasy Series. I replayed some classics last year. Final Fantasy X which genre crosses science fiction and fantasy in a future world where science is shunned and magic is real. This particular cross-over gives me the same rush that reading Andre Norton did when I discovered her as a child. I first played this many years ago with my son, taking turns as we progressed through the story. My partner (who is not a gamer) wandered in and out often enough to follow the story. At the end when we found out that reality was not what we wished it was, we all cried. 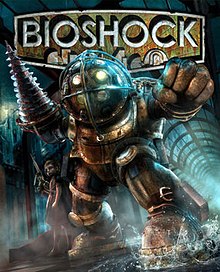 In FF XII and XIII I was able to put together all-female teams to make my way through the game. These teams were heavily weighted to magic and archery, not my first choices, but, you know, all girls. The only thing better would have been if there were a few mothers, motherhood being pretty much the defining reality of my life. I replayed all of the Bioshock games. I’ve found myself wishing often in the last few years that Paul Ryan could be required to play Bioshock and see what happens when you take Objectivism to its inevitable conclusion, instead of, you know—the rest of us experiencing it.

I received The Last of Us for Christmas. I’d put that one off because zombies scare me. This game met my distracting and apocalyptic yet not quite real needs. Post-apocalyptic nightmare—check; individuals learning from their mistakes—check; the importance of family—check. Many of the women I knew who played this game were not happy about the limited amount of playtime you got as Ellie and how little agency Joel allowed her. As a mom, I had no trouble identifying with Joel. I would do anything to keep my children safe, whether they approved or not. (For comparison, my kids are in their forties.) I totes would have made the decision Joel did at the end.

I put off upgrading to a PS4 for a long time. My FF addiction was not going to get me there after the release of XV, a male bonding road trip with no female playable characters. I finally broke down for Horizon Zero Dawn. Playable female protagonist—check; compelling storyline—check; post-apocalyptic future—check; science fiction/fantasy cross-over—check. However, Horizon Zero Dawn is problematic in its use of Native American imagery and stereotypes. Dia Lacina does a better job of explaining this than I can .

I’ll probably keep replaying the games I’ve enjoyed in the past while waiting for a game that hits all the right buttons. I think Virginia Wolf’s Orlando would make a great video game.

I did manage to read a few books last year and, like the year before, they were mostly nonfiction. I hadn’t followed Kameron Hurley’s blog, so all of the essays in The Geek Feminist Revolution were new to me. Examining fandom and the industry are of especial interest to me. I got so excited when I found out that she had lived in Alaska that I reached out to her on twitter. Her experiences mirrored mine in so many ways I was momentarily sure our paths must have crossed. Apparently at the time I left Alaska, she hadn’t been born yet. Sigh. People are so young these days.


I read a number of non-genre related nonfiction books, including Thinking Fast and Slow by Daniel Kahneman and re-read Complexity: The Emerging Science at the Edge of Order and Chaos, by M. Mitchell Waldrop. Both of those were in service of my ongoing project of using the science of complex adaptive systems to understand social change. I’ve been taking detailed notes of this non-fiction reading. My notes on Complexity are now on Goodreads. My resulting essay “The Edge of Chaos and the Failure of Progressivism” is looking for a home. (Boy, does the Atlantic get their rejections out fast.) 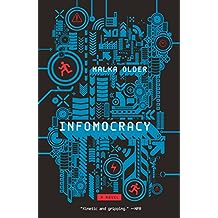 In my mundane life I am a researcher and a member of the Association of Independent Information Professionals, so the first book of Malka Older’s Centenal Cycle Infomocracy was a treat. AIIPers are a pretty small, pretty select group and what we do is a mystery to most people, but Older’s book read like it could have been about us. What fun. The next two are on my nightstand waiting to be read.

I’m a lifelong reader and lover of books. I got in trouble with the nuns in school for reading ahead in the reader. I love books. My collection includes copies of Dickens that are over one hundred years old, not valuable copies mind you, ratty well-thumbed copies from a library sale when I was a child. Used—well-used copies. I love books as objects. The thought that in the digital age perusing my iPad every morning, scanning articles and no longer reading them whole I may have lost my ability to finish books frightened me. But, I think I’m past that now. Taking notes while reading nonfiction has helped.

The love of books and books as objects in my grandchildren also helps. This Thanksgiving I took the middle grandchildren to the fiction library in my bedroom and let them choose a few novels to borrow. They were impressed by the number of books in my room. The two year-old sat on the floor carefully turning the pages of The Geek Feminist Revolution. If there was a “camel” on the cover there must be more camels inside. Books remain, and I too have stories to tell.

Beth Plutchak is a writer and consultant. After a twenty-year career in commercial banking she started her own business doing economic development and marketing consulting. Economics and social justice inform all of her work. She was the editor of the WisCon Souvenir Book for WisCons 21 through 29. Aqueduct Press published Boundaries, Border Crossings, and Reinventing the Future in 2017 and her collection of short fiction, Liminal Spaces, in early 2018.