The Pleasures of Reading, Viewing, and Listening in 2018, part 11: Sofia Samatar

My Year in Translation
by Sofia Samatar


This has been an exciting year in reading for me, partly because I’m on the jury of the 2019 Best Translated Book Award, which means I’ve been reading lots of books that have just come out in English. Even outside my reading for the award, I found myself drawn to translated literature and stories of movement between languages. Call it my year in translation.


Patrick Chamoiseau’s Slave Old Man, translated by Linda Coverdale, is a dazzling, complex, and moving novel. Published in 1997, it only arrived in English this year, and I can’t help wondering how the course of black studies in the anglophone world might have been different if we’d had access, two decades ago, to this story of an escaped slave, the hound that pursues him, the forest that surrounds them, and the slippery, uneven spacetime in which everything happens and of which everything is made. It’s a startling book, historical and otherworldly at once, and Coverdale’s skill allows Chamoiseau’s language experiments to irradiate English in a marvelous way. 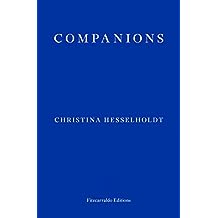 Other new books in translation took me north. Christina Hesselholdt’s Companions, translated by Paul Russell Garrett, is an homage to Virginia Woolf’s The Waves, and a story of intersecting lives in contemporary Denmark that grows deeper and more powerful by the page. The Endless Summer, by Madame Nielsen, another Danish author, is translated by Gaye Kynoch. A single summer unfolds through the eyes of “a young boy, who is perhaps a girl, but does not yet know it,” and, as in Companions, the narrative flows from one character to another, this time exploring how a love affair between two people ripples through multiple lives.


Anne Serre’s The Governesses, translated by Mark Hutchinson, is one of my best reads of 2018: a dreamlike novel that infuses an immense amount of energy, eroticism, and utter weirdness into its few pages. And then, also filed under weird, there’s Comemadre by Roque Larraquy, translated by Heather Cleary, which starts out with a tale of gruesome 20th-century experimentation (some doctors want to explore life after death, so they induce patients at their clinic to agree to have their heads chopped off, hoping the heads will say a few words before expiring), and ends with the autobiography of a 21st-century artist, involving uncanny doubles, extreme manipulations of the body, and the melancholy pursuit of fame.

Outside of awards-related reading, here are some highlights:

I Am the Brother of XX by Fleur Jaeggy, translated by Gini Alhadeff: I completely fell to pieces over Fleur Jaeggy this year, read everything by her in English, and want to recommend it all, but am limiting myself to this pulse-heightening, mind-expanding story collection. The frozen sea within you will crack. 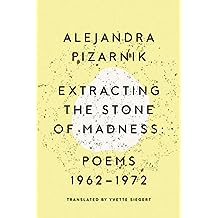 Extracting the Stone of Madness by Alejandra Pizarnik, translated by Yvette Siegert: Pizarnik’s brooding, tumultuous, insomniac poems, 1962 – 1972. “The powers of language are the solitary ladies who sing, desolate, with this voice of mine that I hear from a distance. And far away, in the black sand, lies a girl heavy with ancestral music.”


The Word Book by Mieko Kanai, translated by Paul McCarthy: This was a reread for me, and it was a delight to come back to Kanai’s supple, intricate stories, which bore me away so gently that it took me some time to realize the shore was no longer in sight.

An Episode in the Life of a Landscape Painter by César Aira, translated by Chris Andrews: Heaven help me, why have I not been reading César Aira? If my brain is a sky, this novella is sheet lightning. Like the painter in Aira’s wickedly reimagined biography of Johann Moritz Rugendas, I am marked for life.

This Little Art by Kate Briggs: A gorgeous essay on the “little art” of translation by a translator of Roland Barthes, this book is as searching, intimate, and risky as its subject. A fitting work to wrap up my year of reading in, around, and about translation.

Sofia Samatar is the author of the novels A Stranger in Olondria and The Winged Histories, the short story collection, Tender, and Monster Portraits, a collaboration with her brother, the artist Del Samatar. Her work has won several awards, including the World Fantasy Award. She teaches African literature, Arabic literature, and speculative fiction at James Madison University.
Posted by Timmi Duchamp at 6:00 AM